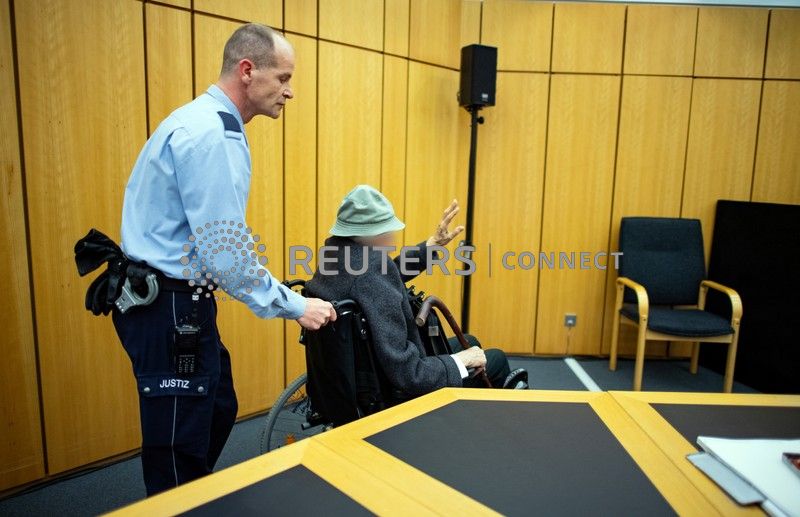 ATTENTION EDITORS: THE FACE WAS PIXELATED BY SOURCE BECAUSE OF LEGAL REQUIREMENTS - A 94-year-old wheelchair-bound man appeared in court in Muenster, Germany, November 6, 2018, accused of helping to murder hundreds of people at a Nazi concentration camp during World War Two, in what is likely to be one of the last such trials. The man, a former guard in the SS paramilitary wing of Hitler's Nazis who cannot be named for legal reasons, has denied the accusations. Guido Kirchner/Pool via Reuters

MUENSTER, Germany (Reuters) – A court in Germany has closed the trial against a 95-year-old former guard at a Nazi death camp because of the defendant’s health problems, almost certainly ending one of the last such Holocaust prosecutions. The defendant, a German who cannot be named for legalreasons, is now considered permanently unfit to stand […]