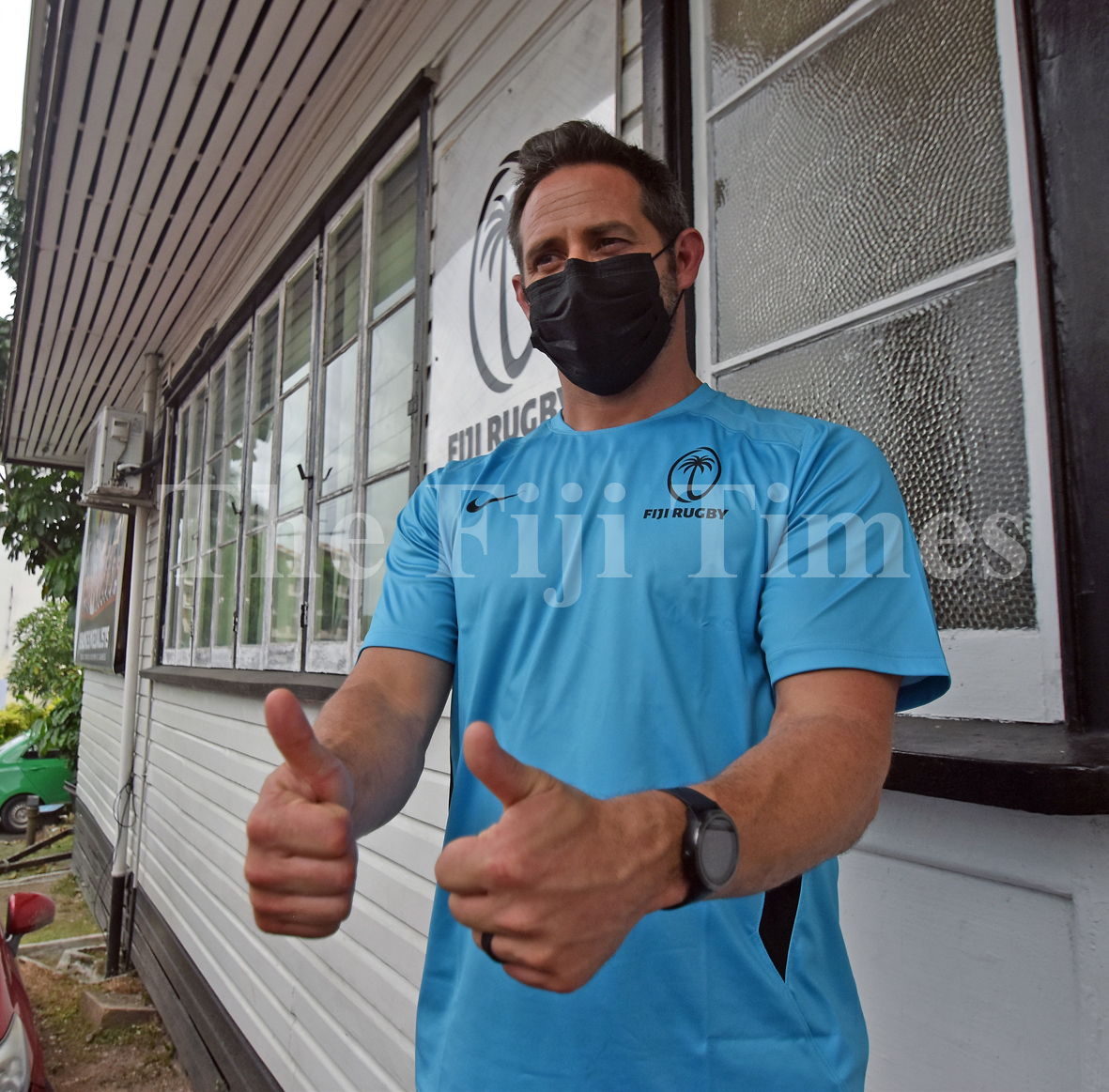 Men’s national 7s coach Ben Gollings’ priority is to “understand how the players play” as the team has a final hurdle to clear before being given the green light to be part of the HSBC World Rugby Sevens Series in Spain.

Fiji Rugby Union chief executive officer John O’Connor said they were waiting for the men’s results as they had one positive case.

“We are planning to send the men’s team as soon as they get their clearance to travel to Spain. Depending on their arrival World Rugby has kept the opportunity open for them to play some matches on Sunday and then we will prepare for the games in Seville,” O’Connor said.

“We are praying that all tests come back negative and we can play ahead and move forward.”

World Rugby reported it was yet to confirm if the Fiji men’s team would be able to arrive in time to participate later in the placement matches.

If the team plays its placement matches, Gollings will have a fair idea of the team as they head to Seville next weekend.

“I’m not just gonna come and say this is my way of playing and that is what we gonna do,” the former England 7s captain said.

“It is about observing what the players are doing, seeing how the players learn and how they play.

“I do that for training and post footage as we move into Spain and it would be silly for me to do many changes at this stage.”

He said his role would be to develop players and build on it as they moved beyond Spain.

“I’ll be looking to support the performance and make changes for the betterment of the team.

“A case of just observing, they’ve got their training method and routine and being able to see what they were doing.”

He said it was important to have a conversation and get to know them and start building from there.

He said his aim was to develop a relationship with the players.

World Rugby reported the Fiji men’s and women’s teams “are also currently unable to travel to Malaga and will not be replaced”.

“Opponents in their respective group matches will receive three match points for a ‘bye’ match and a score of 0-0 will be recorded for those games. In the absence of Fiji, Pool B will see invitational team Poland face Canada and USA in the pool stage.”

Meanwhile, O’Connor said the Fijiana 7s team would not participate in the Malaga and Seville 7s in Spain.

“Because of the spread of COVID-19 in the women’s team, they have been withdrawn from both competition,” he said.

The Fijiana 7s side played in both the finals in Dubai.