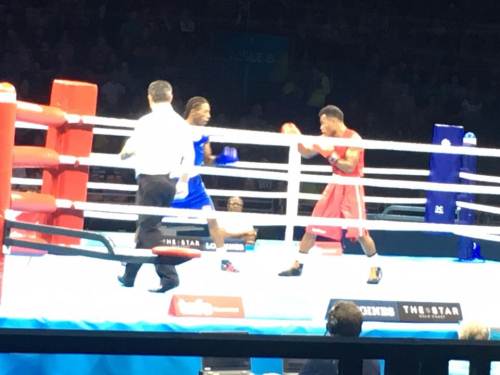 Update: 4:08PM IT was a challenging start for boxer Jone Davule at the 2018 Commonwealth Games on the Gold Coast in Australia losing his first fight to Louis Richarno Colin of Mauritius this afternoon.

Davule who competed in the men’s 64kg lost all three rounds to Colin.

It was a unanimous decision by the five judges of the fight as they scored in favour of the Mauritius boxer in the three rounds of the fight.