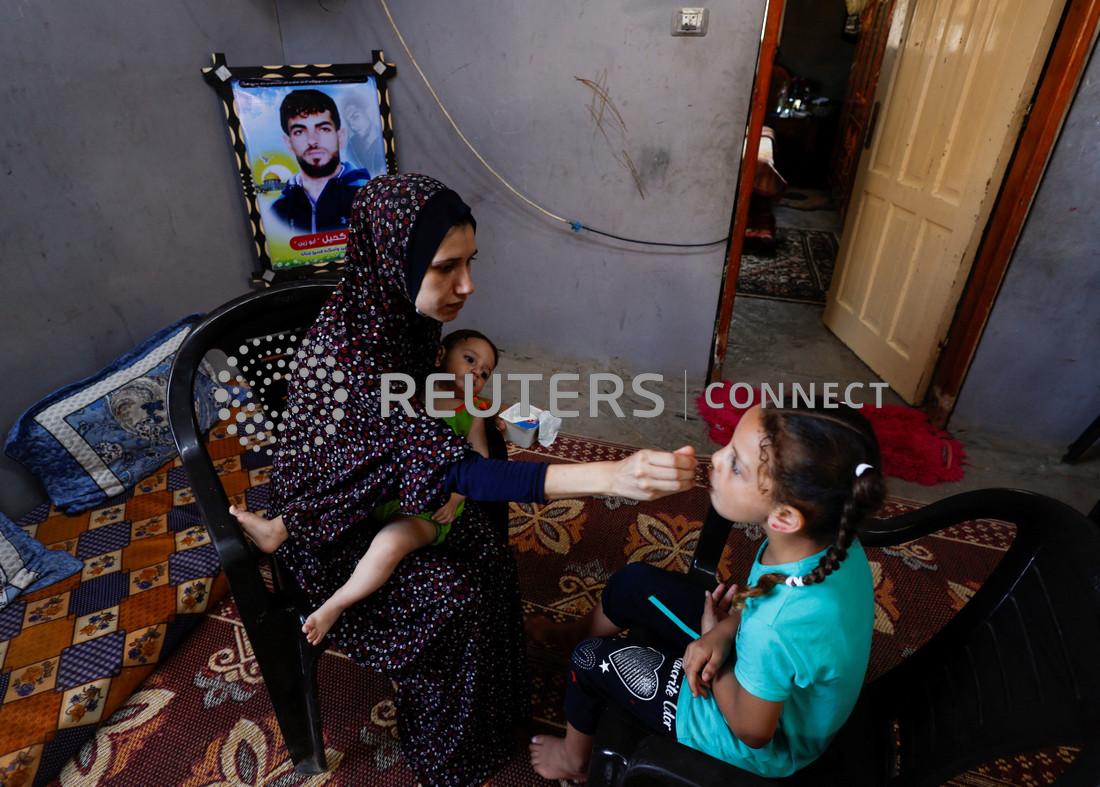 Wife of Shadi Khail, who was killed in the recent Israel-Gaza fighting, feeds her children at her home in Gaza City August 16, 2022. REUTERS/Mohammed Salem

“He said he was going to collect plastic and sell it and get diapers and milk for the boy. He was never back,” his wife, Asma, told Reuters in their three-room house in Gaza City. “He came in a coffin.”

At least 49 people were killed during a weekend of airstrikes and rocket fire that started on Aug. 5, the worst outbreak of violence in more than a year in the volatile Gaza strip, where some 2.3 million people live blockaded in a narrow patch of land.

Shadi Khail’s horse, which he used to carry the scrap metal and plastic he collected and sold for about $3 a day, was killed alongside him.

“He (Shadi) wished he could get me a good house as other people do. He had always told me he wanted to do so and so but there is no income,” she said.