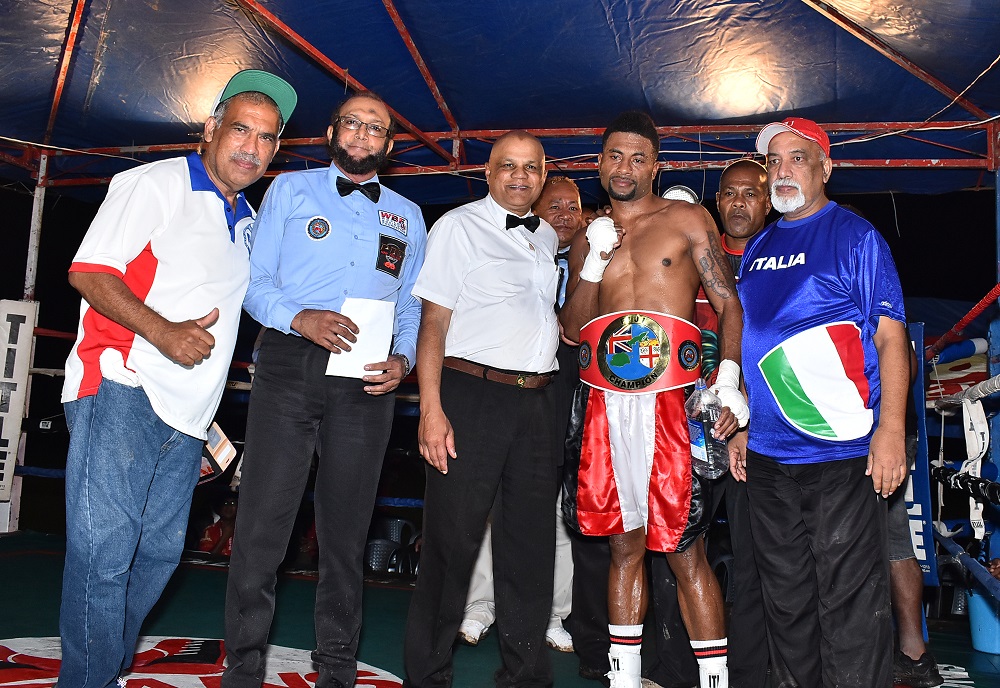 Gaunavou turned professional at the age of 26 years in 2015 had only six bouts under his belt compared with Chand’s 42 who debuted in 2000.

However his experience did not matter as Gaunavou proved to be sharper with his sleek skills. Gaunavou dropped Chand with a straight right in the sixth round.

Gaunavou was lost for words after being crowned the champion.

He said the mission was to take the title to Naitasiri and he achieved it on the night.

This after Sebastian Singh weighed 74.55kg against Siliveni Nawai who tipped the scale at 71.06kg with the contract weight for the Fijian middleweight title bout set at 72kg. Khan said this was nothing new from Sebastian as he was overweight in the bout against Bowyn Morgan in New Zealand last December.

“The BCF board should take a heed of this,” Khan said.

“Any boxer who signs a contract and does not come up with the right weight on the day should be penalised.

The first thing is for the purse to be reduced and then suspension for at least two programs.

“There is a lot of money involved in the preparations in the lead-up to the fight and there a lot of expectations there from the fans.”

The Fijian middleweight title bout was scratched from the program and Singh and Nawai fought in a super welterweight contest.