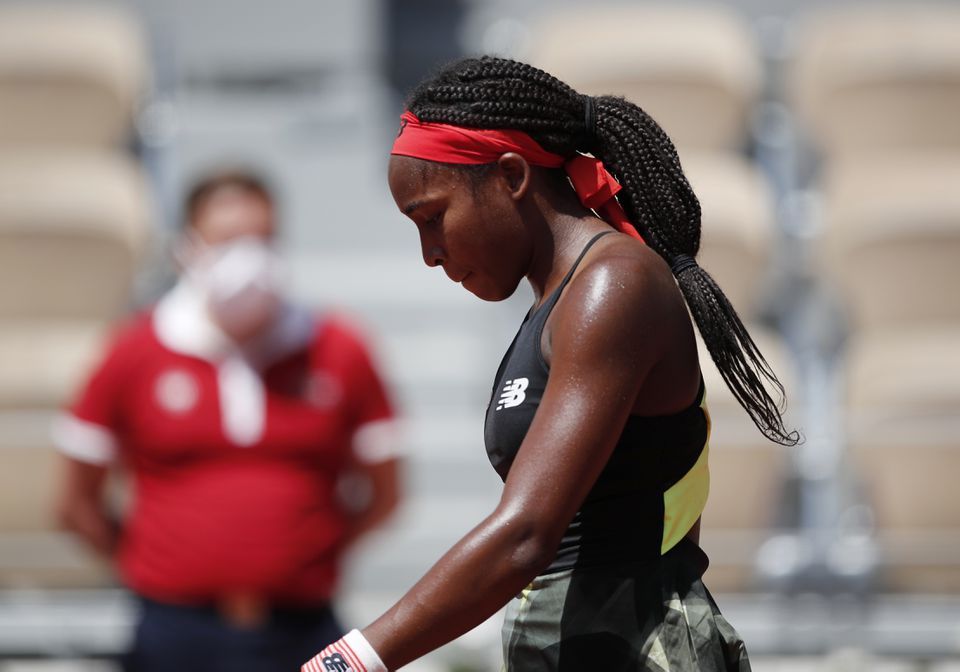 Coco Gauff has vowed to improve her decision-making on crucial points in future, after losing 7-6(6) 6-3 to 33rd-ranked Czech Barbora Krejcikova in the French Open quarter-finals on Wednesday despite having the upper hand.

Gauff, 17, had five set points in the opening set before Krejcikova turned the tables on the 24th seed in the tiebreak.

Krejcikova, 25, then raced into a 5-0 lead in the second set before clinching victory on her sixth match point to reach her first semi-final at Roland Garros.

“She played well in the pressure points. She also redirected the ball really well, kind of making me make mistakes. I knew she was going to play very smart tennis and play the high-percentage plays” Gauff told reporters.

“Next time… I’m definitely going to focus more on making less errors, just trusting myself on the set points. I feel like the set points I did have, I did play a little bit passive.

“That’s not kind of how I want to play tennis, I always want to play first-strike tennis. So that’s something I’ll work on.”

Gauff said the loss in what was her first Grand Slam quarter-final would be “on my mind for a couple days” but she is already looking ahead to Wimbledon, where she had a dream run to the last-16 in 2019.

“I’m excited to go back,” she said. “I think my most memorable thing I remember from Wimbledon is just the crowd experience.

“That was one of my first matches in a big stadium like that, playing against really great people like Venus Williams. It kind of just was the start of my career and making it on the pro tour.”

Gauff also said she had no qualms about travelling to Tokyo for the Olympics amid a pandemic.

“I’m definitely planning on playing the Olympics, I don’t have any concerns,” she added. “I’m just happy that even though today didn’t go my way, I guess my result here contributed to making the Olympics.”