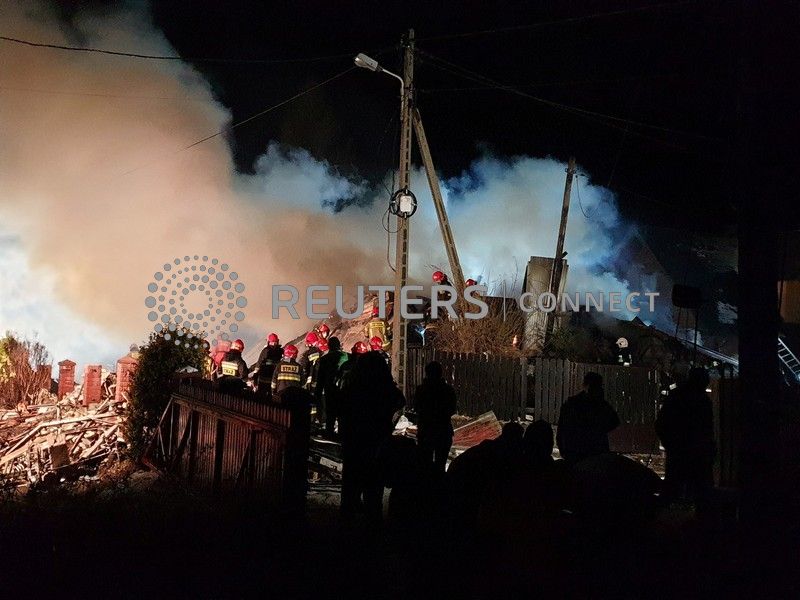 Firefighters work at the site of a building, levelled by a gas explosion, in the ski resort town of Szczyrk, Poland December 4, 2019 in this image obtained from social media. Radio Bielsko via REUTERS

(Reuters) – A three-story building in the Polish ski resort of Szczyrk in southern Poland collapsed on Wednesday following a gas explosion, a local police spokesman said.

Police said it was not clear yet whether anyone had been buried under the rubble. Eight people lived in the building.