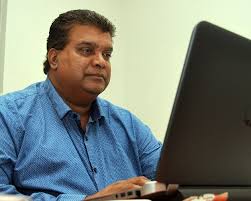 This has been confirmed by Fiji Football Association chief executive officer Mohammed Yusuf.

He said it was critically important for the Bula Boys to play international matches against quality opponents ahead of the Oceania Football Confederation (OFC) World Cup Qualifiers in late next March.

“We feel the friendlies that the national team will be playing are going to get them to gain a better understanding of what to do in different situations.

“The two friendly matches should be very helpful for the players to understand the individual tasks and roles of each footballer selected to represent the nation.

“It will also show them how to co-operate and work together as a team, both in attack and in defence.

“The friendlies will enable the players to better understand each other’s roles in the national team as we prepare for the important tourney in Qatar.

“The fact that we are getting to play a team that is ranked higher than us in the FIFA rankings, will give us a good reading of where we stand at the moment.”

Yusuf said the matches would be held in Suva.

“The friendlies will be played at the ANZ Stadium. We are trying to get a match during the afternoon and the other in the evening. “Hopefully, things will work out.”

Malaysia is ranked 154th in the FIFA rankings while Fiji is placed 161st in the world.