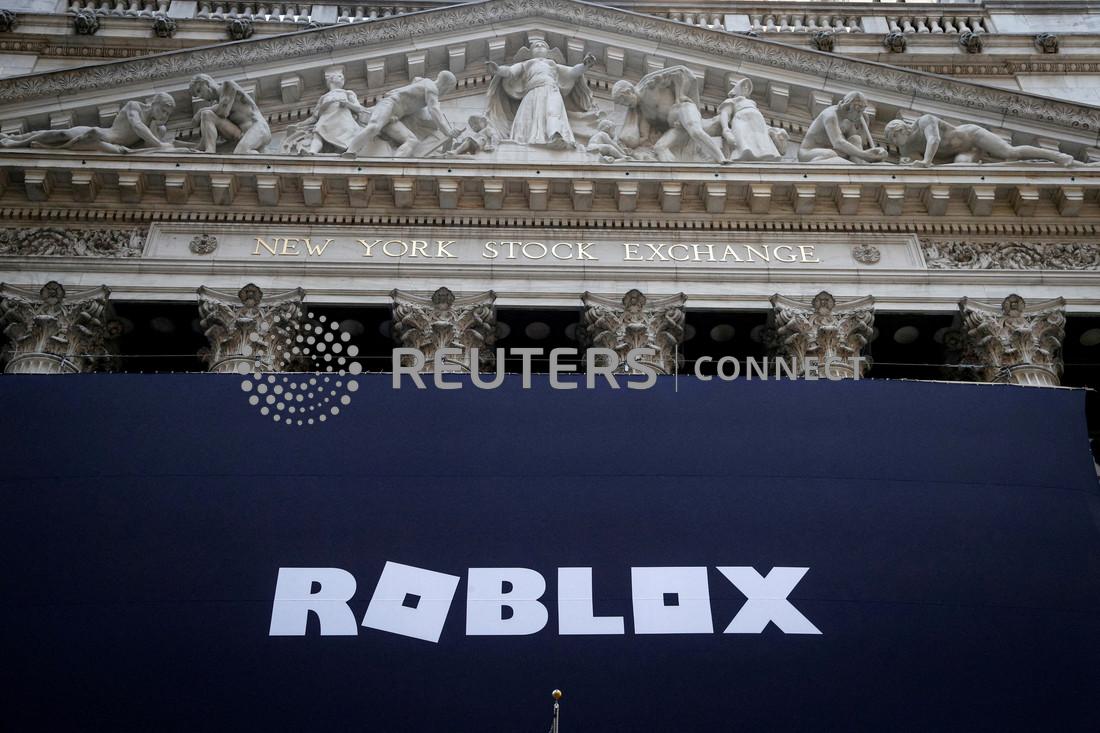 FILE PHOTO: The Roblox logo is displayed on a banner, to celebrate the company's IPO, on the front facade of the New York Stock Exchange (NYSE) in New York, U.S., March 10, 2021. REUTERS/Brendan McDermid

Meta declined to comment. Roblox and Snap could not immediately be reached.

A Discord spokesperson said the company has a “zero-tolerance policy for anyone who endangers or sexualizes children” but declined to comment directly on the lawsuit.

According to the lawsuit, which was seen by Reuters, the girl, S.U., was born in 2009 and began using Roblox when she was nine or ten years old. Roblox is popular with children under 13 but also has adult users.

Starting in early 2020, S.U. came into contact with adult men through Roblox, who encouraged her to sign up for Discord, Snapchat and Instagram to communicate with them, according to the lawsuit. None of the companies required parental consent, and Discord did not verify S.U.’s age even though it said it did not allow users under 13 years old, the lawsuit said.

The men exploited her by encouraging her to drink and abuse prescription drugs and send sexually explicit photos of herself, according to the lawsuit. One man allegedly persuaded her to send him money.

S.U. suffered severe mental health problems leading to suicide attempts and hospitalization as a result of her experience, the lawsuit said.

S.U. and her mother, C.U., claim the companies failed to take steps to keep minors using their platforms safe, and that Snap and Instagram encouraged addiction in children. They are seeking unspecified damages.