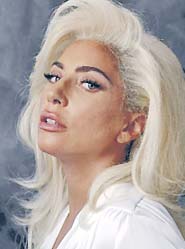 Kinney, 37, split from Gaga in 2016 after fi ve years together — and now tension is brewing between the singer and Cooper’s girlfriend Irina Shayk, reports The Sun.

The Chicago Fire star has not publicly acknowledged his former partner’s prestigious Academy Award win, but eagle-eyed fans noticed him seemingly take a dig at the singer-turned-actress on Instagram.

Earlier this week, Kinney shared a photo of himself alongside close friend Bryan Bickell.

One fan commented on the post: “Stoked you got away from Gaga #Hollyweird”. Although Kinney didn’t reply to the remark, he did appear to hint at his agreement by “liking” the comment.