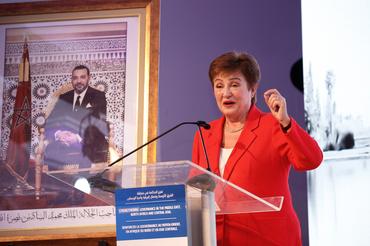 RIYADH (Reuters) – The world’s top economies called on Saturday for a coordinated response to the coronavirus outbreak, which the IMF predicted would lower China’s growth this year to 5.6% and shave 0.1 percentage points from global growth.

International Monetary Fund Managing Director Kristalina Georgieva presented the outlook to central bankers and finance ministers from the Group of 20 countries, but said the IMF continued to look at more dire scenarios. The China outlook is 0.4 percentage points lower than it was last month.

China reported a sharp fall in new deaths and cases on Saturday, but the World Health Organization (WHO) warned it was too early to make predictions about the outbreak and said it was concerned about the number of new infections in other countries with no clear link to China such as travel history or contact with a confirmed case.

“In our current baseline scenario, announced policies are implemented and China’s economy would return to normal in the second quarter. As a result, the impact on the world economy would be relatively minor and short-lived,” Georgieva said.

“But we are also looking at more dire scenarios where the spread of the virus continues for longer and more globally, and the growth consequences are more protracted.”

China, which was represented at the G20 meeting by its ambassador to Saudi Arabia as senior officials stayed away due to the growing crisis over the virus, has said it could still meet its economic growth target for 2020 despite the epidemic.