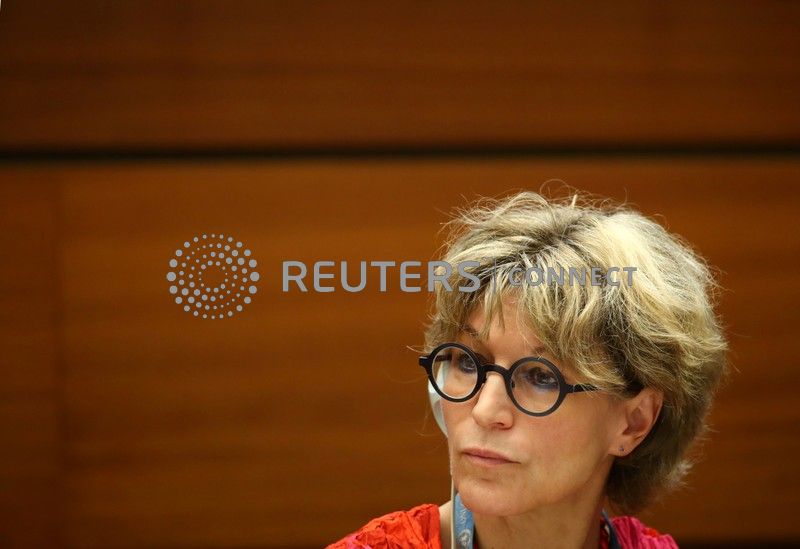 Agnes Callamard, U.N. special rapporteur on extrajudicial executions who issued report on the murder of Saudi journalist Jamal Khashoggi, takes part in a side event called "Silencing Dissident" during the Human Rights Council at the United Nations in Geneva, Switzerland, June 25, 2019. REUTERS/Denis Balibouse

GENEVA (Reuters) – The U.N. executions investigator said on Wednesday that leaders attending the G20 summit in Osaka, Japan, this weekend should press Saudi Arabia to take “full responsibility” for what she called the state murder of journalist Jamal Khashoggi.

Agnes Callamard was asked by reporters what delegations attending the G20 should raise in bilateral meetings with the Saudi delegation – headed by crown prince Mohammed bin Salman.

“I have insisted that the killing of Mr. Khashoggi is a state killing. It is not a killing by rogue officials as the government continued to pretend,” Callamard said in Geneva.

“It is therefore important that the countries that will be present in the G20 insist that the state of Saudi Arabia do take its full responsibility for the killing”,” she said.