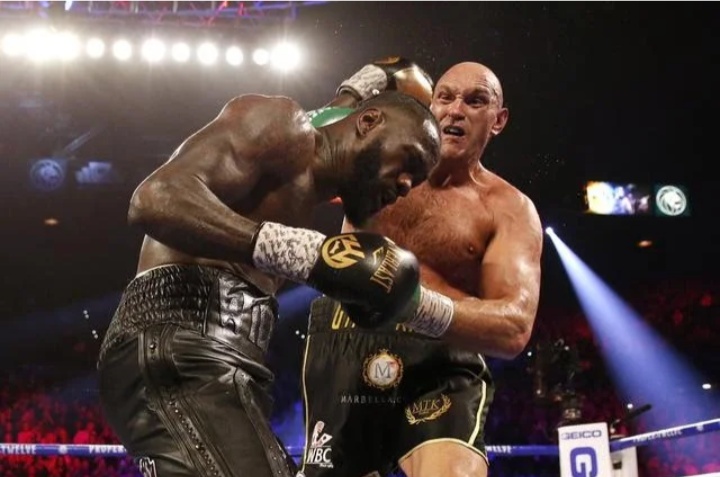 (Reuters) – Britain’s Tyson Fury delivered a dominant performance in his heavyweight championship bout with Deontay Wilder on Saturday, overwhelming his opponent to earn a seventh round TKO victory in Las Vegas.

Inthe highly-anticipated super fight rematch between the two titans, Fury took control late in the first round and never relinquished it, knocking down Wilder twice and bloodying him en route to the referee stopping the fight in the seventh where Wilder’s corner threw in the towel.

Fury used his reach advantage to continually beat Wilder to the punch. He took total control in the third where he landed a right hand to Wilder’s left ear to drop him to the canvas.

Wildernever regained his legs or footing after that, wobbling through the rest of the match.

Furyagain dropped Wilder in the fifth with a body punch and then caught him in the corner with a flurry of punches in the seventh where it ended.

Thefirst fight between the boxers in December of 2018 was called a draw.