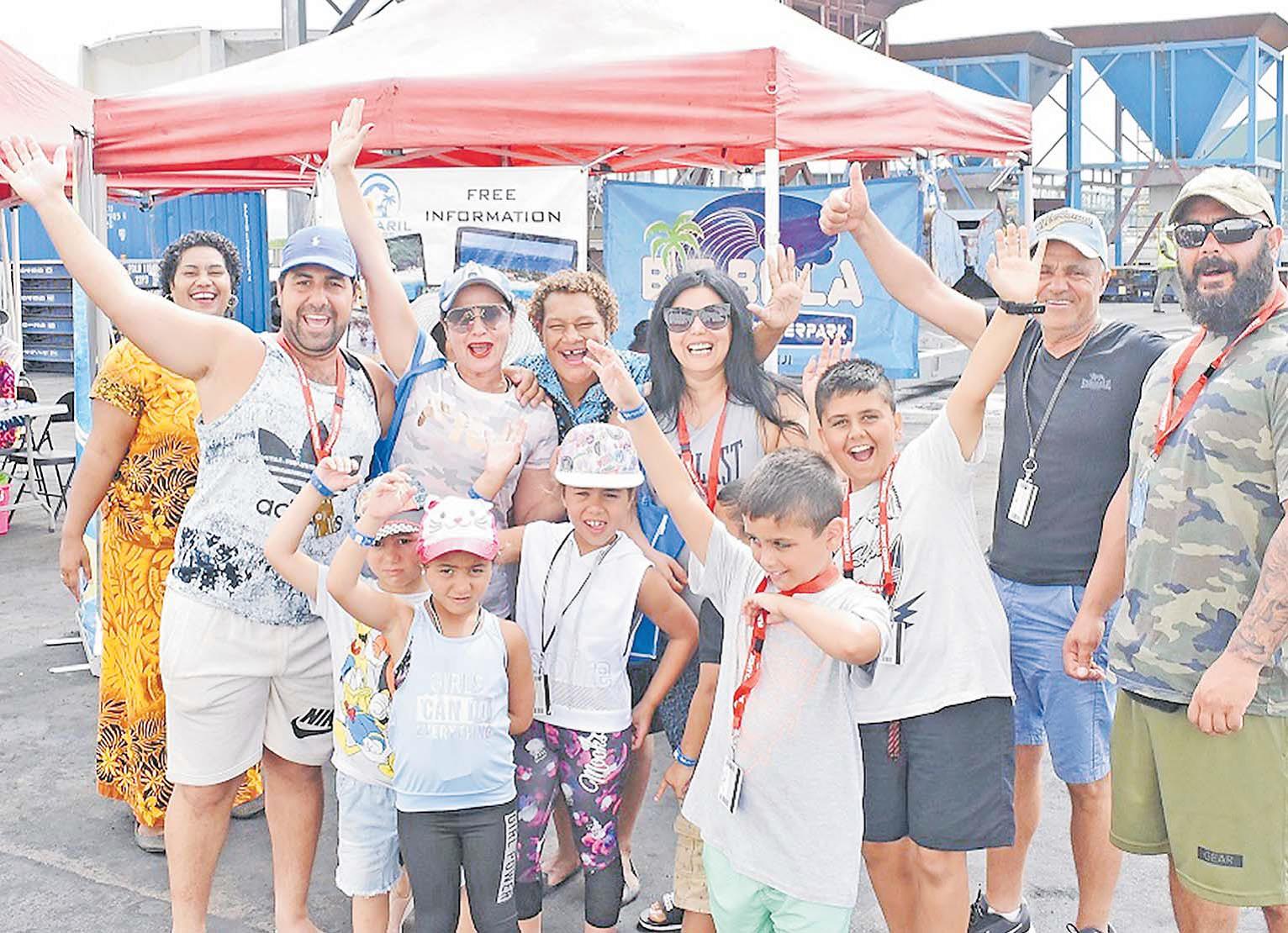 According to Savenaca Narube “when COVID-19 hit us and tourism evaporated, there was nothing else to support the economy. Tourists from the cruise ship Sun Princes at Lautoka Wharf. Picture: BALJEET SINGH/File

We normally concede more credibility to those who are qualified to talk on the issues under debate.

With my formal qualifications in economics and accounting, and more than 35 years of experience
in the field of economics and finance, I consider myself qualified to talk on debt and the economy.

Typically, those who are not well-versed on a subject tend to complicate very simple matters.

In the Parliament debate, there were fundamental misconceptions by the Economy Minister on government guarantees and debt that must be corrected.

It trebled to $6b before COVID-19 arrived.

Fact 2: The root of all evil is not COVID-19, but government spending — Exuberant expenditure is the root evil of this Government.

Even an economics student will tell the minister that a growth strategy built on higher and higher expenditure is not going to last in a country with a tiny and unbalanced economic base.

Sooner rather than later, the economy will hit a brick wall.

The pandemic simply brought us there faster.

Quality of spending: The first mistake was that Government spent a lot of money on political expenses and wastage.

I am sure the minister will disagree, but examples abound, like the rise in the cost of vehicles, embassies in strange places and cash giveaways before the last elections.

There were increases in travel allowances, and wasteful infrastructure spending.

I will explain later that these wastages have bitten us in more ways than one.

Eggs in one basket: The second mistake is that the minister focused entirely on tourism, but ignored agriculture, forestry, and fisheries sectors.

When COVID-19 hit us and tourism evaporated, there was nothing else to support the economy.

No shock absorber: The third mistake was that the minister committed a cardinal sin in financial management by not realising the risks of his strategy and actions.

In financial management terms, risk management “separates the men from the boys”.

As a result, the minister ran out of fiscal space long before COVID-19 arrived.

Second, the Government could have culled ineffective programs through a public expenditure review.

Third, there was no rationale whatsoever for the minister to reduce taxes on luxury items in the last budget when revenue was already sliding.

Taken all together, these irrational actions, which can only be attributed to the lack of experience, have led the Government to borrow twice as much as it should have in the last decade.

Fact 5: Our debt carrying capacity is seriously reduced — The ability to carry debt is measured by the ability to repay debt in future. This, in turn, is based on projected government income and expenditure.

The economic logic of borrowing goes like this: Government borrows; spends wisely; the economy grows; more jobs are created; taxes increase; and if expenses are managed properly, Government is able to repay the loan.

Therefore, the glue that binds the above equation together is the quality of spending.

As I have explained many times before, the quality of this government’s spending is very low.

Fact 6: Debt is unsustainable — Our debt to GDP ratio rose from just over 50 per cent of GDP in 2019 to 85 per cent at the end of this financial year.

I project it to increase to 95 per cent of GDP at the end of next year.

Debt is rising by 25 per cent per year in dollar terms.

As a ratio of GDP, debt is increasing by an average of 15 per cent percentage points per year.

However, the minister still says that the debt of 95 per cent of GDP is sustainable.

Can he reduce the debt to GDP ratio to 45 per cent?

It can be done but only if Government is able to do two things:

Reduce the rate of debt accumulation by running a primary surplus (the difference between revenue and operating spending excluding interest payments).

From its spending track record, government’s ability to do this is negligible.

Grow GDP at a higher pace than debt accumulation in the foreseeable future.

With the lack of diversification in our economy, growth will depend on how fast tourism can bounce back which is very uncertain at this time.

Most of the experts predict that global travel will not return to normal until the middle of next year.

The possibility of multiple waves of this virus may delay this revival.

In my assessment, tourism in Fiji will take five years to return to its previous glory.

Therefore, I predict that our economy will grow by an average rate of about 2 per cent per year in the next five years.

Based on these projections, debt is already unsustainable assuming that interest rates and inflation remain stable at current levels.

So, what will happen to us?

First, the rising cost of debt servicing is already crowding out other spending.

I estimate it to rise to at least $600m this year not the $400m budgeted by Government.

If you add the principal repayments, total debt obligation is a whopping $1.3b per year and rising.

When Fiji reaches a point when debt servicing seriously crowds out essential services like health and education, Government faces the risk of defaulting on its loan repayments.

Government will be forced to seek help from institutions like the International Monetary Fund (IMF) who will demand that Government restructure its debt, cut spending, and raise taxes.

These will trigger a chain of events – government services decline, the economy plummets, many jobs are lost, pay cuts will be necessary, welfare payments reduced, prices escalate, poverty worsens, and social problems rise.

This will be a very painful experience for everyone including rural people who will feel the impact through cuts in basic services like health, shipping, welfare support and higher food prices.

Based on the experiences of other countries, it can take more than ten years to get back to normal.

Fact 6: To make it even more precarious, debt guarantee is rising rapidly — Government guarantees have increased significantly in the last five years.

Only 10 months later, the guarantees have increased to $1.6b of which over $1b are to Fiji Airways, Fiji Development Bank and Fiji Sugar Corporation.

An experienced Finance Minister will realise that this crisis has raised the risk of one of the three companies defaulting on its loans.

I remind the minister that the best global practice demands that we add guarantees to debt especially now when our debt carrying capacity is reduced.

The minister argued that no government in the past had added FNPF guarantees to debt.

That is not true.

I recall as the permanent secretary for Finance that, on the insistence of a multilateral institution, we maintained
a debt scenario which included FNPF guarantees.

But that aside, what worries me the most is the political interference in the investment policies of the Fund.

In such a climate, it is prudent that Government include the FNPF guarantee in its debt scenario.

If it does that, the total debt liability of government rises to over 160 per cent of GDP.

Do the smart thing

It is always smart and prudent to recognise the risks, because it allows us to manage them while we still have the comfort of time.

Otherwise, if we continue to ignore the hazards because of political convenience, there is a very high likelihood that Fiji will be blindsided by these risks at our most vulnerable point.

COVID-19 is a classic example.