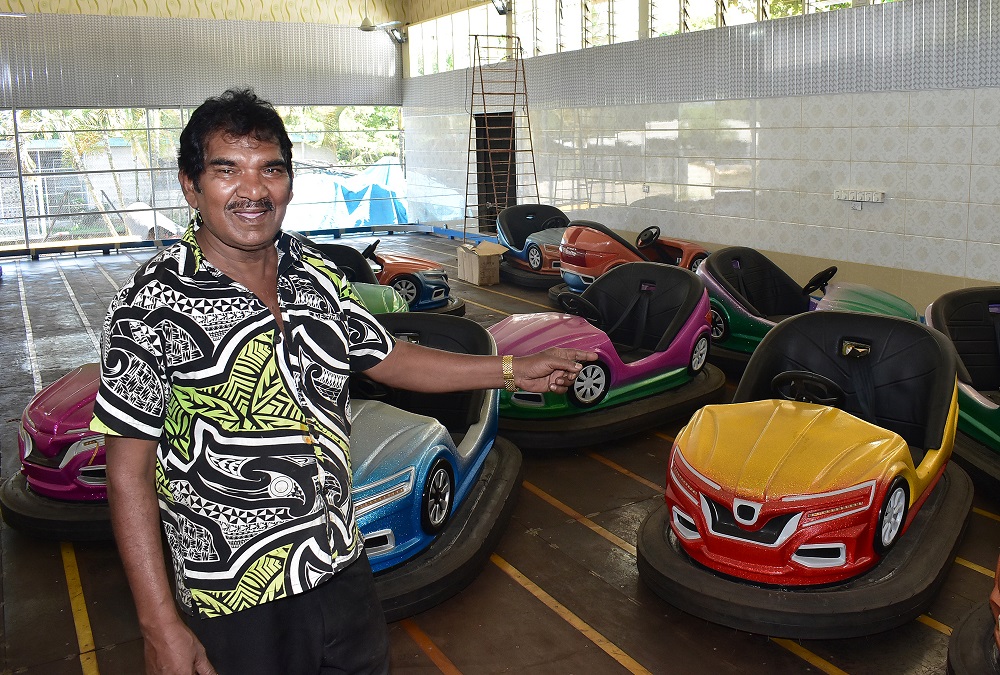 LAUTOKA City will be the first in the country to open an amusement park for children, Hasmat Investment, located at Saweni along the Queens highway, announced the opening of its $5 million Magic Land Fun Park on December 20.

Chief executive officer Hasmat Ali said after 43 years of being in the industry, it was time to set up his own business and invest in his hometown.

“It’s a first for Fiji and of course for the West and we are proud to do something for our children to enjoy the rides and not just wait for carnivals,” Mr Ali said.

“The park will be partly open on December 20 and work completion will continue until we meet our deadline target next year.

“This is a landmark investment for Hasmat Investment and the machines alone were $1.2 million from the United States and China, while I manufacture and design some of the machines myself.”

The opening of the amusement park will provide employment for 30 people while the numbers may increase as the project comes to full completion next year.

Mr Ali said there would be food and snack stalls to accompany the rides while a recreational space would be opened beside the park to cater for families wanting to host birthday parties and other functions.

Members of the public can also look forward to a 50 per cent discount on rides as part of its Christmas package.