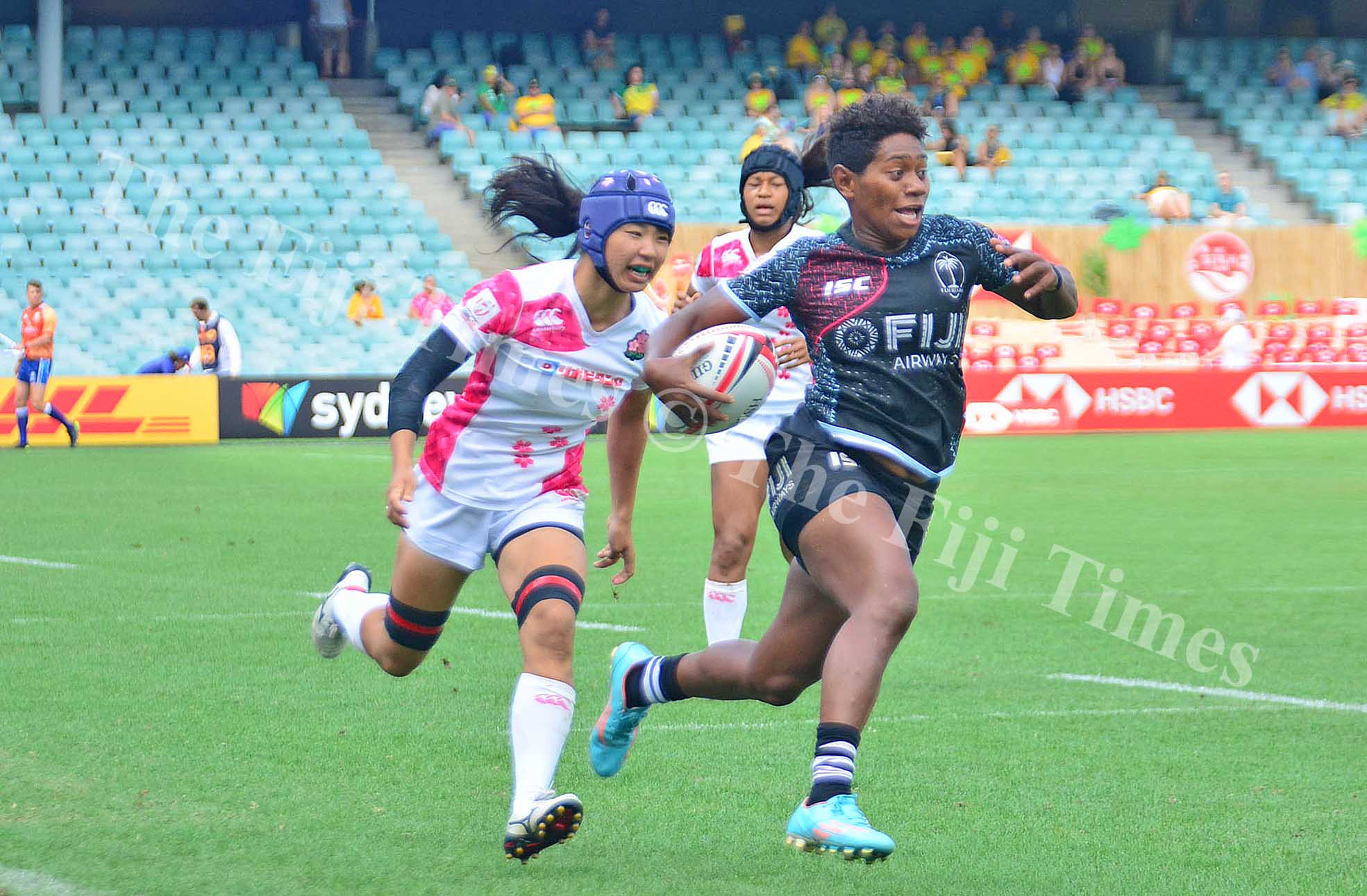 Fiji Aiways Fijiana's Ana Maria Naimasi on attack against Japan at the Sydney 7s last year. Naimasi has been named in the squad for Sydney again this year. Picture: FT FILE/JONACANI LALAKOBAU

FIJI Airways Fijiana 7s coach Saiyasi Fuli has named his squad that will travel next week for the Sydney 7s and the third stop-over on the HSBC World Rugby Women’s Sevens Series.

This will be coach Fuli’s first tournament at the helm taking over from former coach and now Fiji Airways Fijiana XV’s coach Alifereti Doviverata.

The Fijiana 7s team are riding on a high after taking the women’s grade title at the Mc Donald’s Fiji Coral Coast Sevens tournament last week and will look to capitalise further in Sydney.

Placed alongside Ireland, Canada and Russia to make up pool B and will meet Canada in their first pool game at 1.22 pm next week Friday.