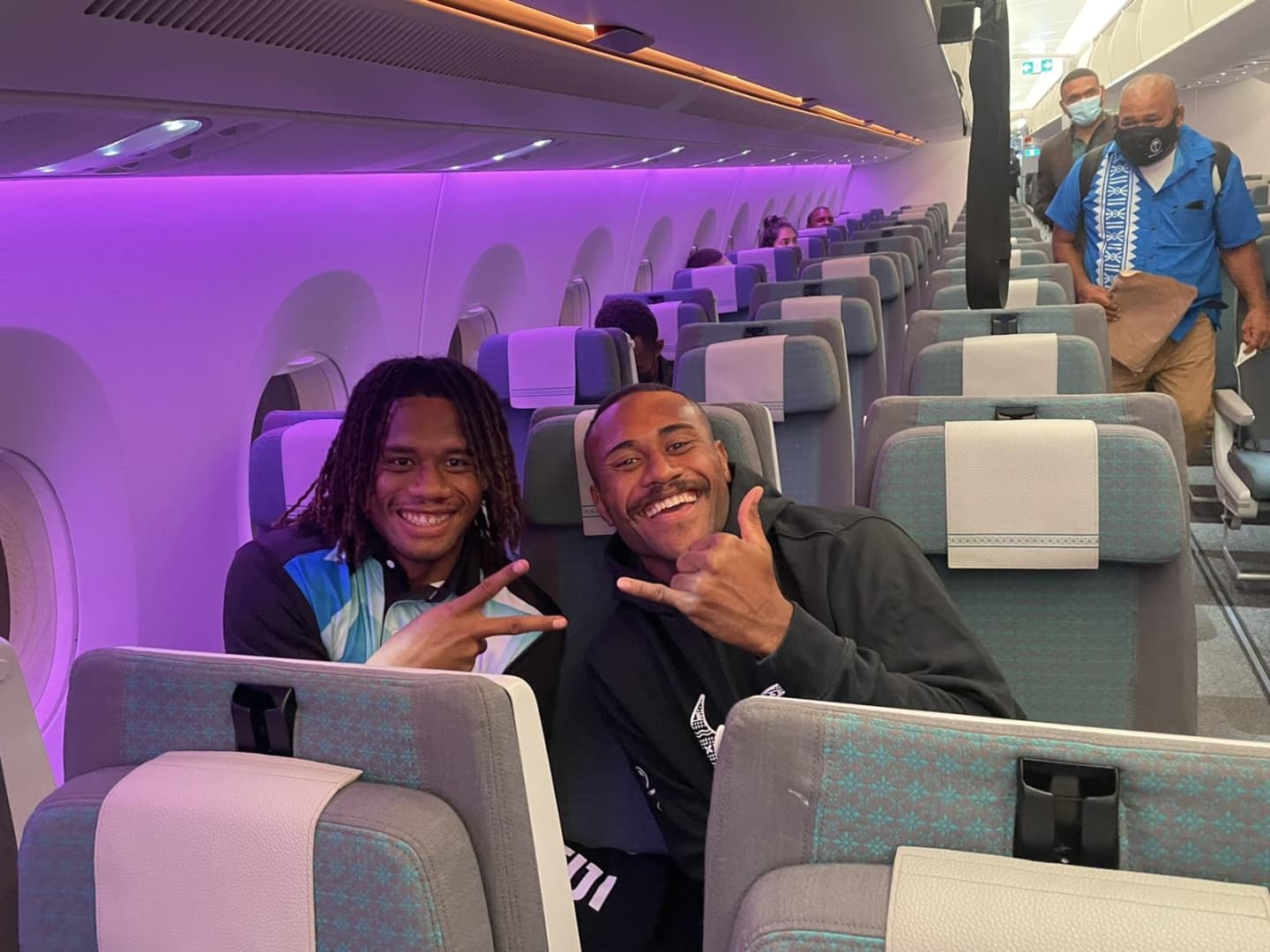 New passports, initial international flight and World Rugby Sevens Series debut is what will go down in the memories of seven players who are part of the 13-member Fiji Airways Fiji 7s squad for this weekend’s Dubai 7s.

It is not only the excitement of sitting in an aircraft for an international flight for the first time, but the euphoria of being in Dubai, a city in the United Arab Emirates known for luxury shopping, ultramodern architecture dominated by the skyscraperfilled skyline and a lively nightlife scene.

To avoid all the distractions Fijiana 7s interim head coach Saiasi Fuli has been holding one-on-one sessions with these players.

Fuli said the players had gone through very good mental preparation for the past few days.

He said they had shared experiences from certain scenarios that encouraged the players and prepared them mentally.

“Every player who has played well and become superstars from Fiji have all gone through this phase as first time players,” Fuli said.

“Like Leone Nakarawa and Josua Tuisova have come through this, so it is what it is.”

Fuli said there were seven debutants and the first time as well for them to fl y out which was an exciting time for them.

“So we have been doing one-on-one chats with these players.

I always like to embrace the challenges and like I said, it is a good time for us to go out to play in the start of a new series with back to back tournaments in Dubai.

“A total of 13 players went over to the Fijian Drua from the 7s program.

“All members of the management were also roped into the Fijian Drua setup, while Gareth Baber decided to take up the job at Edinburgh.”