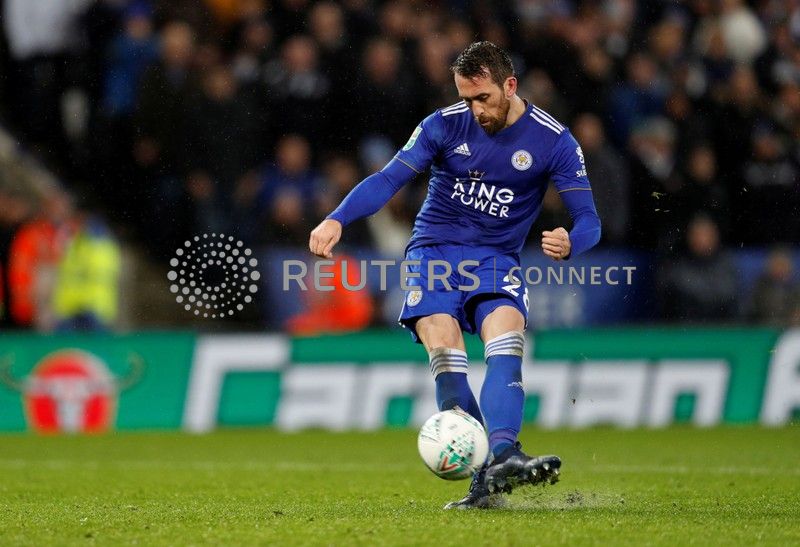 (Reuters) – Leicester City’s Christian Fuchs signed a new one-year deal to extend his stay at the club until the end of 2019-20 campaign, while Danny Simpson and Shinji Okazaki will leave at the end of the season, the Premier League outfit said on Wednesday.

Austria full back Fuchs has made 118 appearances since joining Leicester from Schalke 04 in 2015 and helped the club win the Premier League title in his first season.

“I’m thrilled to be signing a new one-year deal with Leicester City Football Club,” the 33-year-old told the club’s website.

“It’s an exciting time for everyone, with a new training ground being built and some fantastic young talent coming through.

“Our ambition is to play good football and continue to improve. The club and our fans have always been great with me and I want to give back as much as possible. I can’t wait to see what next season brings for this football club.”

Simpson and Okazaki, who also played a significant role in the Foxes’ title-winning campaign, will leave when their contract expires at the end of the campaign.