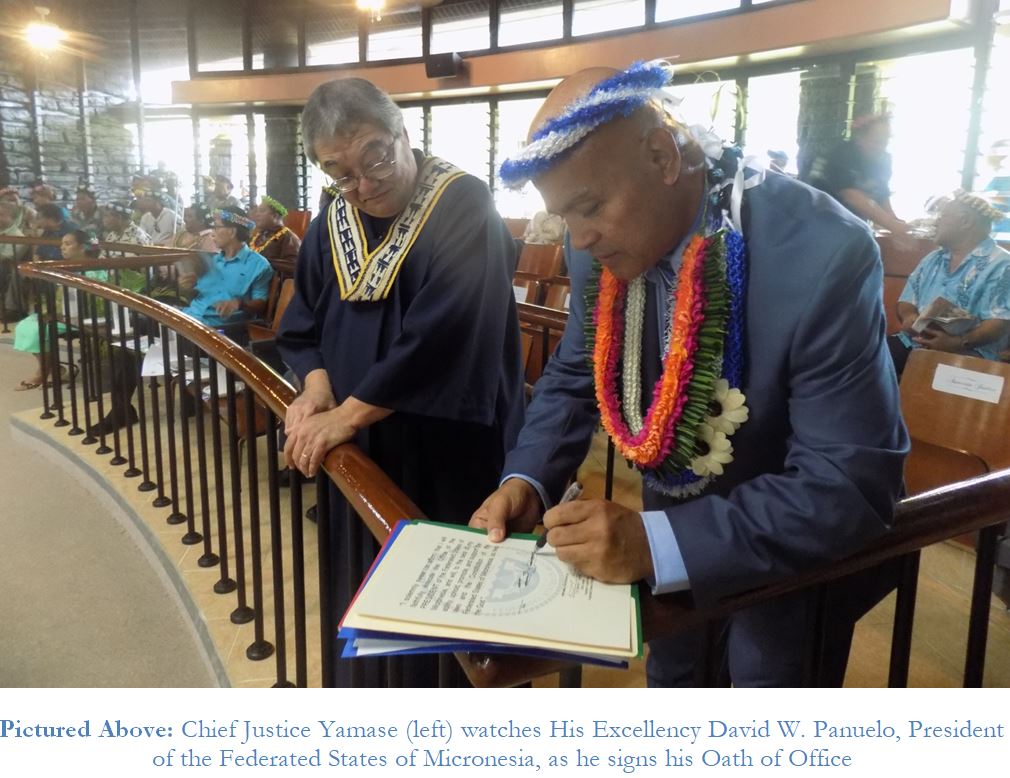 PALIKIR, 13 MAY 2019 (FSMIS) – The 21st Congress of the Federated States of Micronesia (FSM) has elected H.E David W. Panuelo as its ninth President, during its First Regular Session on 11 May.

Prior to his election, President Panuelo was elected Senator At-Large for Pohnpei State.

Also elected was the new Vice President, the Honorable Yosiwo P. George. Prior to his election, Vice President George was elected as the Senator At-Large for Kosrae State.

During the session, the new Speaker and deputy Speaker of Congress were elected.  The Honorable Wesley W. Simina won the election for the Speaker while the Honorable Esmond B. Moses was elected Deputy Speaker.

The Honorable Florencio S. Harper was elected Floor Leader of the Congress of the FSM.

The FSM National Government congratulated President Panuelo and Vice President George on their elections and assured their support to ensure their administration is a success for everyone who calls the FSM their home.