From waterboy to world stardom 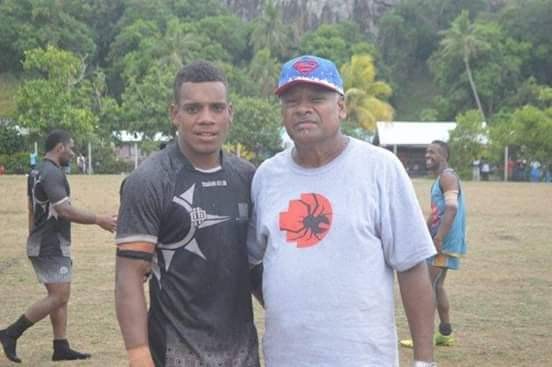 THE HSBC World Rugby Paris 7s tournament Player of the final Napolioni Ratu started his rugby career as a water boy to stardom in the world stages.

Ratu is the youngest of five siblings and his rugby career began from a waterboy for his club following his father and the Lauwaki based team in every local tournament to having the interest to play in 2017.

“Raj (Ratu) wasn’t really good with his school work neither was interested in playing during high school and primary school but he loved to take care of the farm animals and he loved farming but at the same time he followed the team around as a waterboy.

“For me as a father and a coach, I had two sons in the team but for Raj, he was just a helping hand but one day he asked if he could play rugby and my reply to him was to train and work hard if he wants to be in my team,”said Nasalo.

In 2017, Ratu made his break impressing is father and a few spectators in the Yasawa’s during a sevens tournament.

“It was the cup quarterfinal and we were up against Ratu Filise and I had no option due to injuries to let him in during the sudden death and he went in and made a difference scoring the winning try from an individual effort and he did it again in the semifinal and proved his worth in the final scoring five tries against the Yasawa Stingers and I was impressed with his performance,” said Nasalo.

“As a coach my advice to him was to train hard and corrected him in his mistakes in the field but as a father I encouraged him not to give up despite being dropped from some international tournaments and be humble once selected because he will go a long way if he’s humble.

Ratu then continued to impress his father and other clubs with his confidence in the field especially during the Turnbull 7s tournament in the Mamanuca’s and the Wadigi 7s tournament.

“His success was part of God’s plan and its only limited when it comes to rugby and that is why I always give him fatherly advice and at the same time, I would like to acknowledge the late Fiji Times sports reporter Maciu Malo who spotted Ratu’s talent and communicated with Gareth Baber to watch Ratu play and now he has reaped his rewards of perseverance, sacrifice,hardwork and faith in God,” Nasalo added.