From the Editor-in-Chief’s desk: Your September 29 briefing 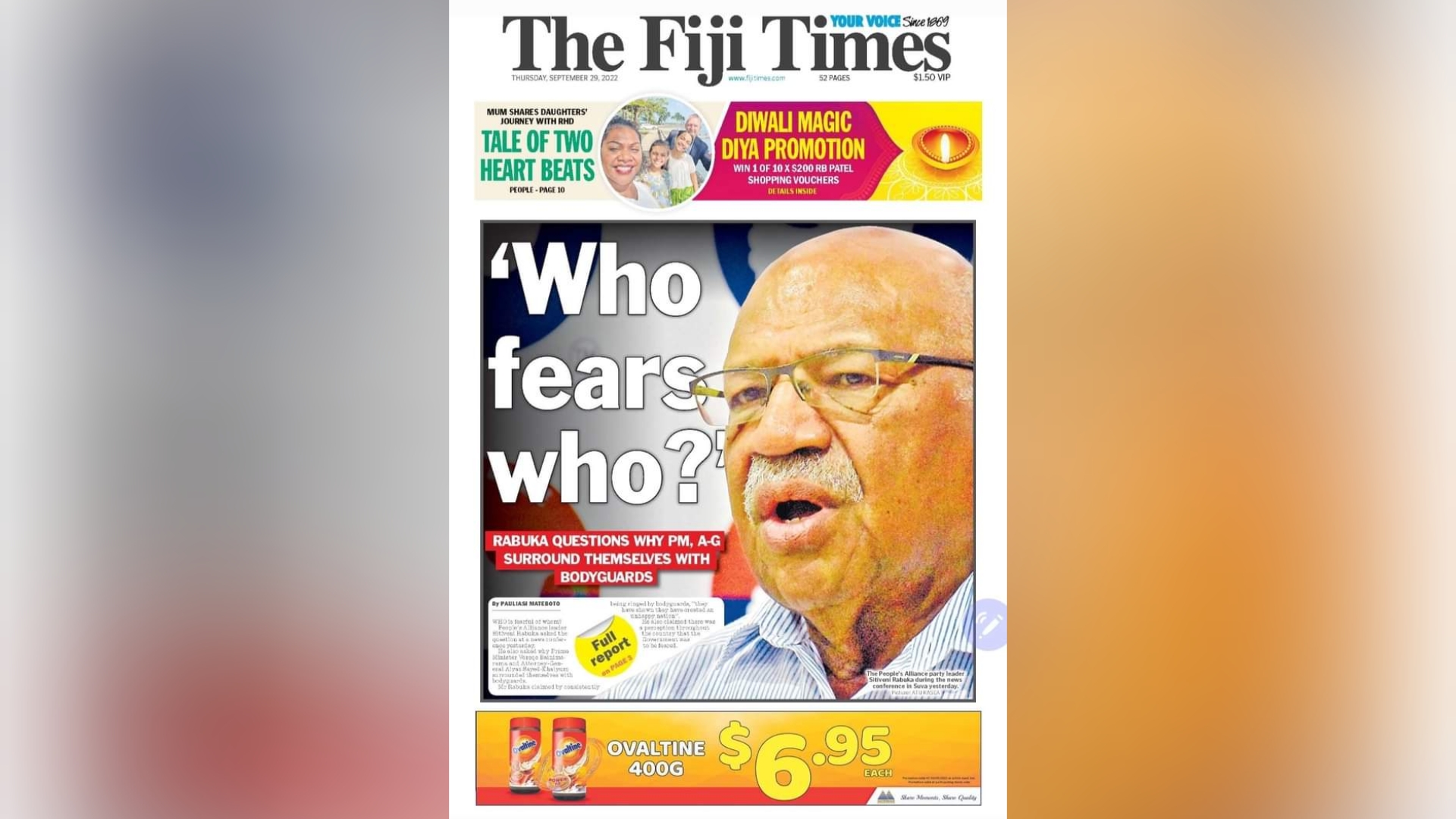 Who is fearful of whom? People’s Alliance leader Sitiveni Rabuka asked the question at a press conference yesterday where he asked why Prime Minister Voreqe Bainimarama and Attorney General Aiyaz Sayed-Khaiyum surrounded themselves with bodyguards.

Read about that in The Fiji Times’ edition for Thursday, September 29.