From the Editor-in-Chief’s desk: Your September 24 briefing 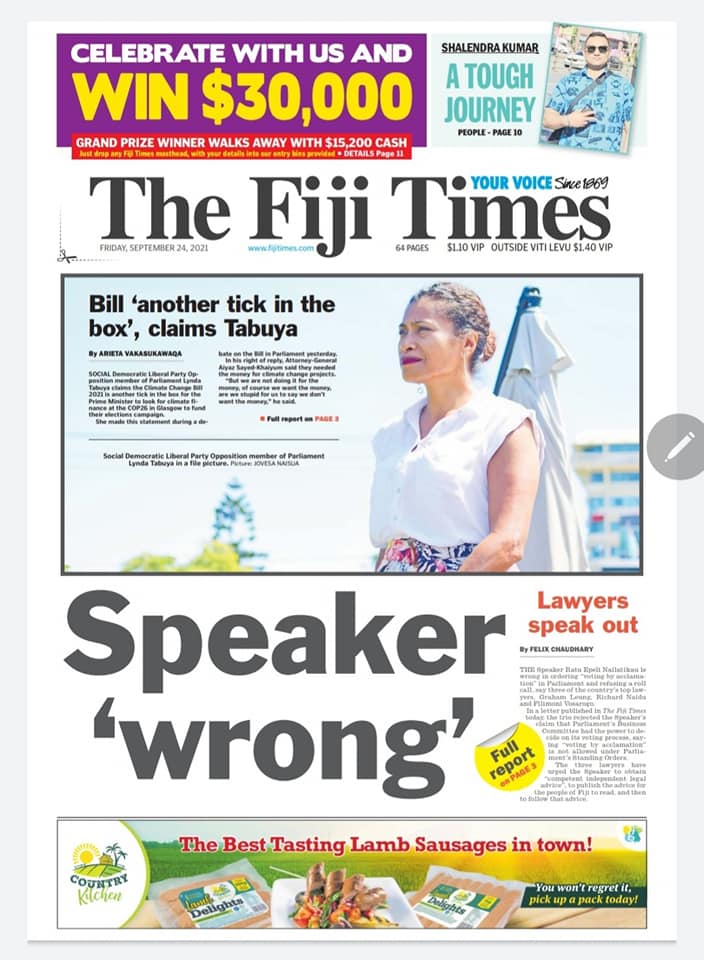 Here are some reports that made headlines in The Fiji Times’ edition for Friday, September 24. 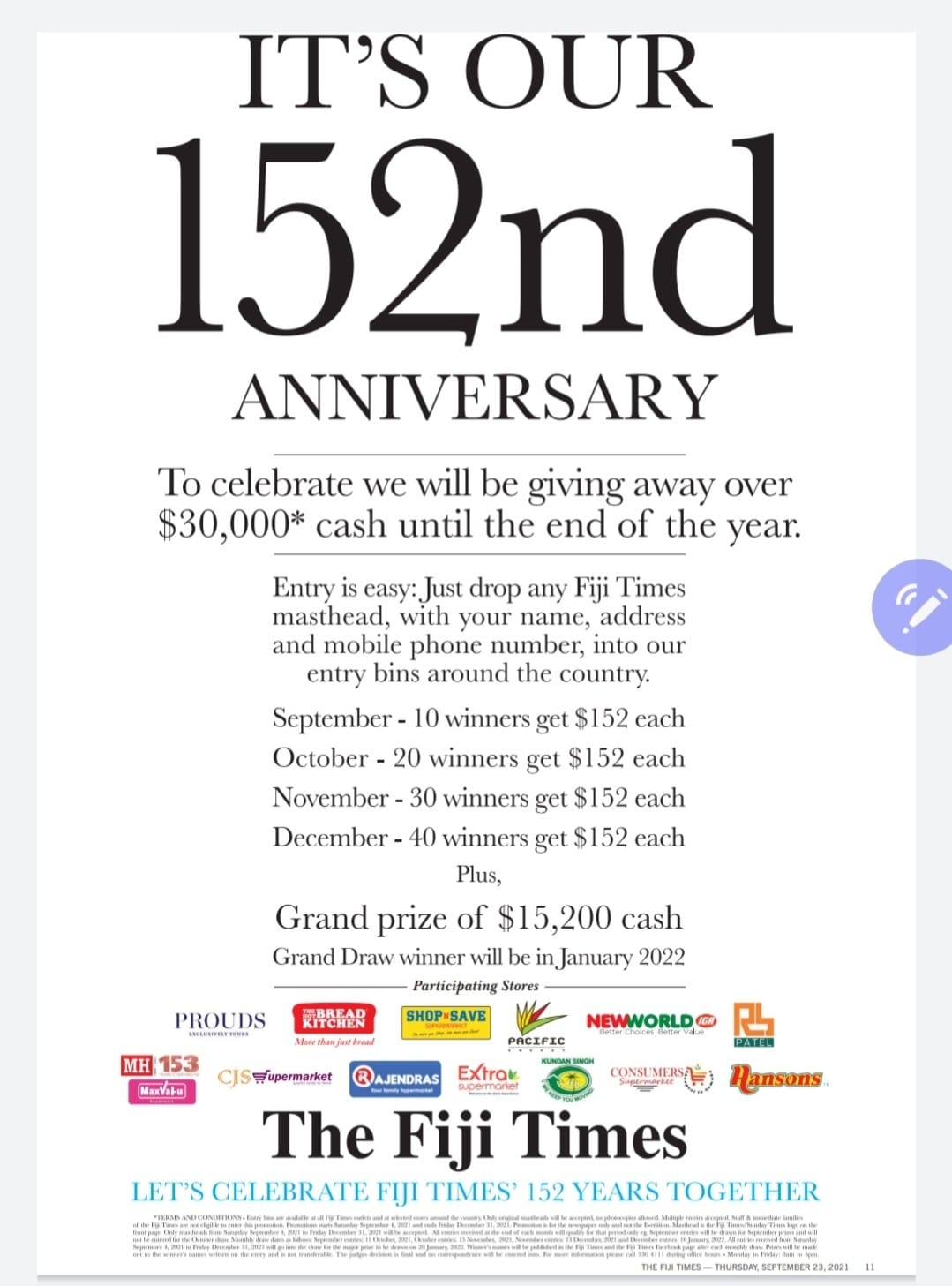 But before that, remember 10 people will win cash prizes this month as we celebrate our 152nd anniversary. You can get into the draw to be one of those 10 lucky people. All you have to do is cut out a masthead of The Fiji Times, write your name, address and phone contact and place this in a bin at a store that sells the newspaper near you. It’s that easy!

There’s no doubt about the fact that COVID-19 has had an impact on us all. In fact no one is immune from the virus. We have a special supplement on the COVID-19 story. Check it out this Saturday, September 25. Read about safety advice, get some tips and read about the experiences of various people. Surely you can relate to the topic! 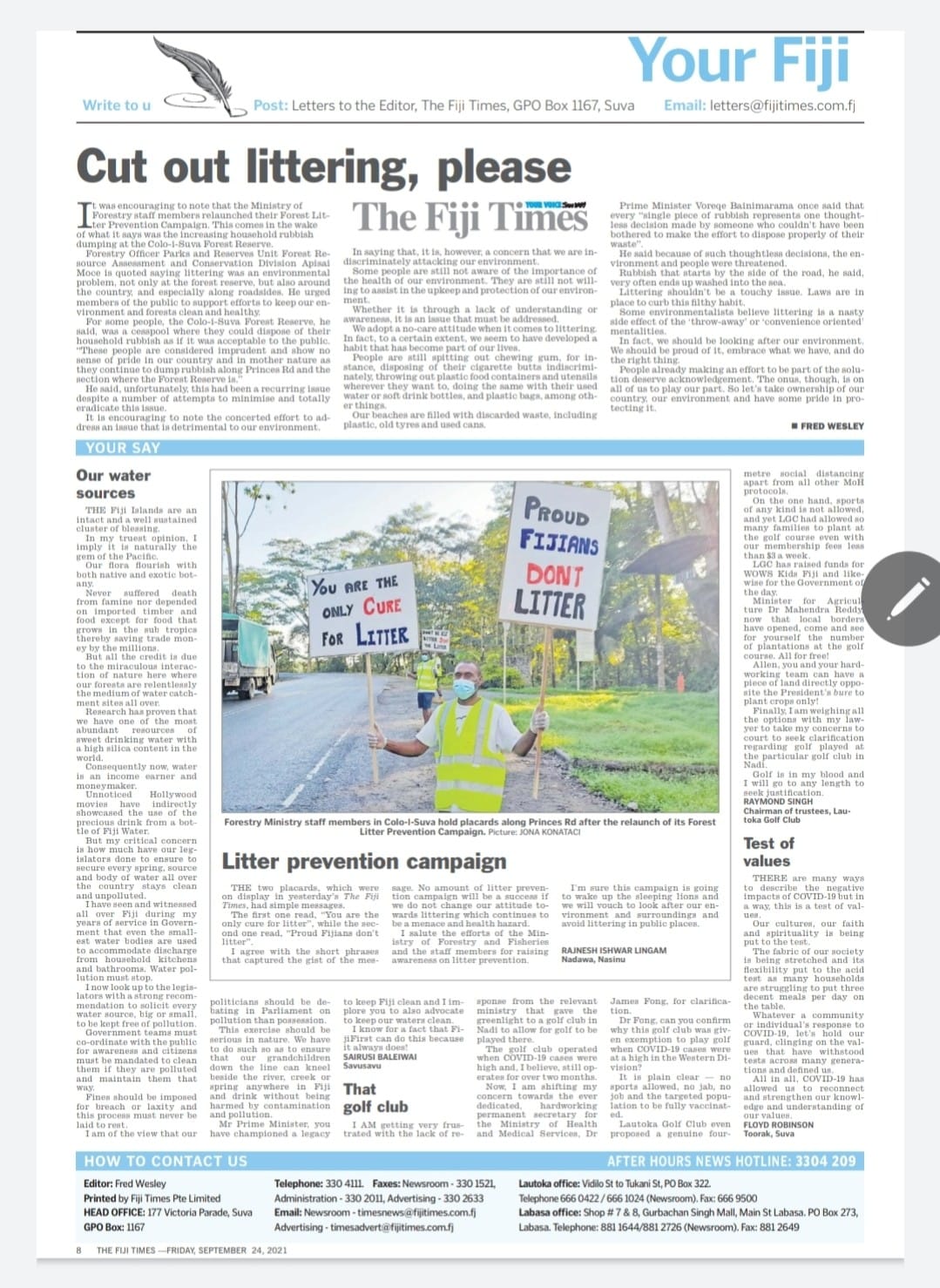 The letters to the editor pages are quite popular. In fact it has reached a stage that writers even have their own little conversations going on in the background. You’ll have to be a regular though to catch on to what they are saying. But Pages 8 and 9 are loaded with opinions on various issues. 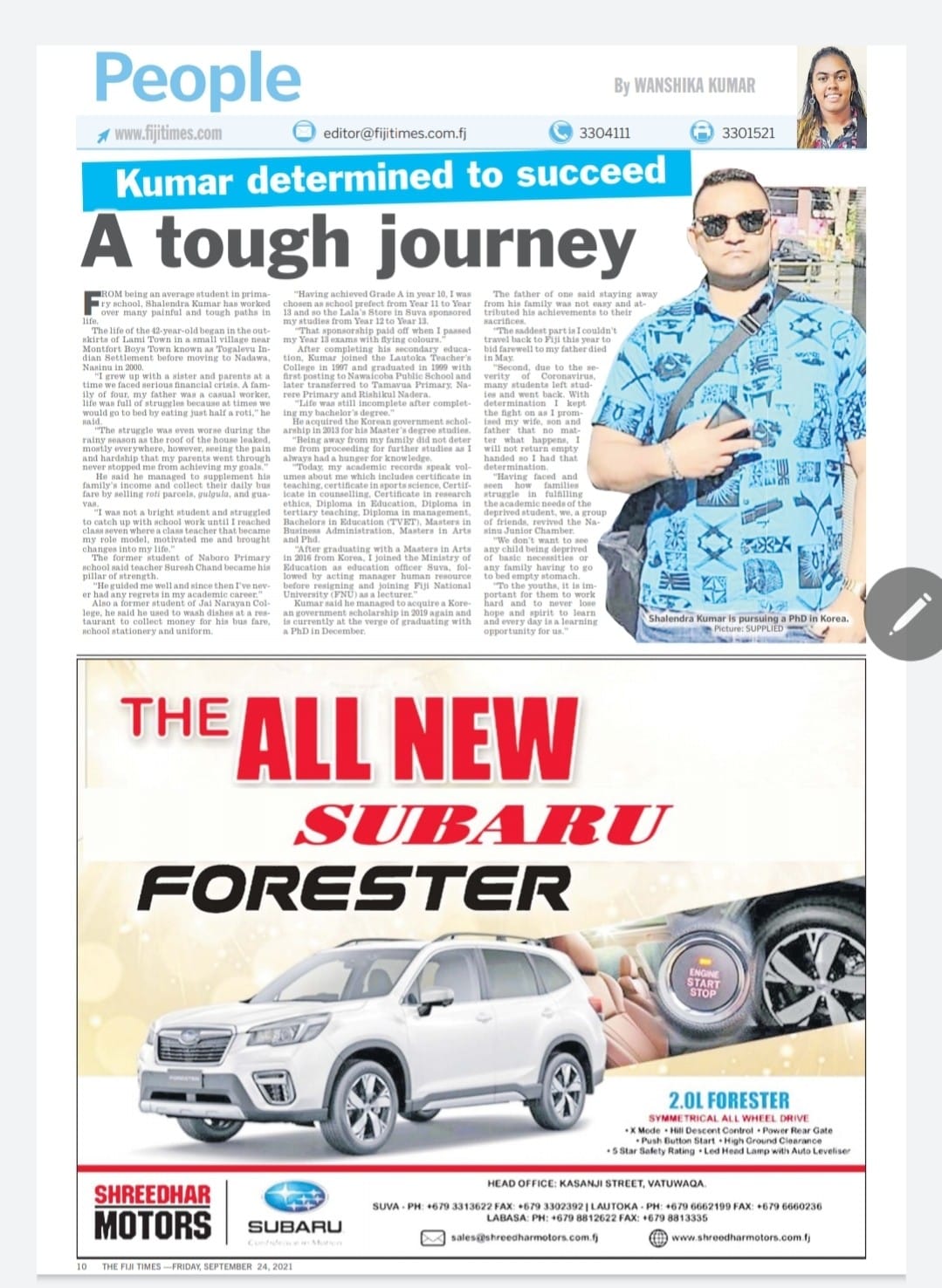 This section is about people. It touches the lives of everyday people, their hopes and aspirations and their journey to where they are today. Read about the emotions and the challenges. 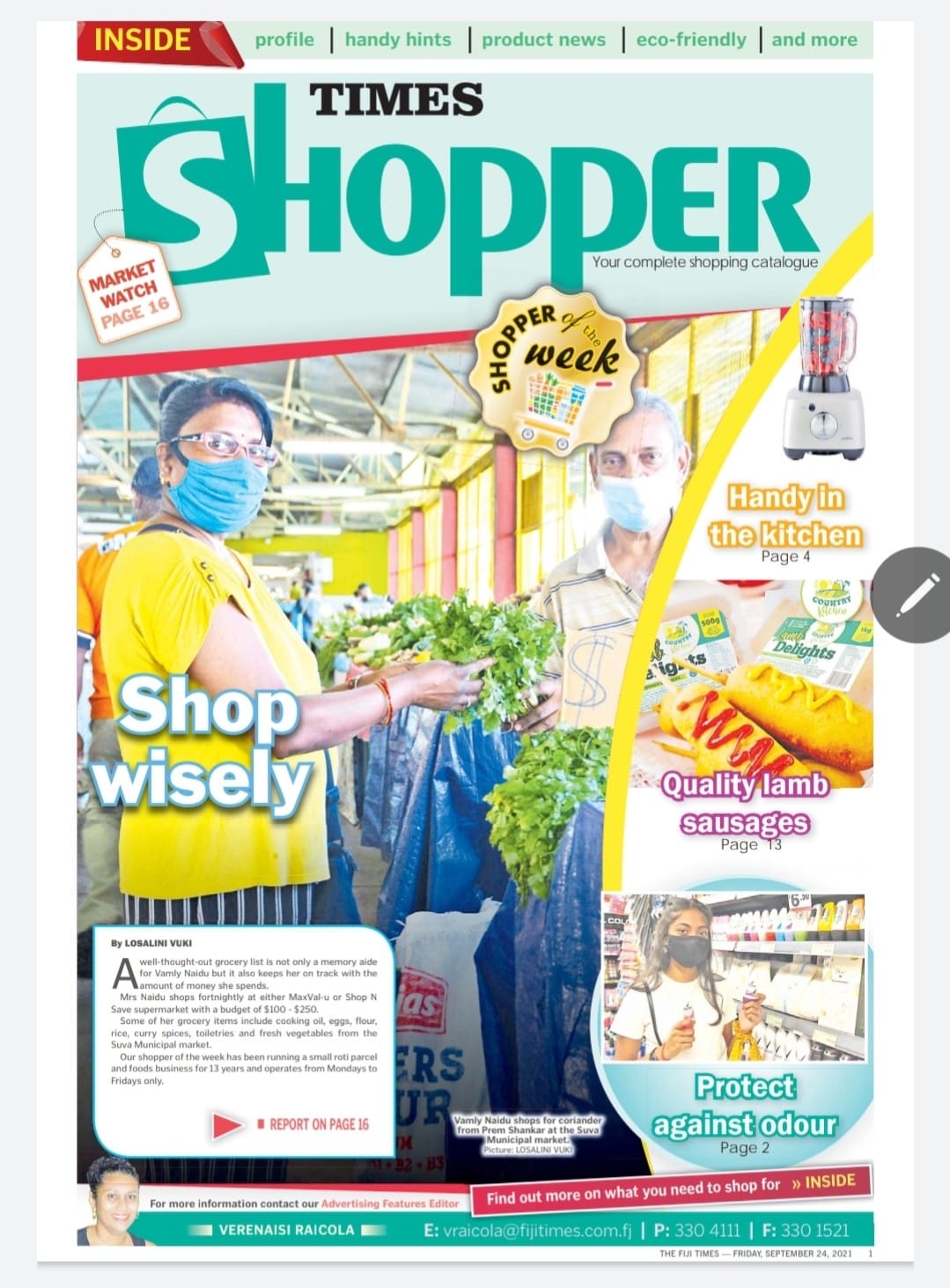 There’s much more than shopping tips. The Shopper comes out every Friday. It’s big, bright and loaded with information. 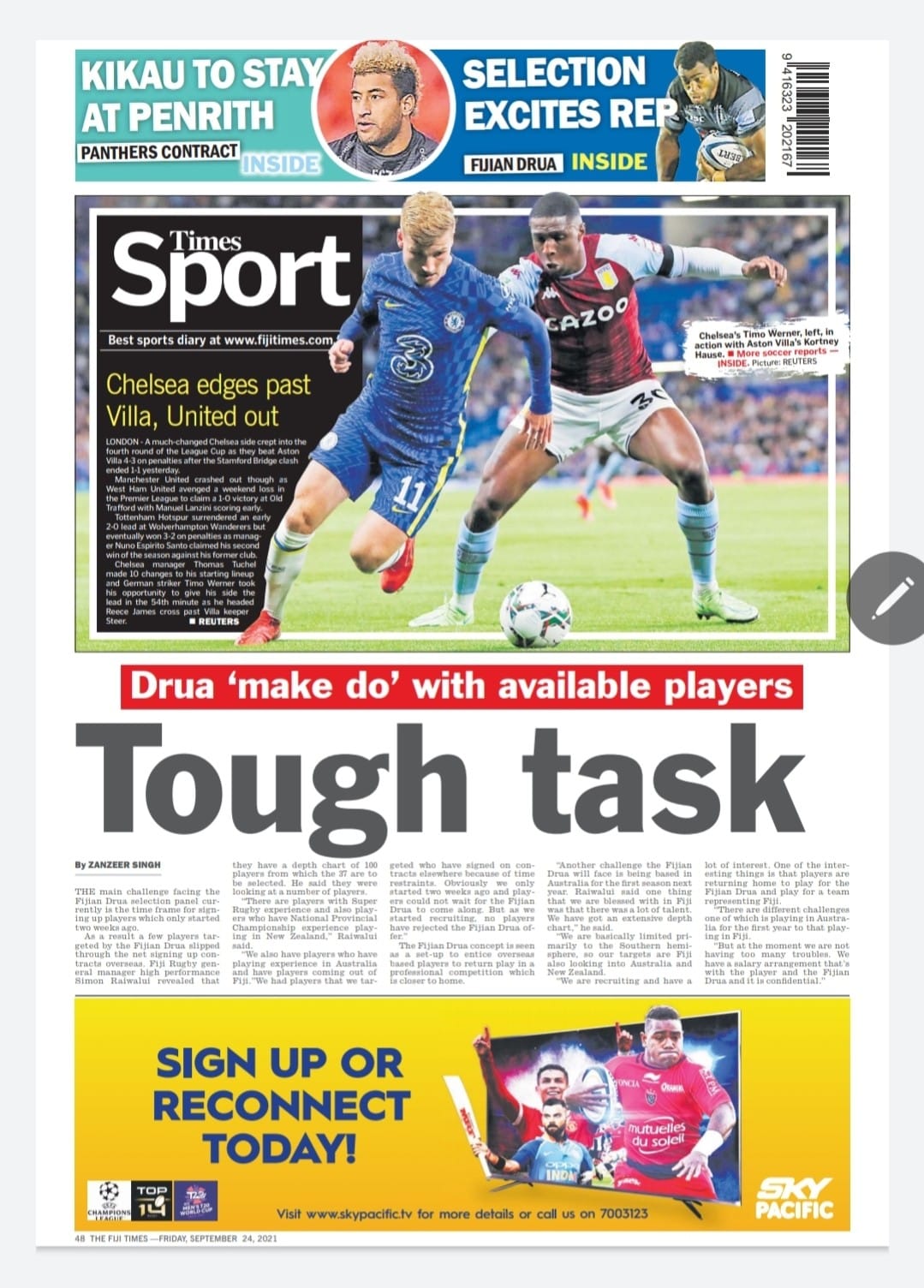 The big one on the back page is about rugby union, touching on the Fijian Drua as it prepares for the new season of Super Rugby.

There’s more to read inside but you’ll have to get a copy to know what we are talking about. Happy reading!