From the Editor-in-Chief’s desk: Your September 20 briefing 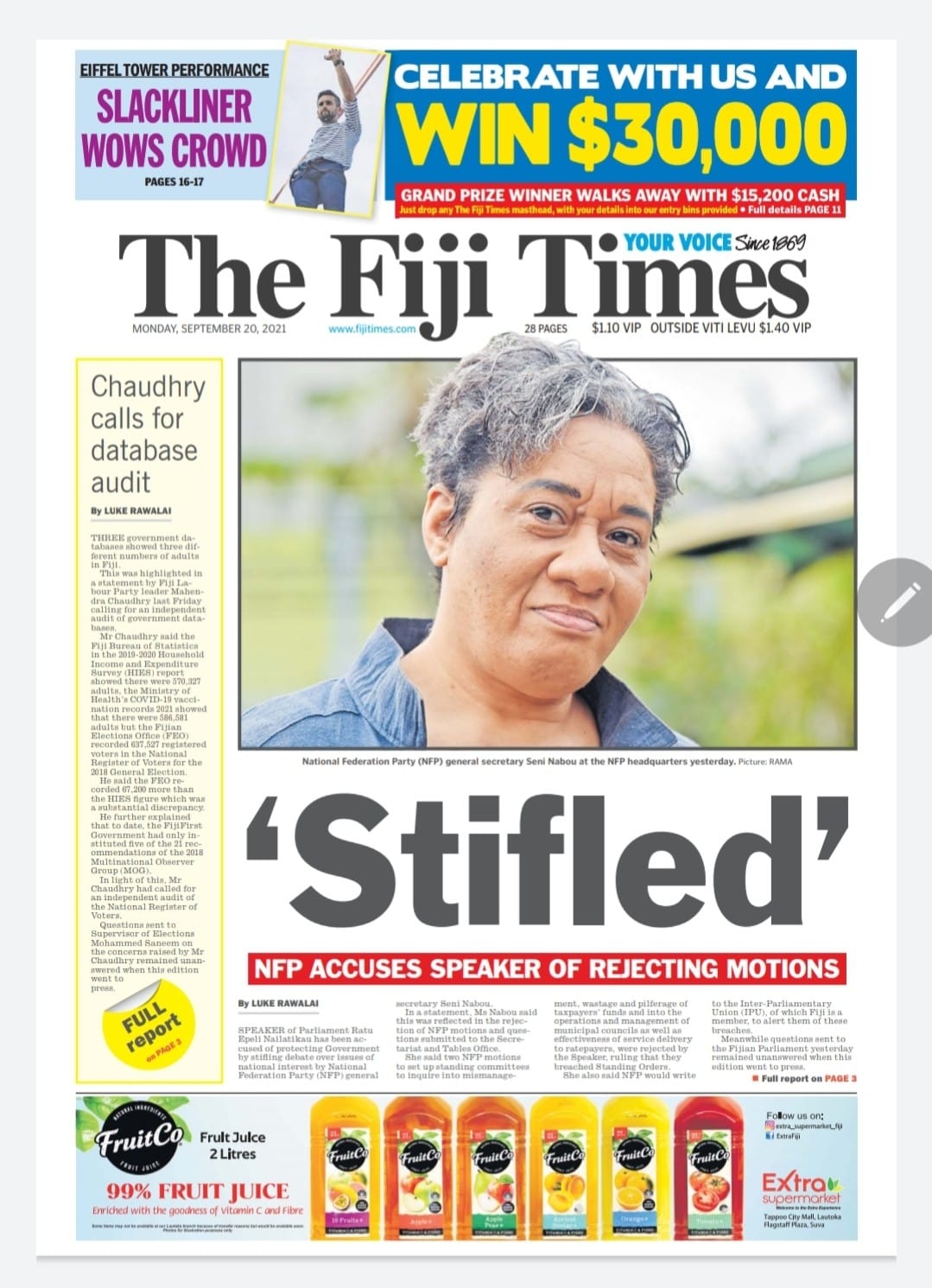 It’s the end of the weekend and we wish you well as we look ahead to the start of another work-week tomorrow. Stay well and stay safe.

Remember we are celebrating our 152nd anniversary and you can get into the draw to win cash prizes with The Fiji Times. It’s easy.  All you have to do is to cut off a masthead of The Fiji Times, write your name and address and phone contact and place this in a bin provided at an outlet or agency selling the newspaper near you. However you will have to be in to win!

Here are some reports that made the headlines in The Fiji Times’ edition for Monday, September 20.

THE recent sacking of a government statistician begs the question how much more can Fijians endure, says Unity Fiji Party leader Savenaca Narube. 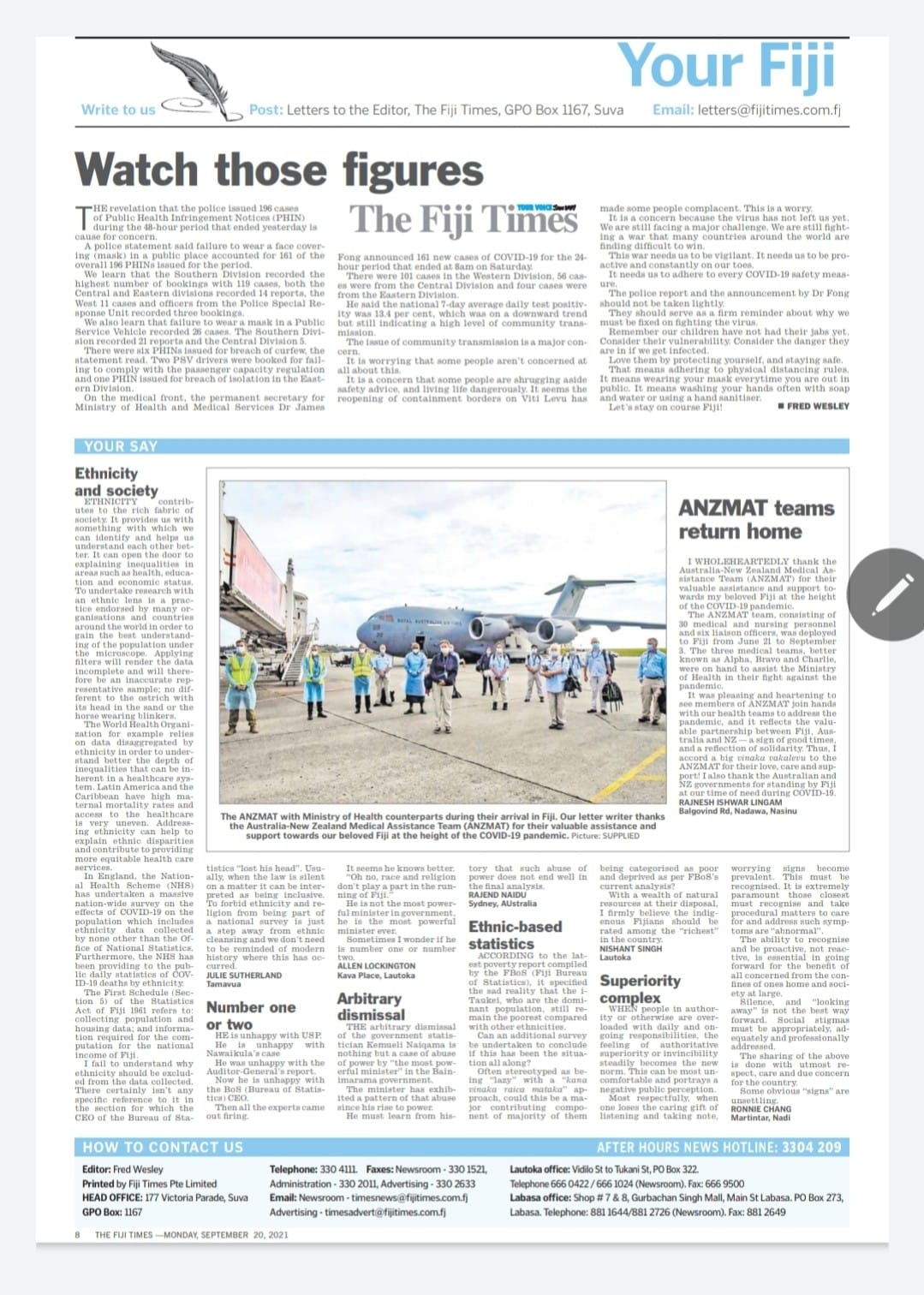 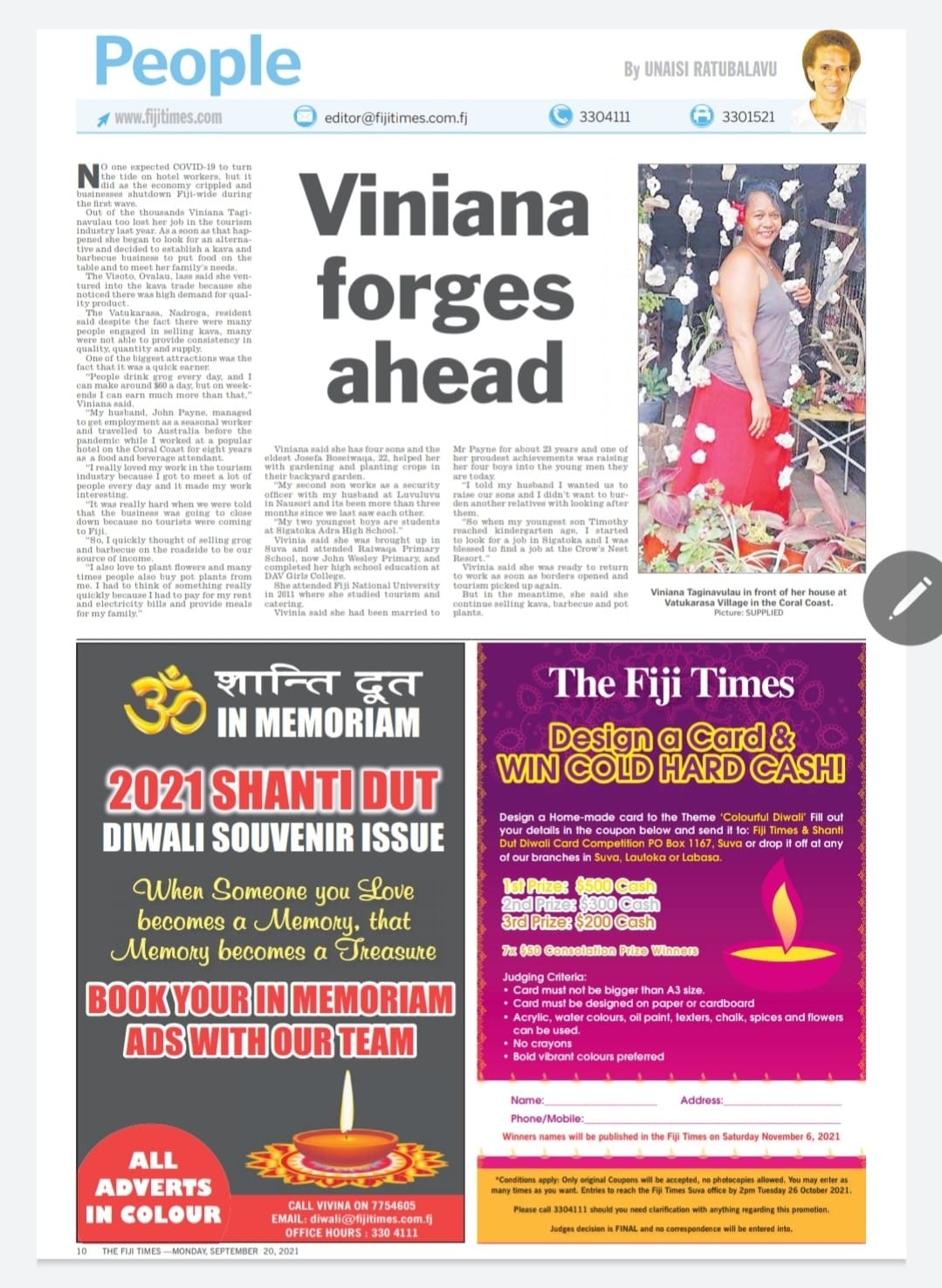 In this popular section, read about: No one expected COVID-19 to turn the tide on hotel workers, but it did as the economy crippled and businesses shutdown Fiji-wide during the first wave. Out of the thousands Viniana Taginavulau too lost her job in the tourism industry last year. 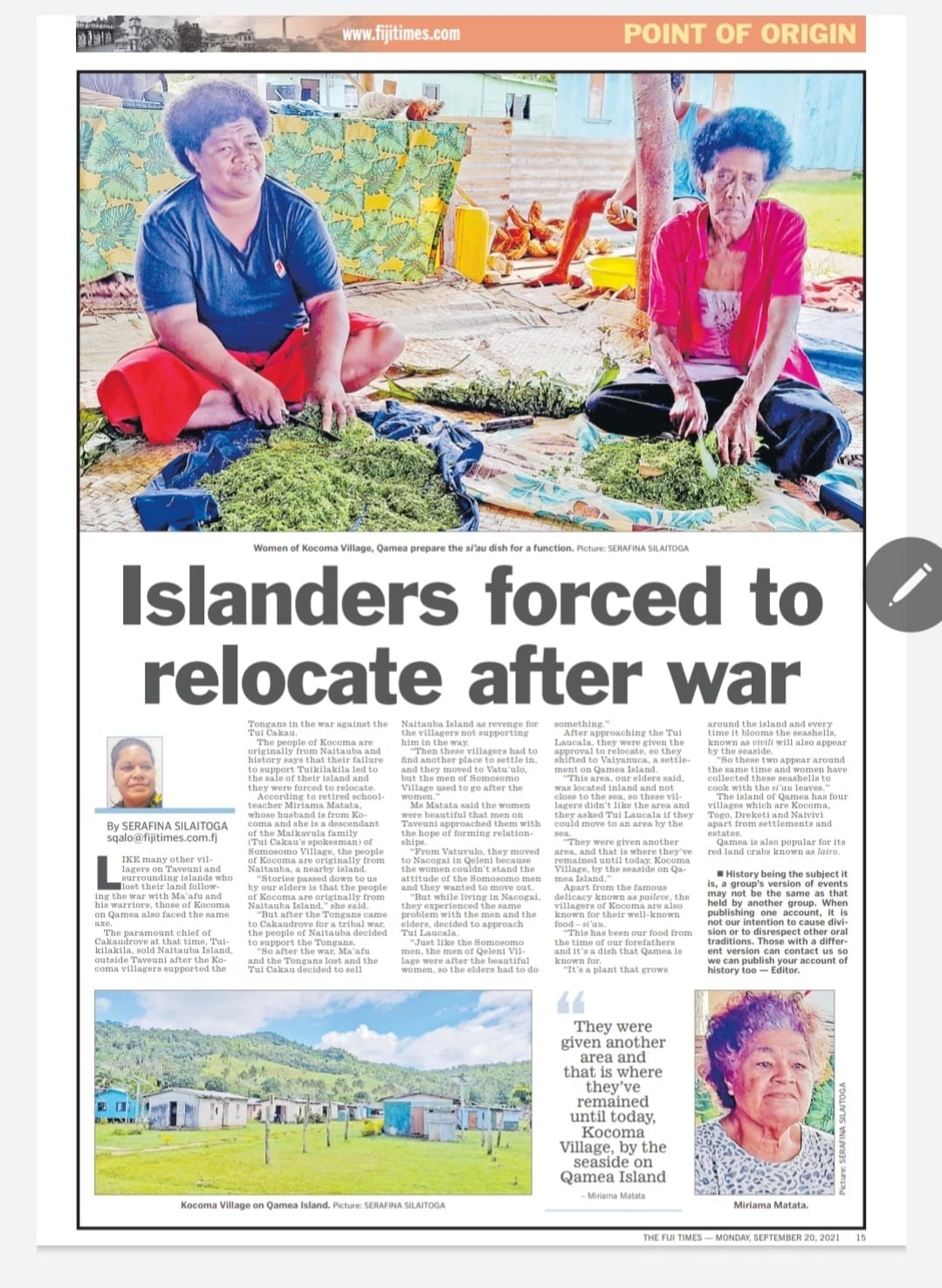 In this section which comes out every Monday, read about: LIKE many other villagers on Taveuni and surrounding islands who lost their land following the war with Ma’afu and his warriors, those of Kocoma on Qamea also faced the same axe. 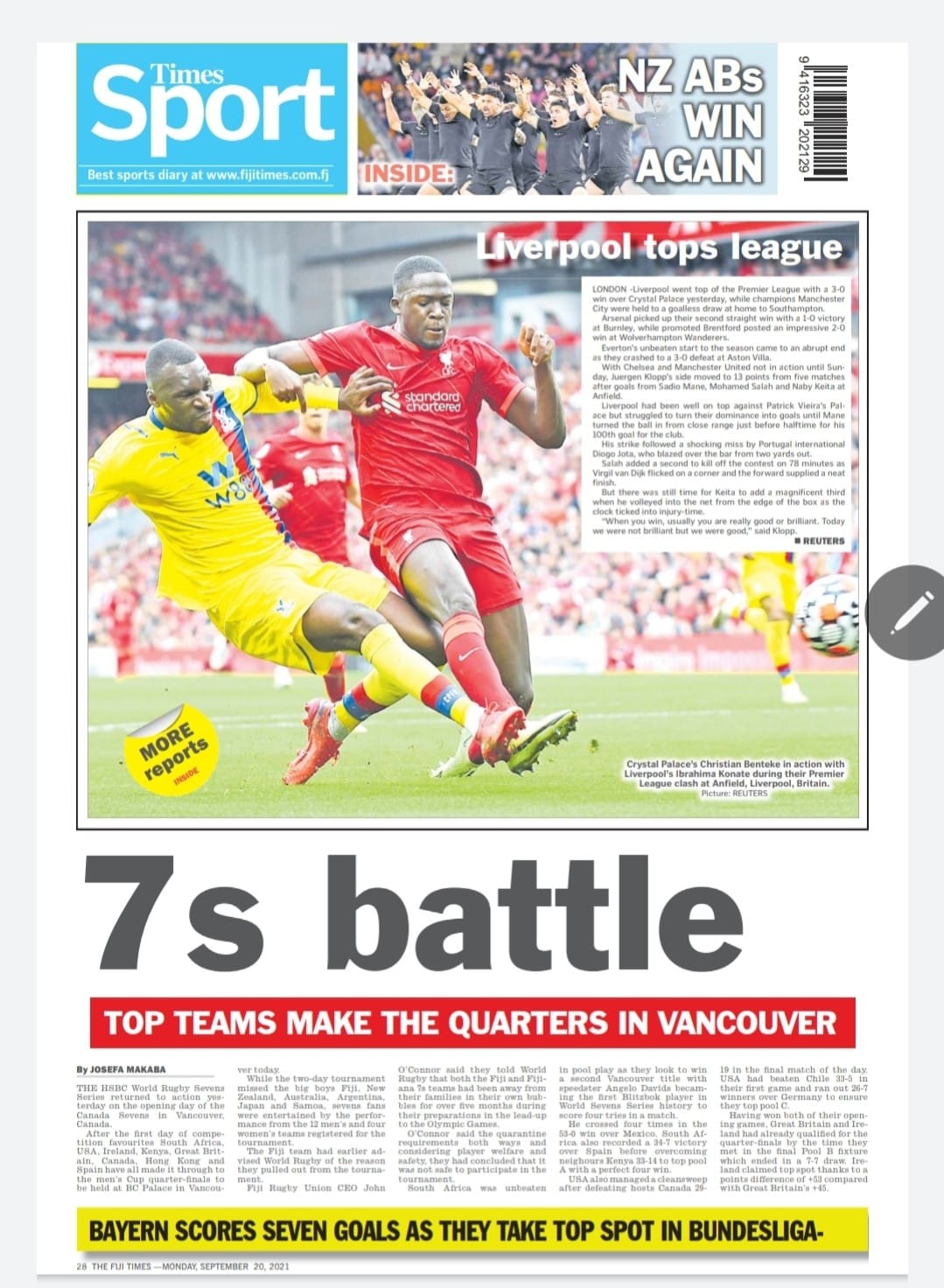 The big one on the back page is about: THE HSBC World Rugby Sevens Series returned to action yesterday on the opening day of the Canada Sevens in Vancouver, Canada.

There’s more to read inside but you will have to get a copy to know what we are talking about. Happy reading!