From the Editor-in-Chief’s desk: Your October 22 briefing 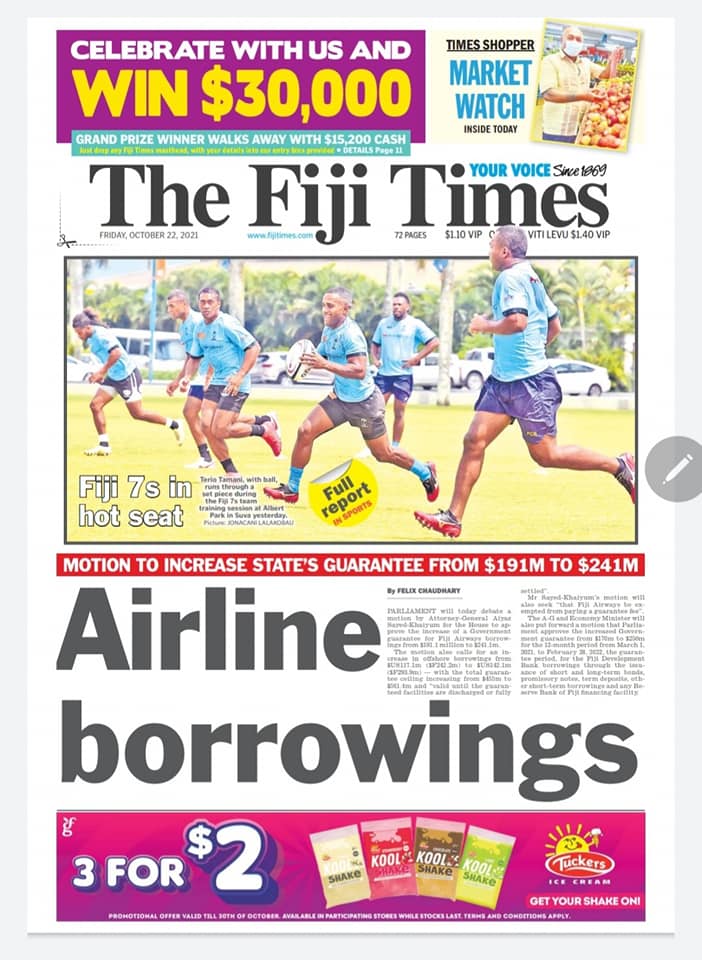 It’s that time once again when we highlight some headlines that made The Fiji Times’ edition for Friday, October 22.

It’s a bumper edition brimming with news, current affairs, sports and the special The Shopper.

But before that, remember we are celebrating our 152nd year anniversary and you can get into the draw to win cash. All you have to do is cut out the masthead of The Fiji Times newspaper, write your name, address and phone contact on it, and place this in a bin at a participating store near you. There were 10 lucky winners in September. For October, 20 readers will get a chance to win cash. Turn to Page 11 for details.

LETTERS TO THE EDITOR- PAGES 8 and 9 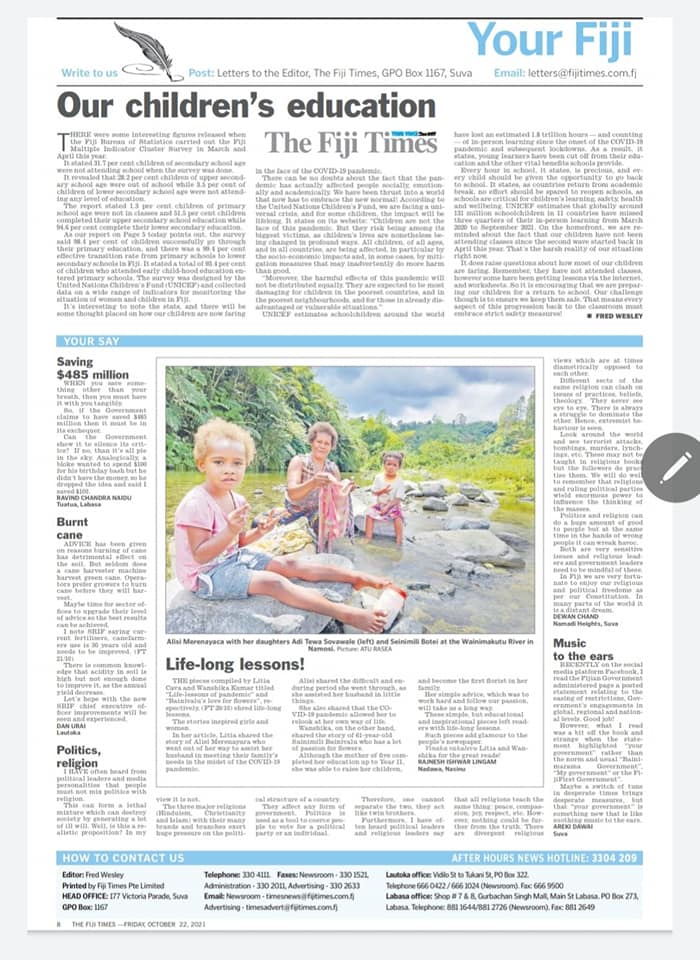 Check out some interesting letters on these pages. Feel the pulse of the nation. Get an idea about what people are talking about. The leader is about children and education. Let’s talk about the importance of education and why we must adhere to COVID-19 safety protocols. 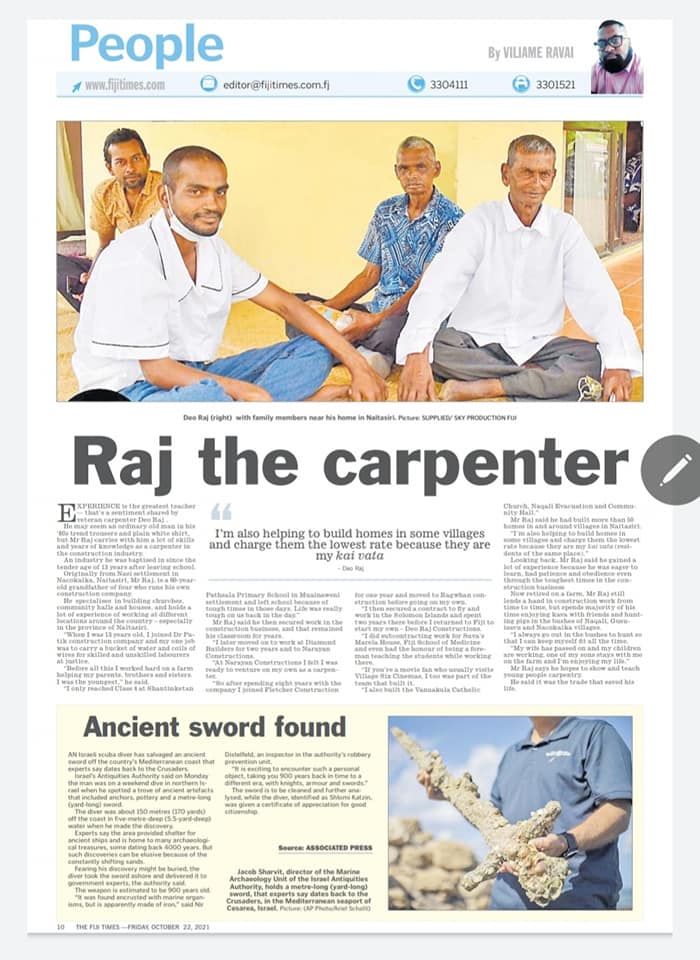 In this ever popular section, read about: EXPERIENCE is the greatest teacher — that’s a sentiment shared by veteran carpenter Deo Raj . He may seem an ordinary old man in his ’80s trend trousers and plain white shirt, but Mr Raj carries with him a lot of skills and years of knowledge as a carpenter in the construction industry. An industry he was baptised in since the tender age of 13 years after leaving school. 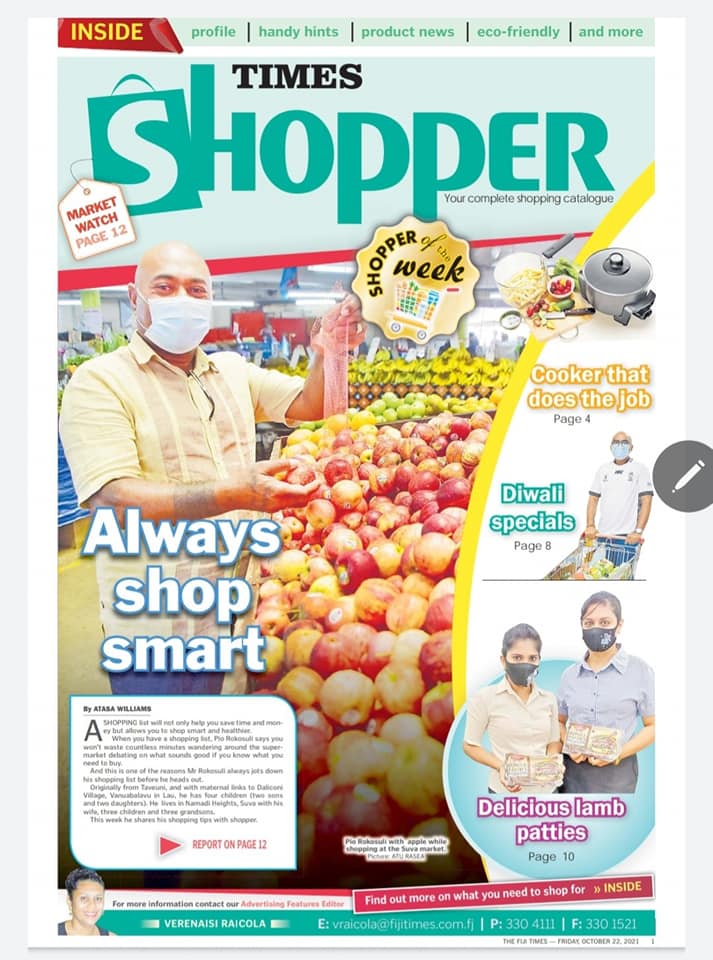 This section comes out every Friday. It’s bigger and brighter. It’s much more than just about shopping adverts. There’s a lot to read inside.

Find out what Hagar the Horrible is up to, the fun stuff Ginger Meggs talks about, and what the Phantom, the ghost who walks is getting into.

Find out what your horoscope is telling you, and challenge yourself with our daily crosswords. Stimulate your mind and test your general knowledge! Check out Sudoku!

The big one on the back page is about the challenges facing our 7s rugby campaign. 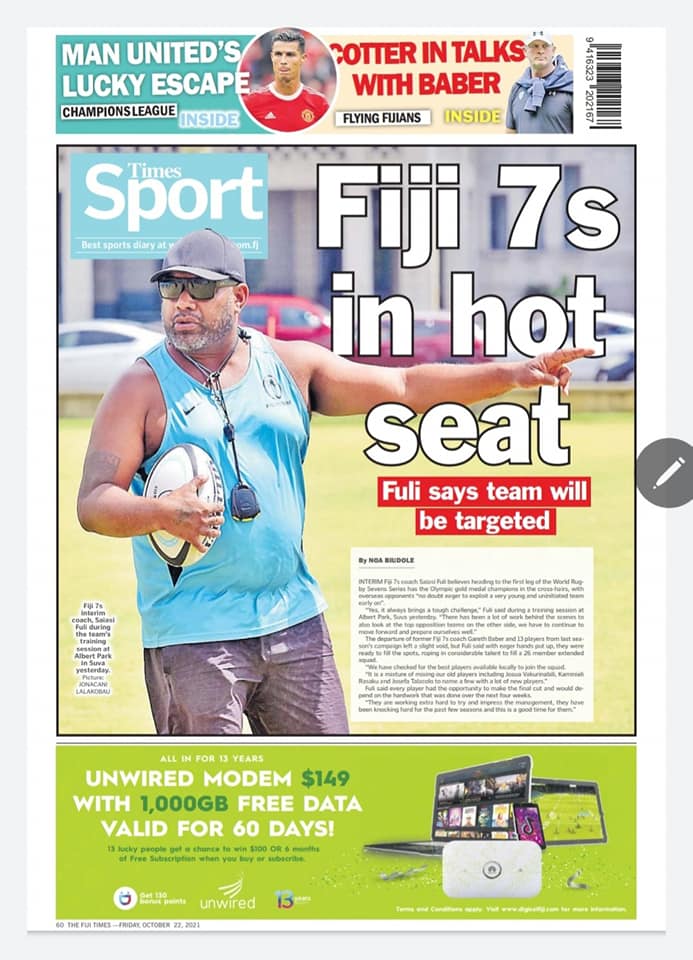 INTERIM Fiji 7s coach Saiasi Fuli believes heading to the first leg of the World Rugby Sevens Series has the Olympic gold medal champions in the cross-hairs, with overseas opponents “no doubt eager to exploit a very young and uninitiated team early on”. “Yes, it always brings a tough challenge,” Fuli said during a training session at Albert Park, Suva yesterday. “There has been a lot of work behind the scenes to also look at the top opposition teams on the other side, we have to continue to move forward and prepare ourselves well.”