From the Editor-in-Chief’s desk: Your November 26 briefing

Here are some headlines that made The Fiji Times’ edition for Friday, November 26.

We have a wraparound over the front page… the wrap is on the Dubai 7s. 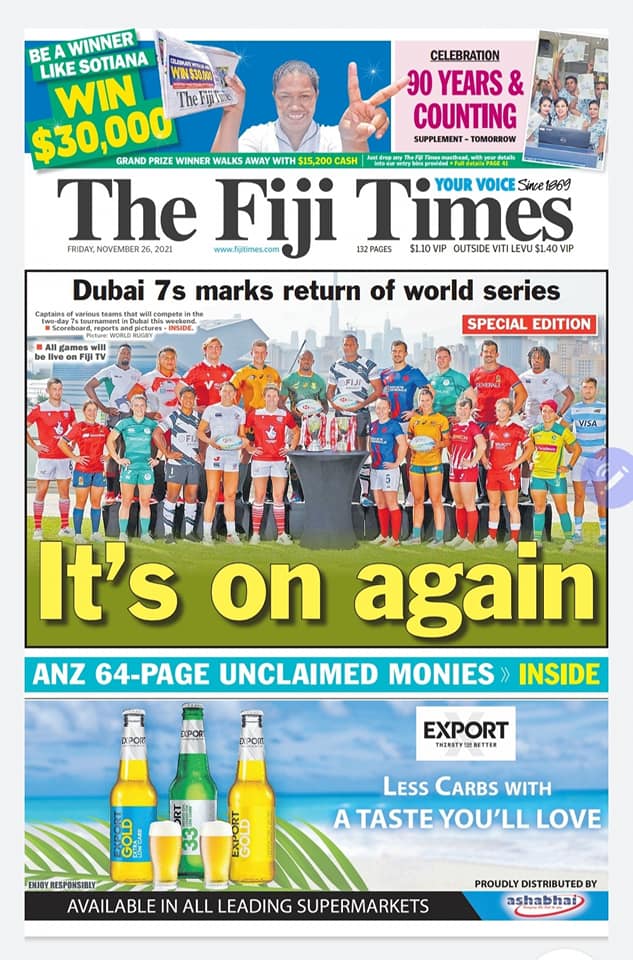 Readers have their say on issues that matter to them. Check out their letters on pages 8 and 9. 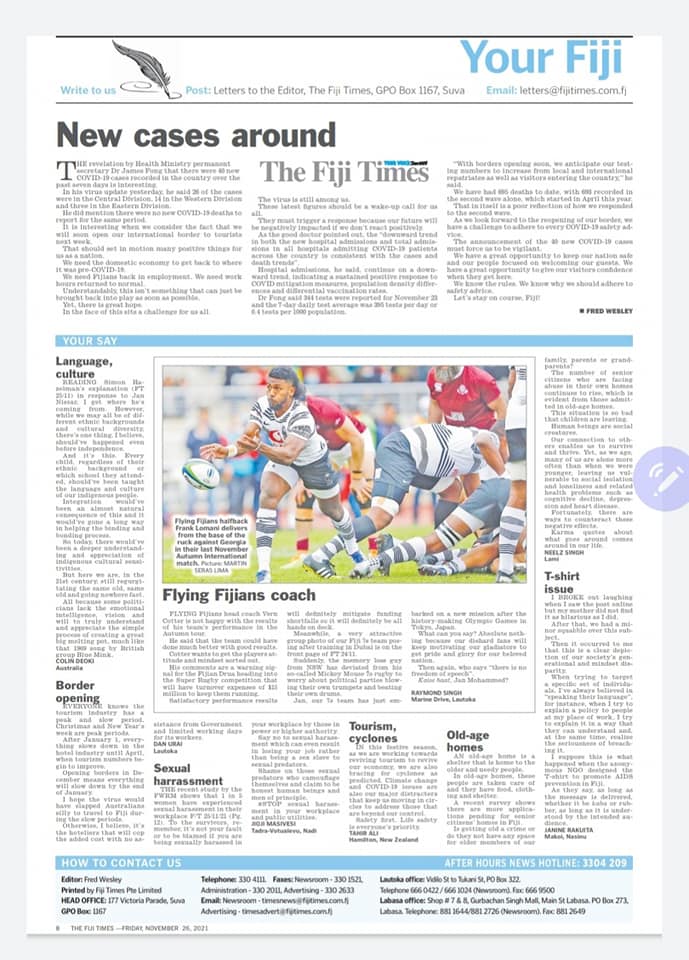 We have a story about: 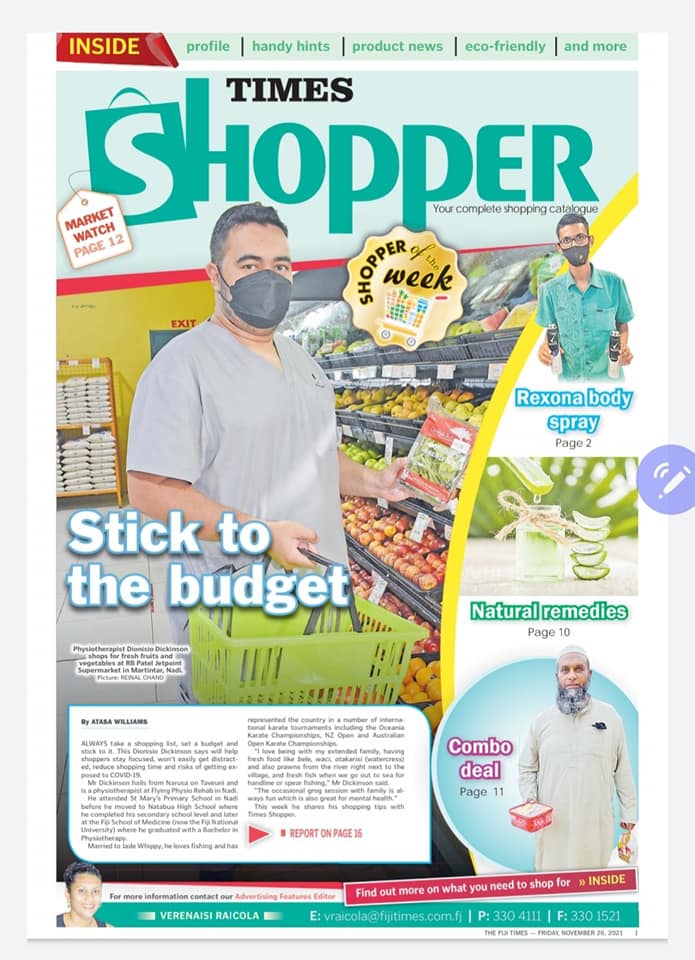 This section is much more than just about supermarket advertising. Read about shopping tips, and much more.

The big one on the back page is about rugby union.

Remember we are celebrating our 152nd anniversary and you can win cash with the Times. There were 10 winners in September and 20 winners in October. In this month of November, 30 lucky readers have the chance to win $152 each, and also get into the draw to win the grand prize of $15,200.

All you have to do to get into the draw is to cut out the masthead of the Fiji Times, write your name and address, and a phone contact on it, and drop this into a bin at a participating store near you. It’s that easy. Turn to Page 41 for details.