From the Editor-in-Chief’s desk: Your November 25 briefing 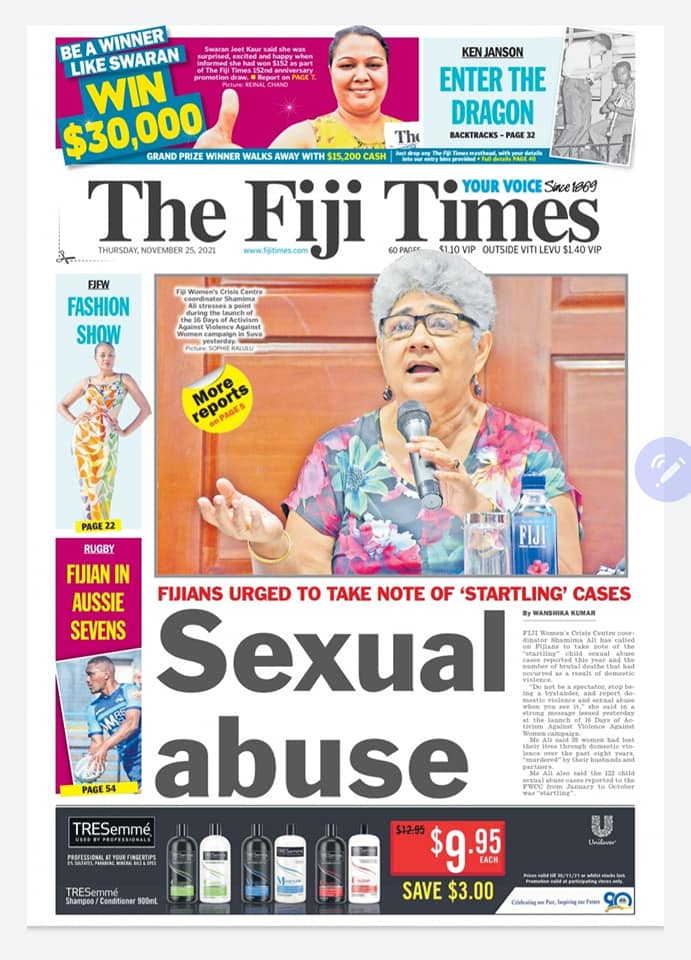 Here some stories that made the headlines in The Fiji Times edition for Thursday,  November 25.

The big story on page 1 is about:

Fiji Women’s Crisis Centre coordinator Shamima Ali has called on Fijians to take note of the “startling” child sexual abuse cases reported this year and the number of brutal deaths that had occurred as a result of domestic violence. “Do not be a spectator, stop being a bystander, and report domestic violence and sexual abuse when you see it,” she said in a strong message issued at the launch of 16 Days of Activism Against Gender-Based Violence campaign. Ms Ali said 39 women had lost their lives through domestic violence over the past eight years, “murdered” by their husbands and partners.

Readers have their say on issues they can relate to and feel strongly about. 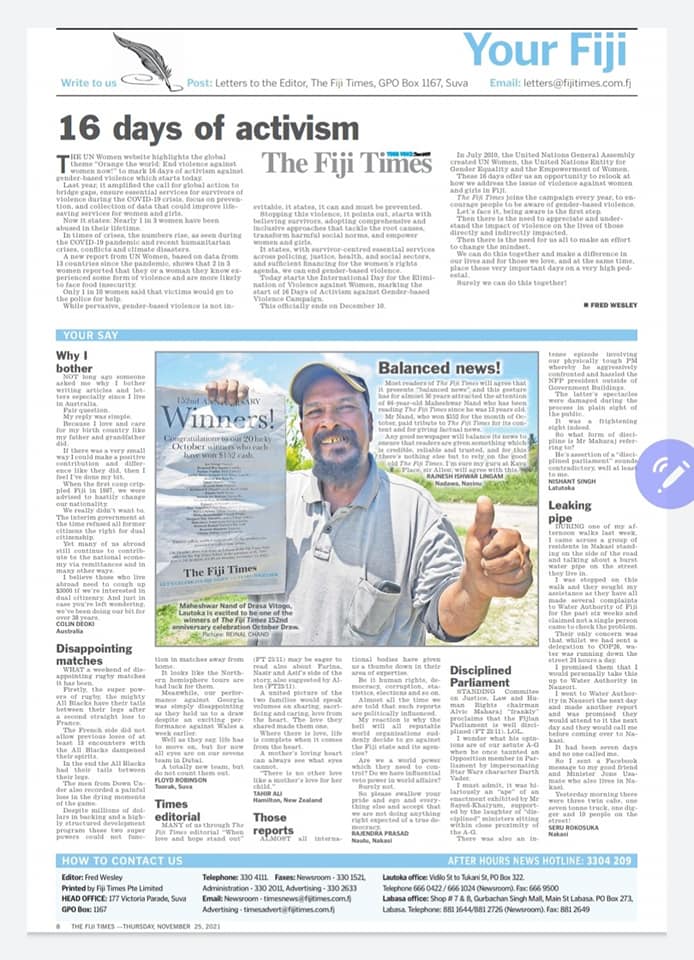 The leader is about 16 days of activism… read about this on Page 8. 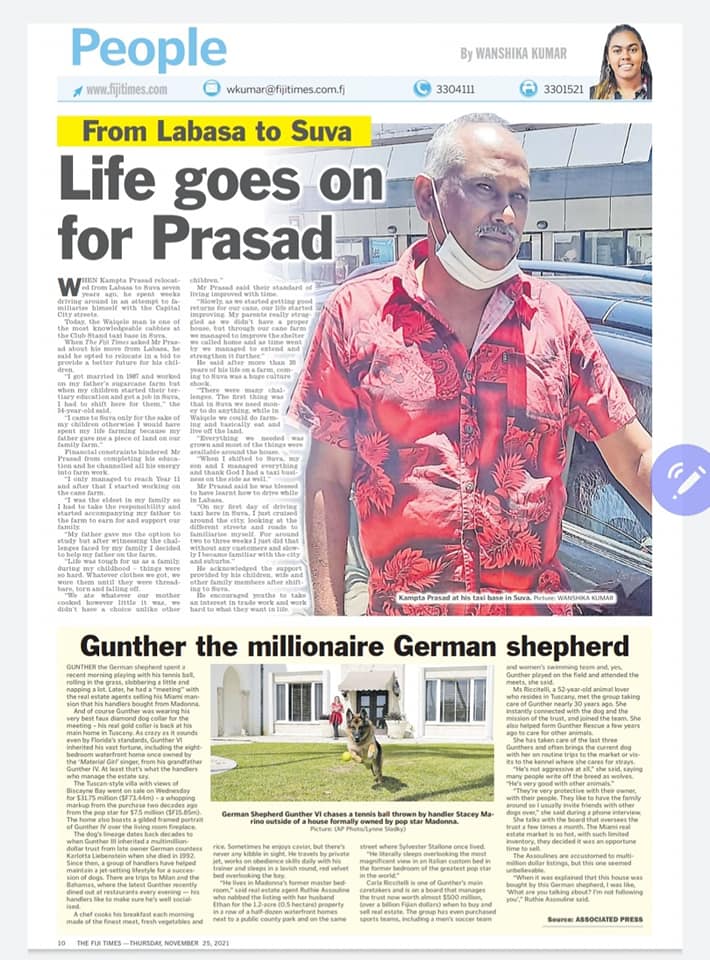 This section is about people and their hopes and aspirations and the challenges they faced to get to where they are today. 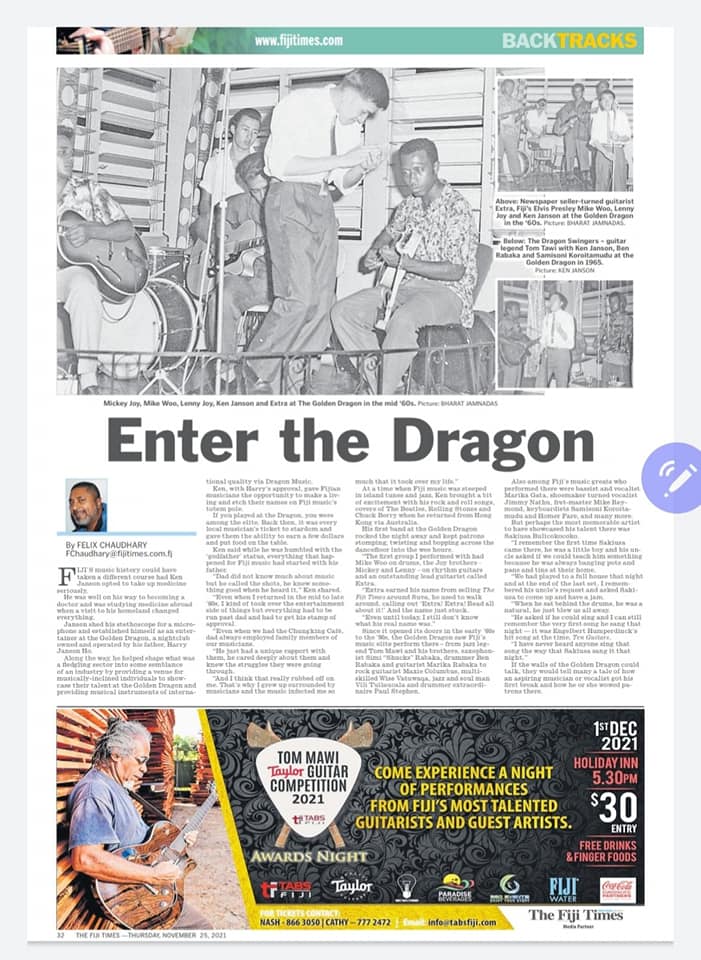 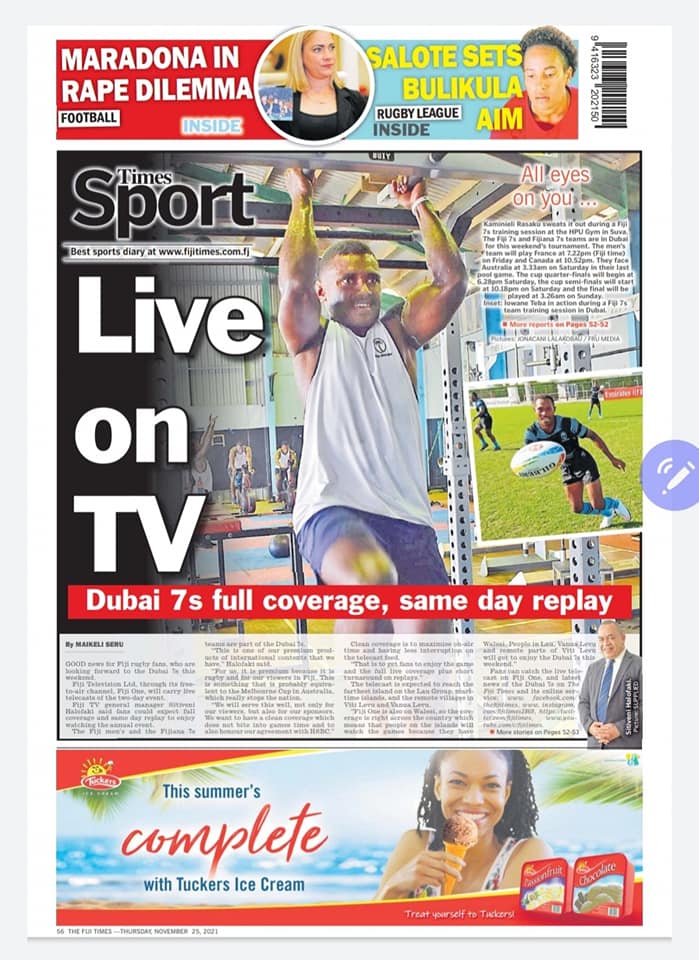 The big one on the back page is about rugby union. Read about: GOOD news for Fiji rugby fans, who are looking forward to the Dubai 7s this weekend. Fiji Television Ltd, through its free to-air channel, Fiji One, will carry live telecasts of the two-day event. Fiji TV general manager Sitiveni Halofaki said fans could expect full coverage and same day replay to enjoy watching the annual event. The Fiji men’s and the Fijiana 7s teams are part of the Dubai 7s. “This is one of our premium products of international contents that we have,” Halofaki said.