From the Editor-in-Chief’s desk: Your November 2 briefing 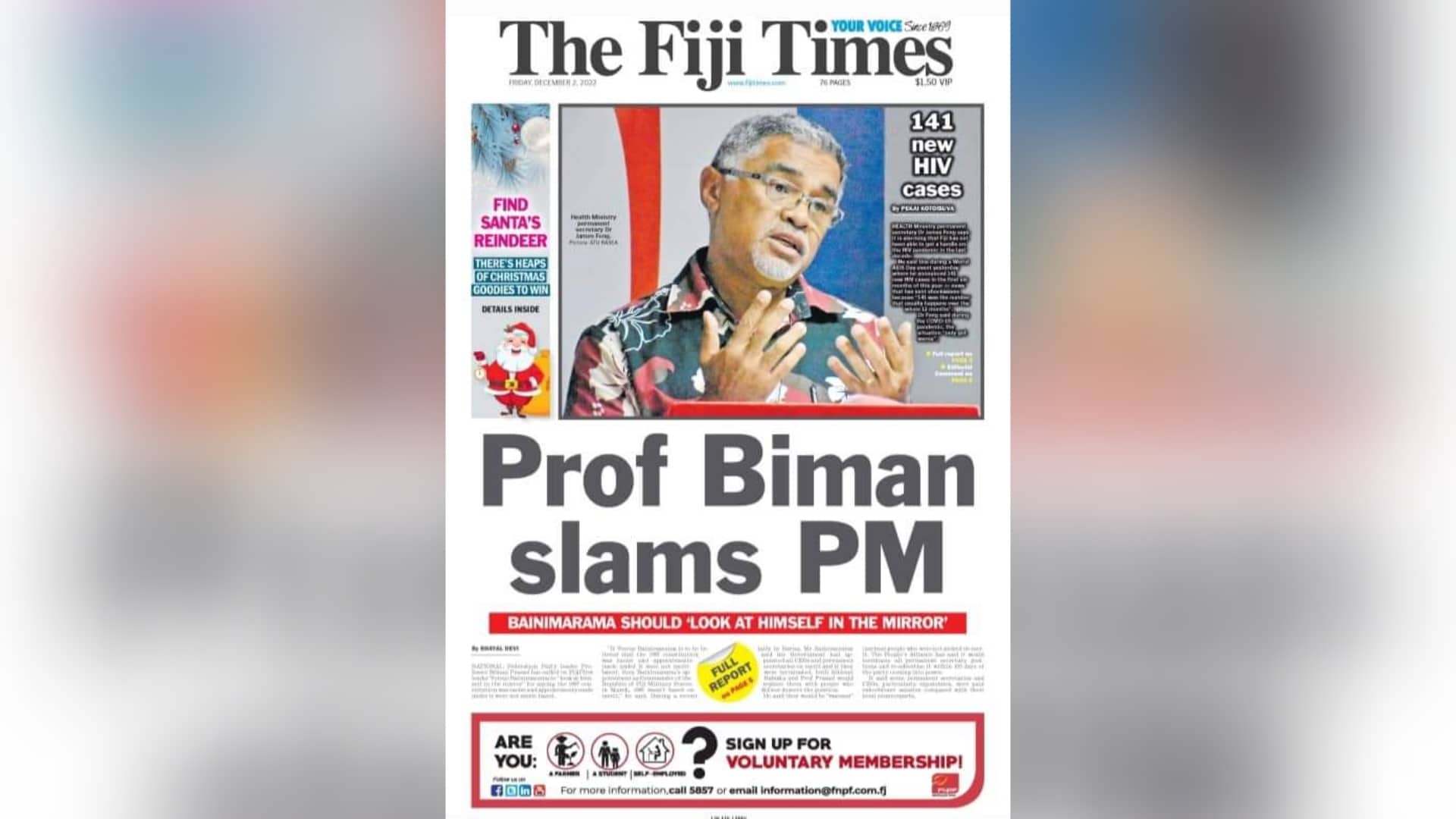 As we count down the days leading up to our General Election 2022, on December 14, we have politics continuing on the front page of the Fiji Times’ edition for Friday, December 2.

The big one is based on the 1997 Constitution.

It’s also about appointments of CEOs and permanent secretaries on merit.

The second story on Page 1 is about health and the worrying numbers of new HIV cases.

THE Fiji Pearls side has been drawn in a tough pool for next year’s Netball World Cup. Fiji is the bottom seed in Pool A which has world number 1 Australia, Tonga and Zimbabwe. The Fijians are currently ranked 15th in the world behind Tonga (???? and Zimbabwe (13).

DOHA – Lionel Messi missed a first-half penalty but Argentina’s Alexis Mac Allister and Julian Alvarez scored in a 2-0 victory over Poland at Stadium 974 on yesterday as both teams booked their places in the knockout stages of the World Cup.