From the Editor-in Chief’s Desk: Your November 19 briefing 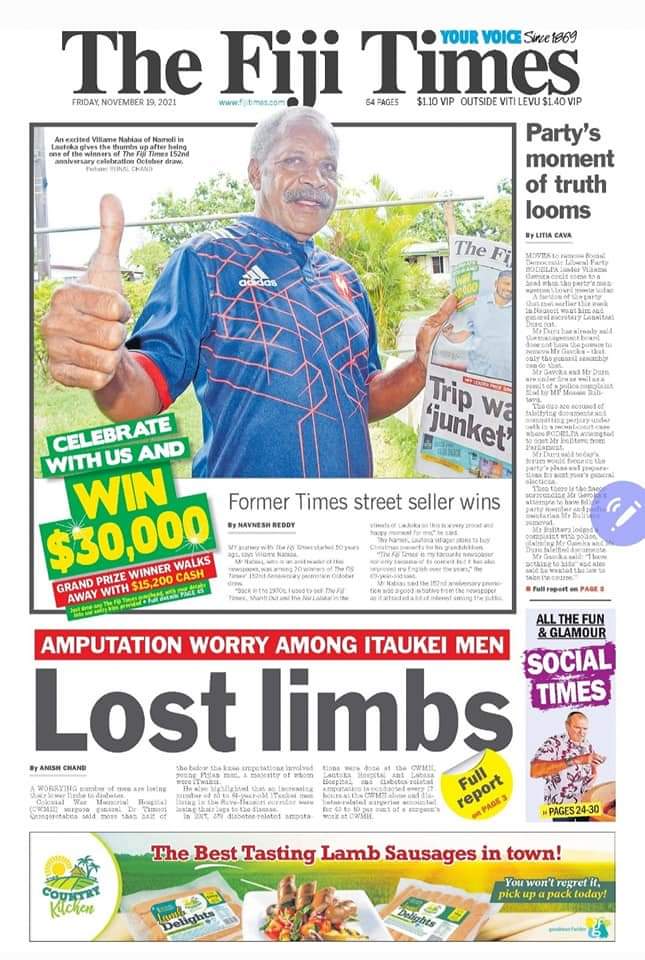 Here are some headlines that made The Fiji Times’ edition for Friday, November 19.

But before that, this is in the Flotsam and Jetsam column on Page 3: Beachcomber couldn’t help it but laugh aloud the other day. Mr 7, after hearing about tsunamis and the ‘next big one’, declared that mum and dad should buy a gas tank, goggles and breather for him “because I can’t hold my breath for long under water!” Talk about being prepared or what! But kids do say the darndest things!

PAGE 1
# A WORRYING number of men are losing their lower limbs to diabetes. Colonial War Memorial Hospital (CWMH) surgeon general Dr Timoci Qereqeretabua said more than half of the below the knee amputations involved young Fijian men, a majority of whom were iTaukei. He also highlighted that an increasing number of 50 to 64-year-old iTaukei men living in the Suva-Nausori corridor were losing their legs to the disease. – This continues on Page 3.
# MOVES to remove Social Democratic Liberal Party SODELPA leader Viliame Gavoka could come to a head when the party’s management board meets today. A faction of the party that met earlier this week in Nausori want him and general secretary Lenaitasi Duru out. – This continues on Page 3.

PAGE 2
# EDUCATION Ministry permanent secretary Dr Anjeela Jokhan says there was never any discussion about using examinations as a 100 per cent assessment tool for university and tertiary study entry. “I don’t think that, at any point in time, we said that we will just get these children to sit exams and we will use that, we deliberately did not say that,” she said.
# A new literacy and numeracy primary school curriculum will be rolled out in the new academic year. Education Minister Premila Kumar said it would help realise the national vision of transforming Fiji into a more progressive, modern and inclusive society.

PAGE 4
# THE Ministry of Agriculture has allocated $500,000 towards the clearing of idle land for agricultural purposes. Agriculture Minister Dr Mahendra Reddy said this while handing out offer letters to nine individual farmers and five farming clusters in the West.
# YACHTS arriving in Fiji from December 1 will be required to have uninterrupted sailing from its originating port to Fiji. This, according to a revised Blue Lane initiative advisory released on November 15 by the COVID-19 Risk Mitigation Taskforce.
# FIJI has had no COVID-19 vaccine-related deaths and no adverse reactions to any of the vaccines administered so far across the country. This, according to Health Ministry permanent secretary Dr James Fong.
# FORMER Minister for Women Mereseini Vuniwaqa says her appointment as chair of the Family Planning (FP2030) governing board is an extension of her former role. She said it was a huge privilege to be able to serve as Fiji’s Minister for Women, Children and Poverty Alleviation for the past five years.

PAGE 5
# THE Taveuni Tourism Association (TTA) has strongly opposed the proposed World Wave Project (WWP). The agency, which represents more than 50 resorts and business owners on Taveuni, Qamea and Matagi, said there was a huge amount of supporting evidence that showed the failure of similar projects around the world. “We do not want Fiji and, specifically, Taveuni and Qamea to be another failed attempt at creating an artificial surf reef,” the TTA stated.

LETTERS TO THE EDITOR/LEADER – PAGES 8 and 9
Readers have their say about issues they feel strongly about. There are interesting letters on these two pages.
# The leader is on how we must build confidence in visitors to our country when our international border opens soon. 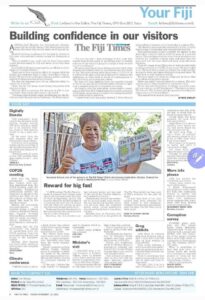 PEOPLE
This section is about people, their hopes and aspirations.
Read about:
AFTER dropping out of Year 12 in 2012 due to personal reasons, Manu Rauga decided to follow in the footsteps of his father who dives for a living. The lad from Dalomo in Yasawa-i-Rara was at ease with his decision because he not only had some knowledge about diving, but he had a great teacher in his father who had decades of experience in the underwater world. 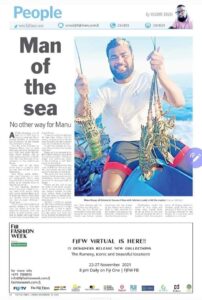 TIMES SHOPPER
This section is much more than just about advertising for supermarkets. Check out specials, shopping tips and much more inside. 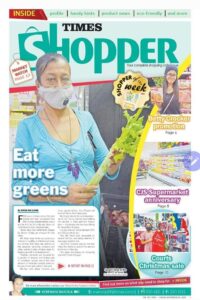 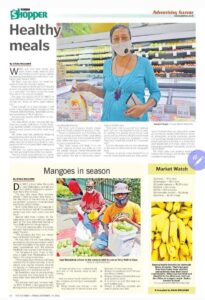 SPORTS
The big one on the back page is about rugby union.
Read about:
FIJIANA 7s player Vasiti Solikoviti says “fighting for a spot” in the team is what drives her as she was given the opportunity to again represent the country. Solikoviti was named in the 13-member squad for the Dubai 7s series next week. 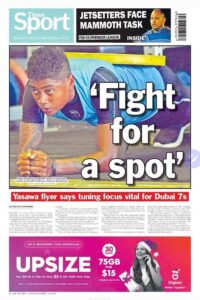