From the Editor-in-Chief’s desk: Your June 24 briefing 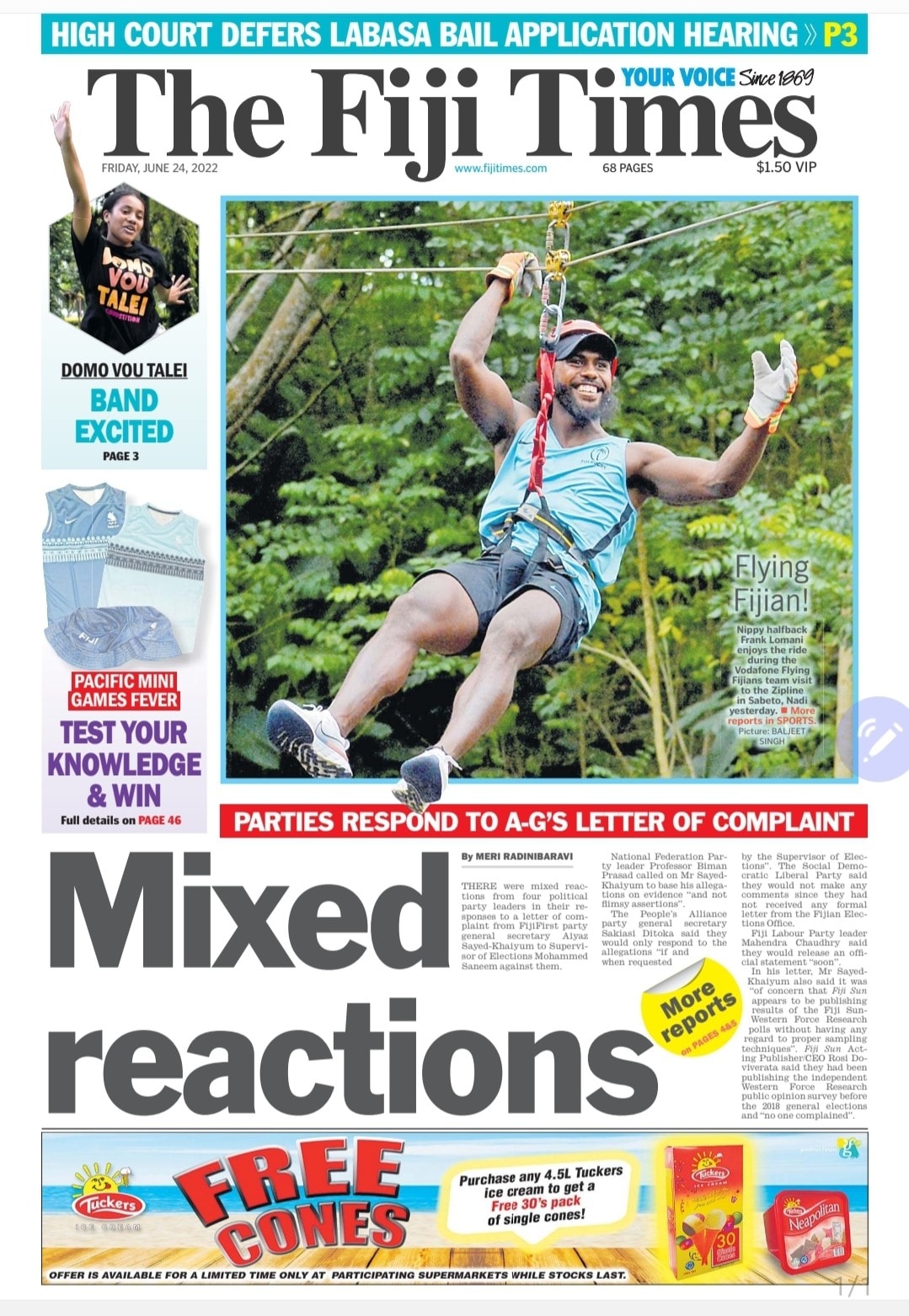 The big one on the front page of The Fiji Times’ edition for Friday, June 24 is on politics.

It’s a take on responses to a letter written by FijiFirst Party general secretary Aiyaz Sayed-Khaiyum to the Supervisor of Elections Mohammed Saneem.

## We continue with our count-down for the Flying Fijians and the exciting new Domo Vou Talei competition.

Here are some headlines that made Friday’s The Fiji Times.

THE Fiji First Party has asked Supervisor of Elections (SOE) Mohammed Saneem to look into the publication of polls in the Fiji Sun newspaper amidst claims they are “skewed’. Party general secretary Aiyaz Sayed-Khaiyum raised a number of concerns on how the poll was conducted by a company named Western Force.

THE Fiji First Party has asked Supervisor of Elections Mohammed Saneem to take appropriate action against the Social Democratic Liberal Party (SODELPA) for allegedly contravening Sections 116(4C) and (4D) of the Electoral Act.

FIJIFIRST Party general secretary Aiyaz Sayed-Khaiyum claimed recent fundraising events by The Peoples Alliance party and the National Federation Party overseas, amongst other things, could be used to “launder money”.

FIJI Sun has been publishing the independent Western Force Research public opinion survey before the 2018 general elections and “no one complained.”

FIJI Labour Party leader Mahendra Chaudhry says Haroon Ali Shah is a party member, and has been since 1999.

THE People’s Alliance party general secretary Sakiasi Ditoka says the party will only respond to allegations made by Fiji First Party GS Aiyaz Sayed-Khaiyum “if and when requested by the Supervisor of Elections”.

SOCIAL Democratic Liberal Party communications manager Tukini Cama says they will not respond to claims made by Fiji First Party general secretary Aiyaz Sayed-Khaiyum at a press conference on Wednesday.

THE Fijian Government has not borrowed money from the Chinese since 2012. This, according to Attorney General and Economy Minister Aiyaz Sayed-Khaiyum during the 2022-2023 national budget consultation at Fiji National University in Suva. 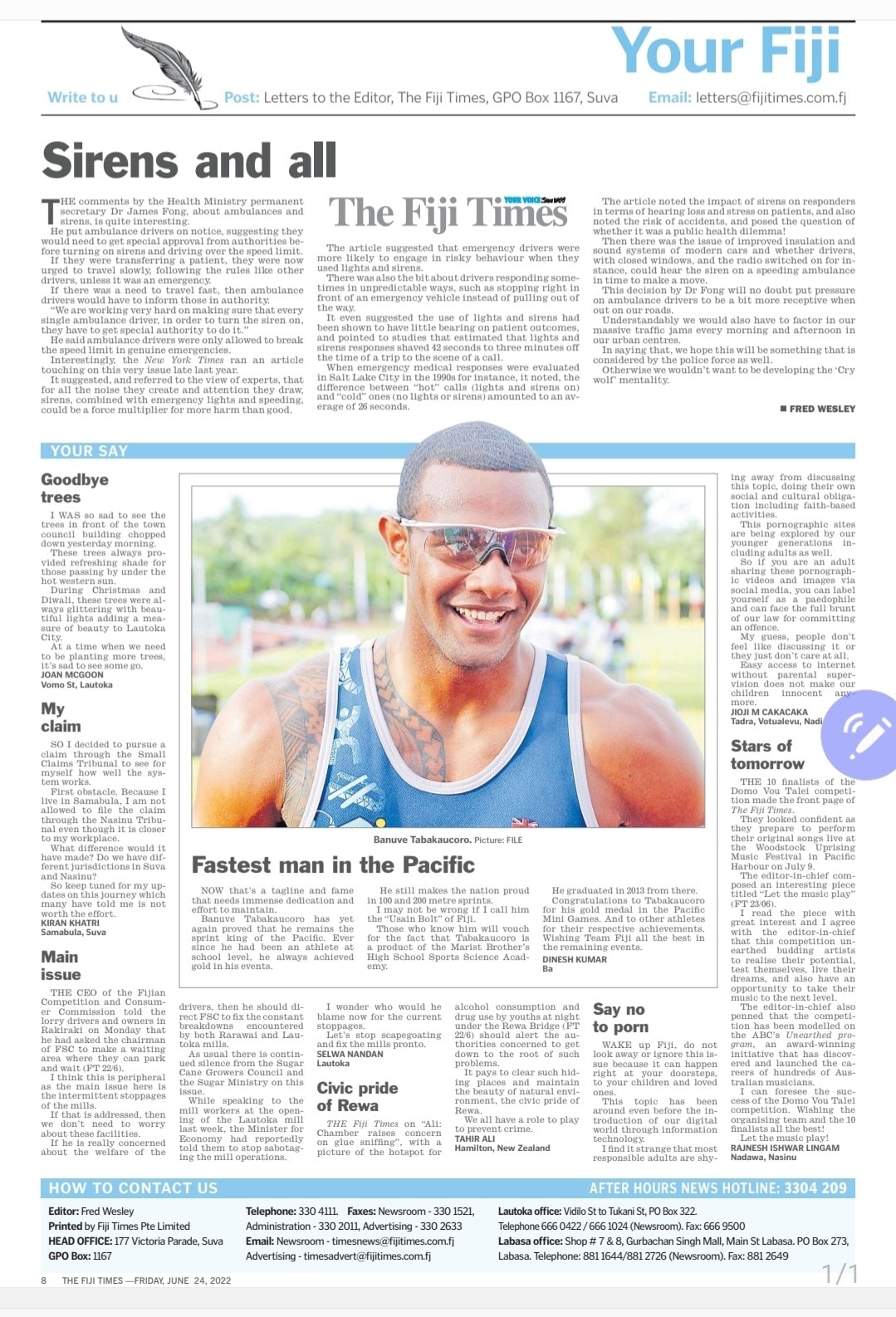 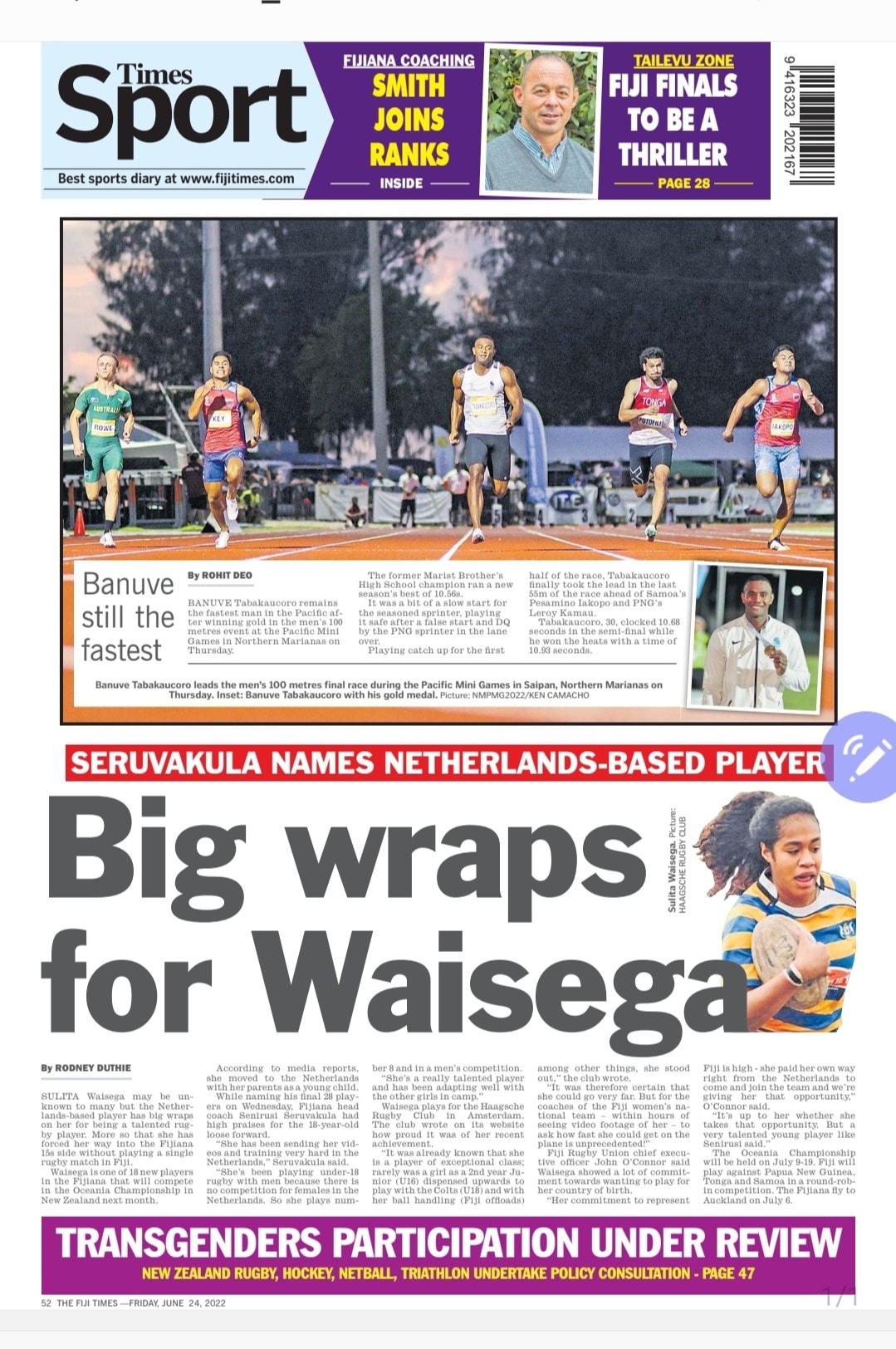 THE brotherly love of the Tudulu siblings — Luke and Waisea — will be something they will play for when they wear the Fiji U20 rugby jersey next month.

BUSTING open his shoe during his warm-up did not deter Onisito Tuilawaki from wanting to win gold for his Tailevu North College at the Tailevu Zone at Suva’s ANZ Stadium.