From the Editor-in-Chief’s desk: Your June 23 briefing 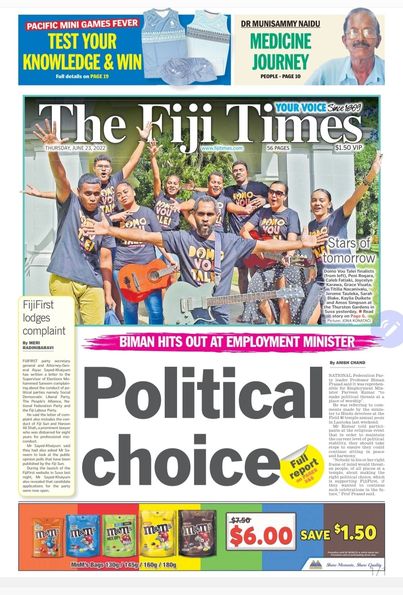 The big one on the front page of the Fiji Times’ edition for Thursday, June 23 is on politics.

However, we have a lovely picture of the 10 finalists for the Domo Vou Talei competition. Jona Konataci  captured this shot at Thurston Gardens in Suva.

It’s something to look forward to. Let the music play!

On the political front, a political party leader has taken a swipe at a government minister for comments he made at a temple in the West recently.

Read these stories in The Fiji Times.

Here are some headlines that made The Fiji Times for Thursday.

LAUTOKA Hospital has a total of 61 active cancer cases in its Oncology Unit.

INSTEAD of electioneering, government must ensure its economic policies leaves no Fijian hungry or forces children to scavenge for scrap metal or sell food to help feed their families. This was the view expressed by National Federation Party vice-president Lenora Qereqeretabua. 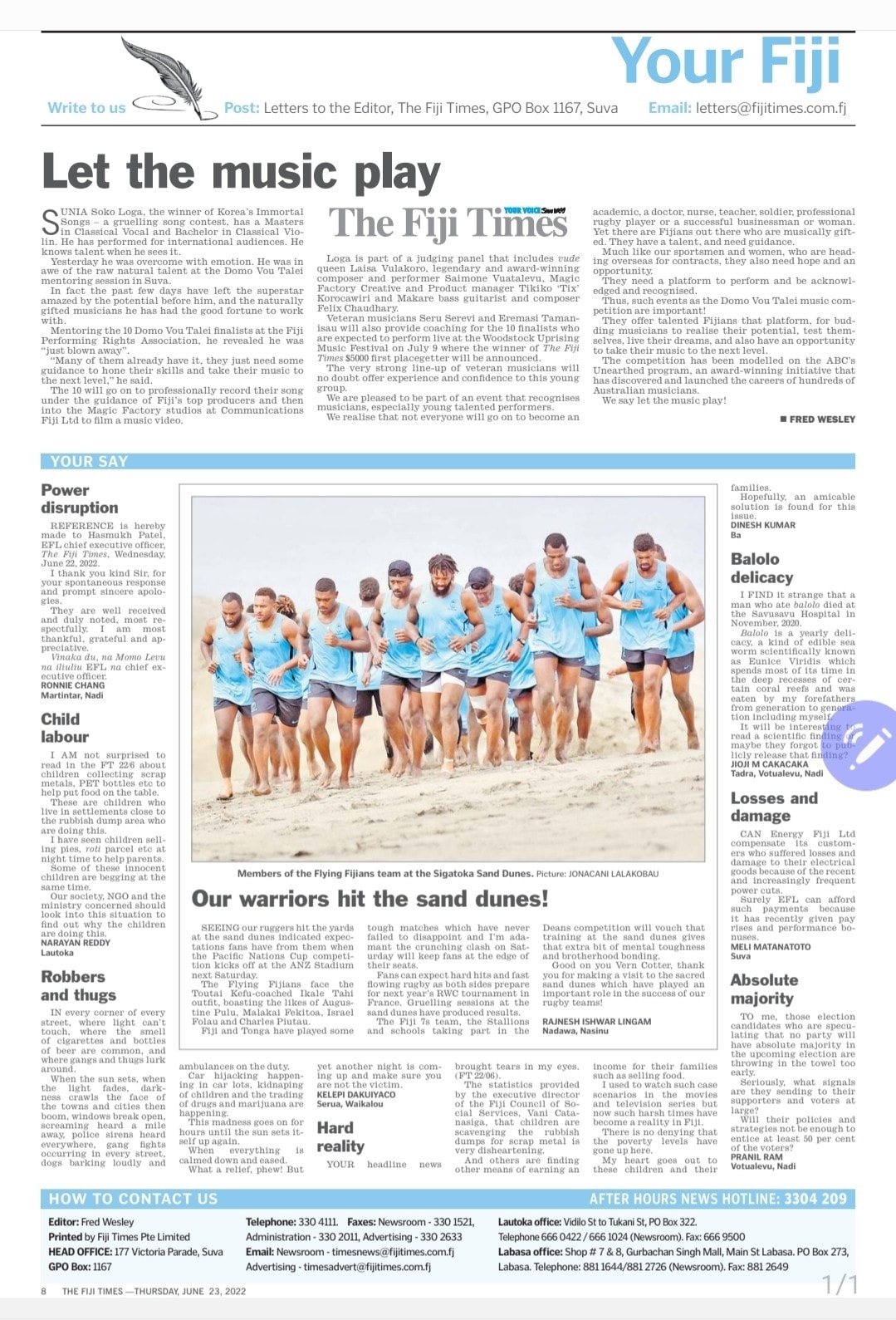 THE Fiji Rugby Union yesterday announced its Fijian under-20 squad to participate at the Oceania Championship at Sun Shine Coast in Australia on Monday.

CANBERRA Raiders wing Semi Valemei is excited for his first Fiji Bati game when they face the Papua New Guinea Kumuls at the Campbelltown Sports Stadium in Sydney on Saturday.

THREE swimmers from Raffles International School in Dubai, the United Arab Emirates will compete in the two-day National Schools Swimming Championship at the Olympic Pool in Suva next week.