From the Editor-in-Chief’s desk: Your June 22 briefing 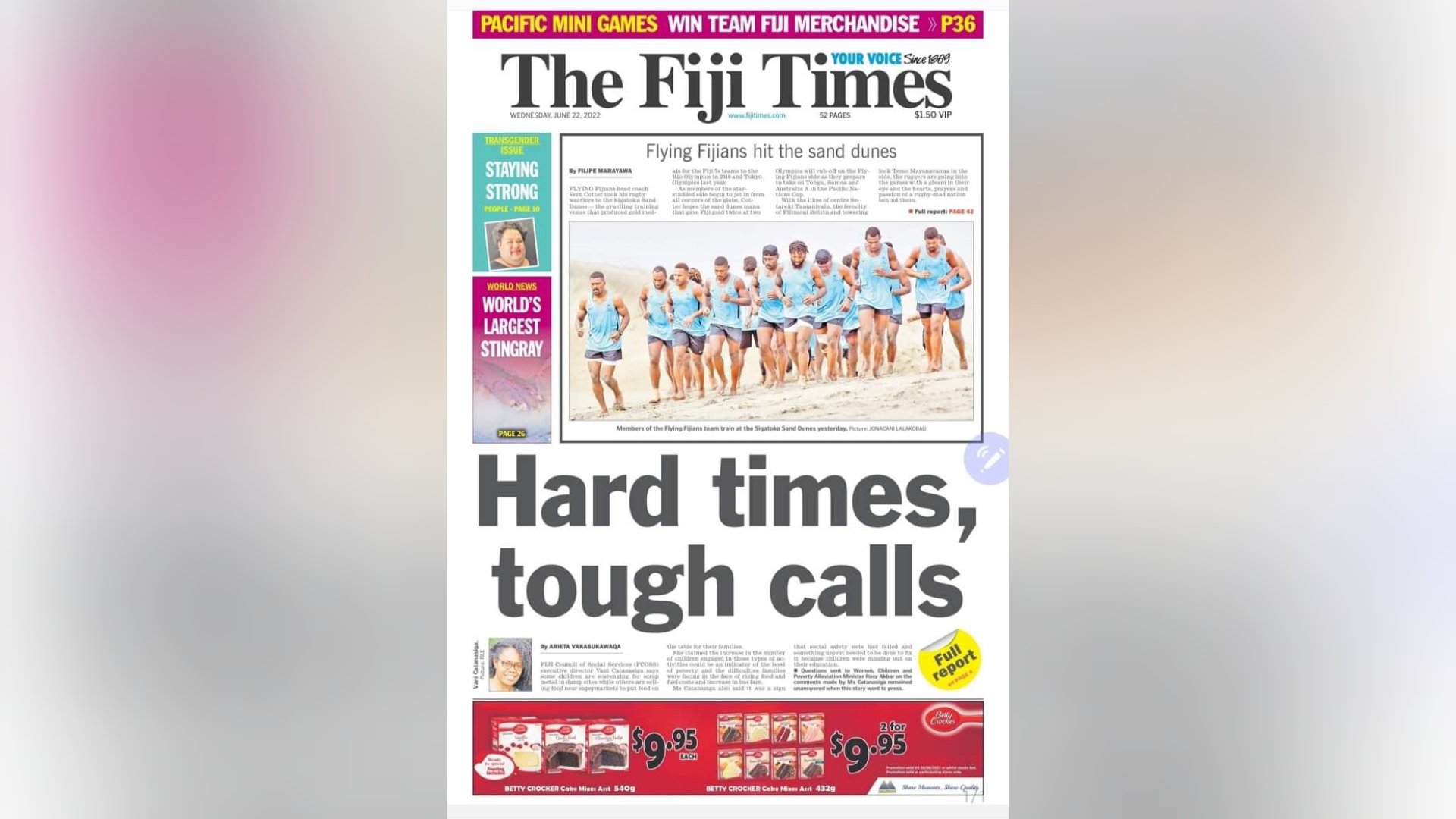 Bula
I was moved by the picture by Jona Tamai Gloria on the front page of The Fiji Times’ edition for Wednesday, June 22.

It sort of gave me goosebumps seeing our stars running together at the sand dunes in Sigatoka, especially after having arrived from Europe, Australia and New Zealand. I suppose it was the formation perhaps, or the fact that they were sort of grouped together that inched out that thought of uniformity, and confidence as a unit. Imagine that! They came from all over the globe, and they ran together as a team at the dunes! Remember our Olympic gold medal winning 7s teams trained at the dunes! What a start!

The big one though on the front is about very young children assisting their family by selling food parcels at night, and some were out looking for scrap metal at landfills and dump sites.

Read their stories in The Fiji Times.

HEADLINES
Here are some headlines that made The Fiji Times for Wednesday. 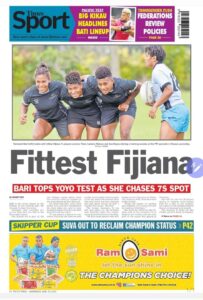 There’s more to read inside but you’ll have to get a copy to know what we are talking about.
You can call our Circulation Department for our subscription rates. Call us on phone: 3304111 and talk to Setaita, Jervis or Shamal.
Think about it! They could organise the delivery of your newspaper fresh off the press every day, right to your doorstep.
No hassles, no worries!
Prefer to read the newspaper online? Then try out the e-edition! There are simple instructions to follow to get to the daily edition!