From the Editor-in-Chief’s desk: Your June 21 briefing 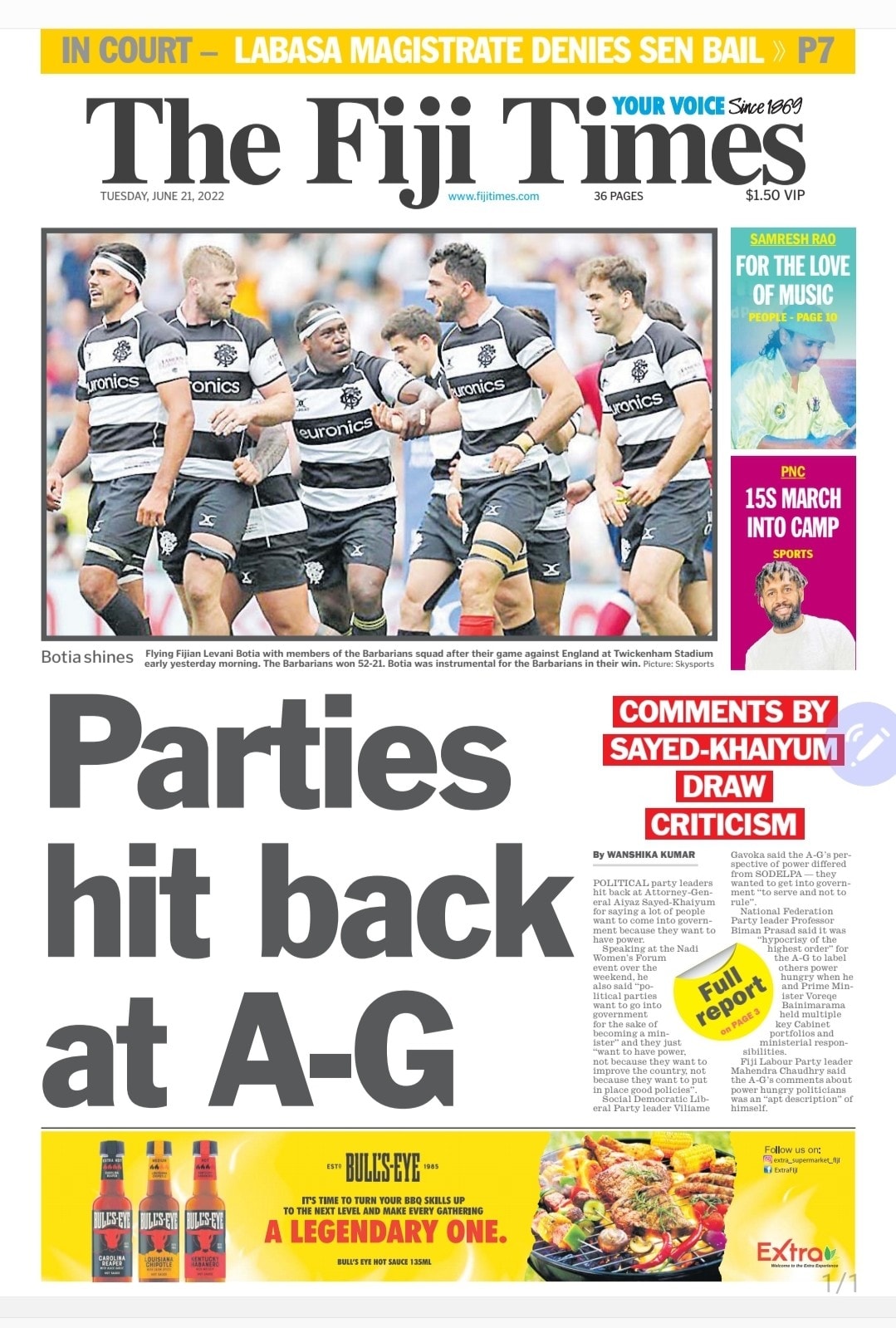 The big one on the front page for The Fiji Times’ edition for Tuesday, June 21 is on politics. A number of political party leaders have their say on a statement made by the Attorney-General recently. Read their stories in The Fiji Times.

Here are some more headlines that made The Fiji Times.

JUDGES in the Domo Vou Talei song contest have agreed on the 10 finalists in the original song competition.

THE Fiji Labour Party will look at the plight of workers, the vulnerable and the underprivileged in Fiji, says former trade unionist and provisional party candidate Taina Rokotabua.

ASPIRING National Federation Party candidate Dorsami Naidu believes no one party is going to get the majority votes in this year’s general election.

Another go for Rabuka

PEOPLE’S Alliance leader Sitiveni Rabuka says he will have another go at this year’s elections in a bid to “make things better for our children, grandchildren and great grandchildren”.

LORRY drivers have been urged to work with the Fiji Sugar Corporation during the 2022 crushing season to make it a successful one.

HEALTH Ministry permanent secretary Dr James Fong became emotional when he spoke to 14 women informal waste pickers yesterday, saying their plight was often a topic of discussion he had with his wife.

LABASA Magistrate Bimsara Jagodage yesterday reminded defense counsel Abhay Singh that all accused persons were treated equally – in relation to his client being charged in relation to the death of a 49-year-old man. 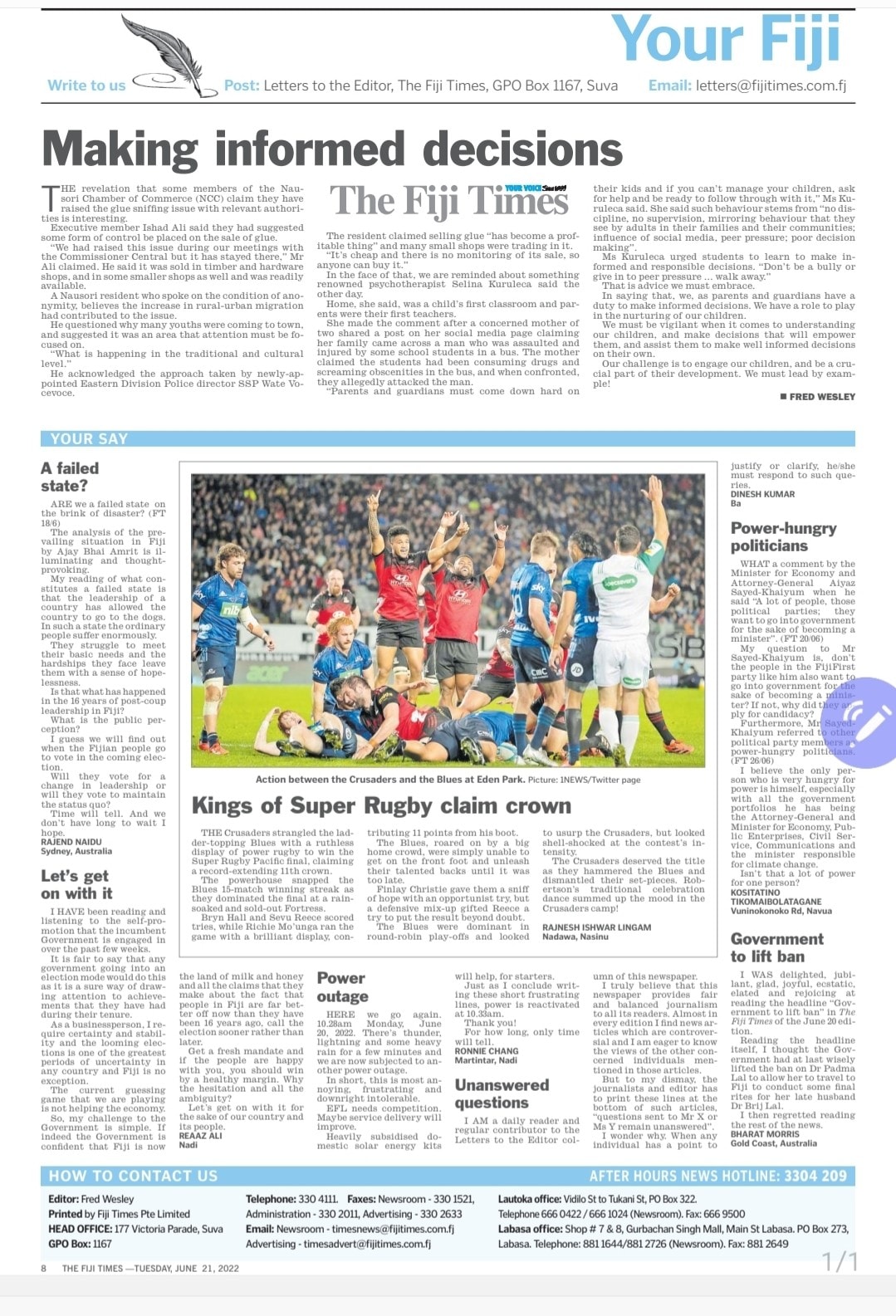 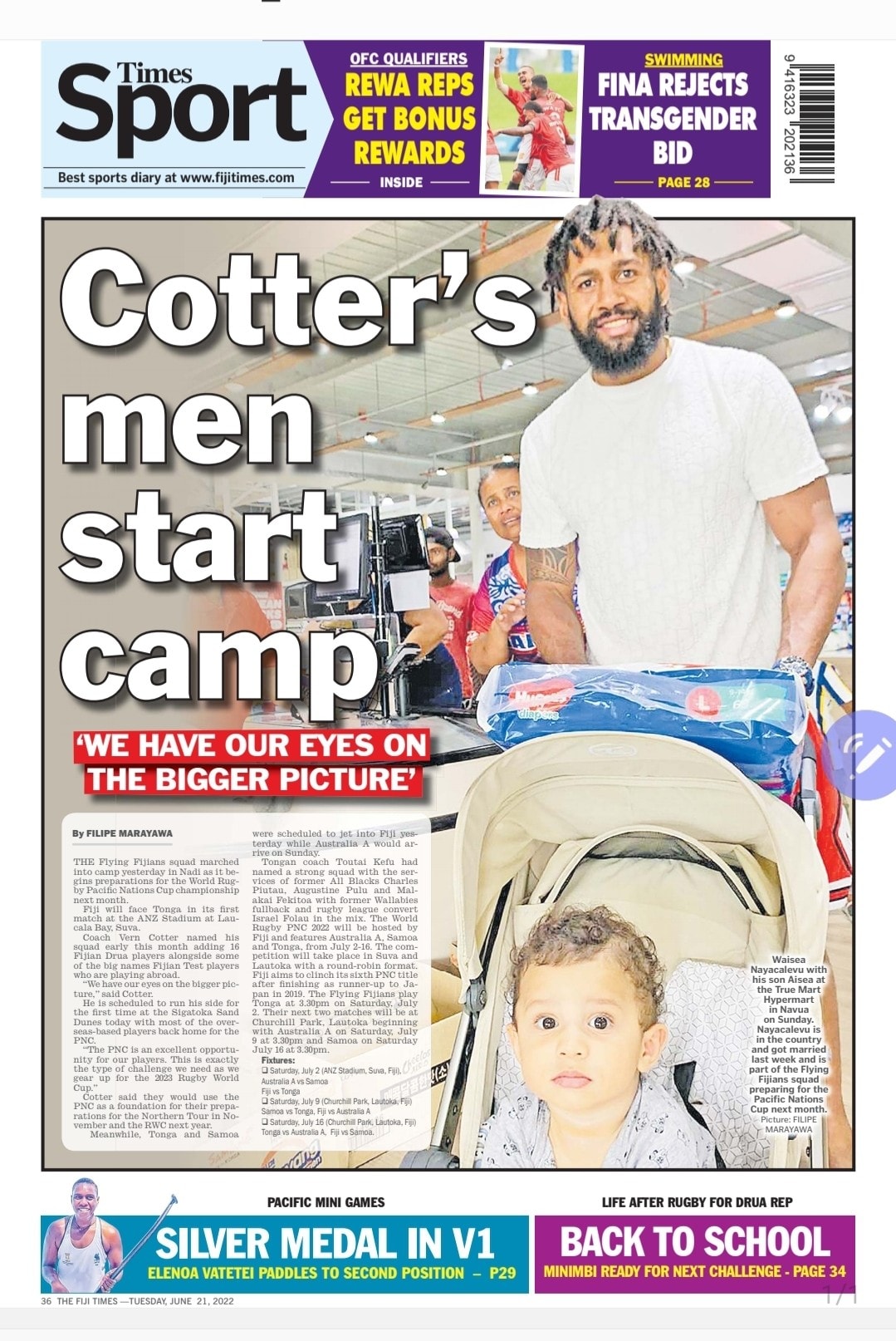 ELENOA Vateitei bagged a silver medal in the Open Women’s V1 500 metres race after losing to Tahiti for the gold medal at the Pacific mini Games in Saipan.

THE victorious Rewa football players will be rewarded for their gallant performance against Lautoka in the OFC Champion League national play-off on the weekend.