From the Editor-in-Chief’s desk: Your July 29 briefing 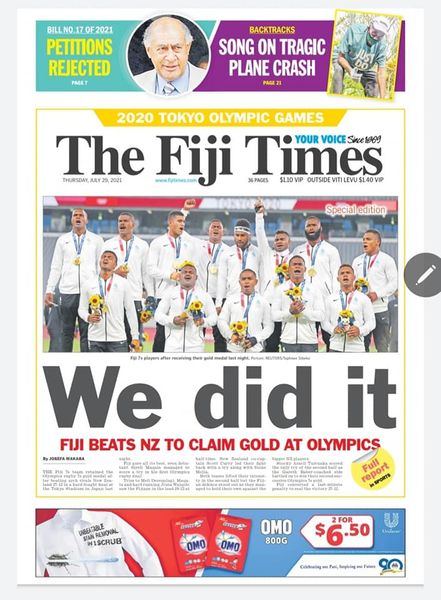 Fireworks lit up the night sky in the Capital City as Fijians lapped up the 27-12 victory over New Zealand for our gold medal at the Olympic Games in Tokyo, Japan.

After that jittery start on Day One, against Japan, Gareth Baber stayed true to his guns.

He was never moved!

He stuck to his belief in maintaining our defensive shape, and building from there.

He knew we have the arsenal to beat the best in the world.

He knew there was no comparison to our attacking shapes.

He had no qualms about what should be done to make a difference.

He had to nullify opposition attacks. That called for emphasis on defence.

Our attacking flair, our speed, our uncanny ability to pick out gaps, and our confidence, belief and composure would do the rest. He believed that.

It was a master-stroke that obviously had fans sitting on the edge of their seats. This wasn’t something we were used to. This wasn’t the norm. But it worked.

We contested the breakdowns when we could, and stayed back when we had to. We were focused on numbers.

We were strategic and we were confident and composed.

In the end, it was a game that suited the run of play. It was a style that brought us victory, and once again showed the world a glimpse of Fijian rugby. 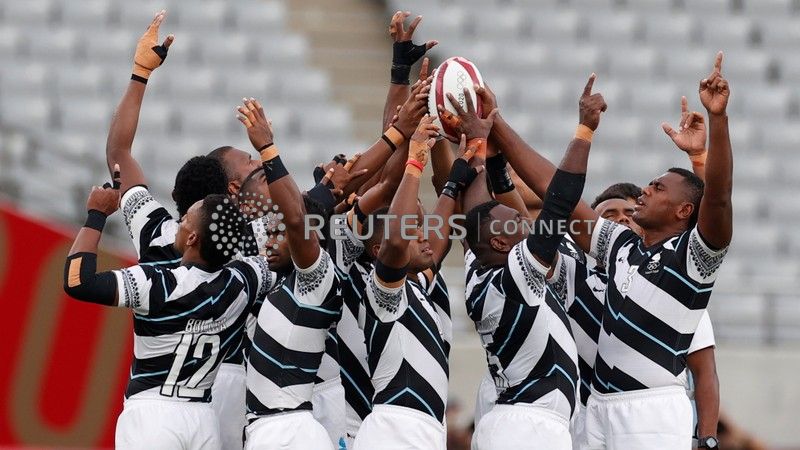 When all things are said and done, there can be no doubts about the impact of tonight’s victory on the people of our nation.

Staring at a blankwall since April. With the number of COVID-19 cases going out of hand, Fijians finally had something to feel good about.

We were united as a nation.

The fireworks and cheers, the screams of joy and laughter, they all signified a sense of appreciation, and reflected how much this game means to us as a nation.

Our love for the sport, and the fact that we can actually beat the best the world has to offer, cuts through every imaginary demarcation line. It serves as bridge uniting every Fijian.

We may be a tiny dot on the world map, but we certainly punched high above our weight.

What a joy that was! That was once again, one for the times, an unforgettable moment in our history. We were Olympic champions in 2016. We are still Olympic champions now. What a night! What a game! Such excitement, such joy! Thank you for the memories!

Tonight the permanent secretary for Health and Medical Services Dr James Fong announced 1057 new cases of COVID-19 for the 24 hour period that ended at 8am today. He said 144 cases are from the Western Division and 913 cases are from the Central Division.

Here are some headlines that made The Fiji Times’ edition for Thursday, July 29.

We have the victory at the Olympic Games.

We have reports from Parliament on these pages. 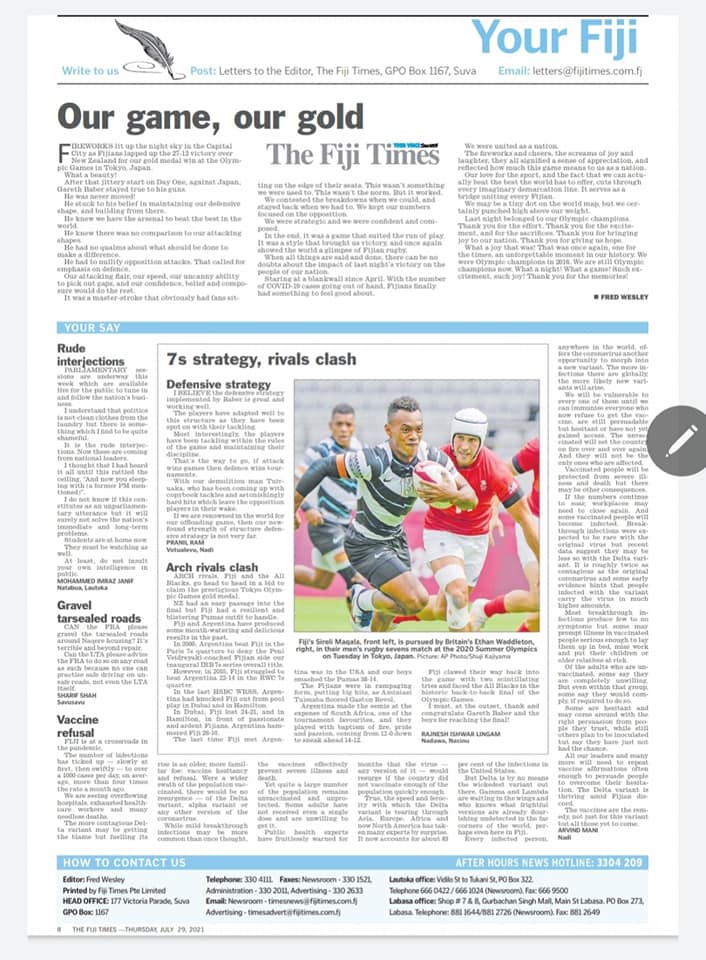 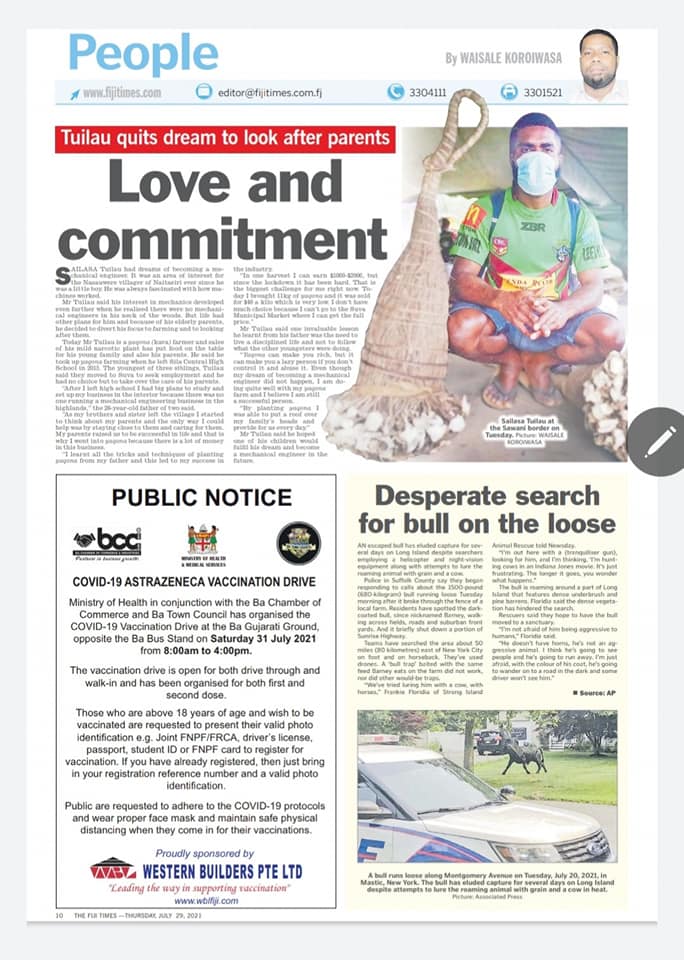 SAILASA Tuilau had dreams of becoming a mechanical engineer. It was an area of interest for the Nasauwere villager of Naitasiri ever since he was a little boy. He was always fascinated with how machines worked. 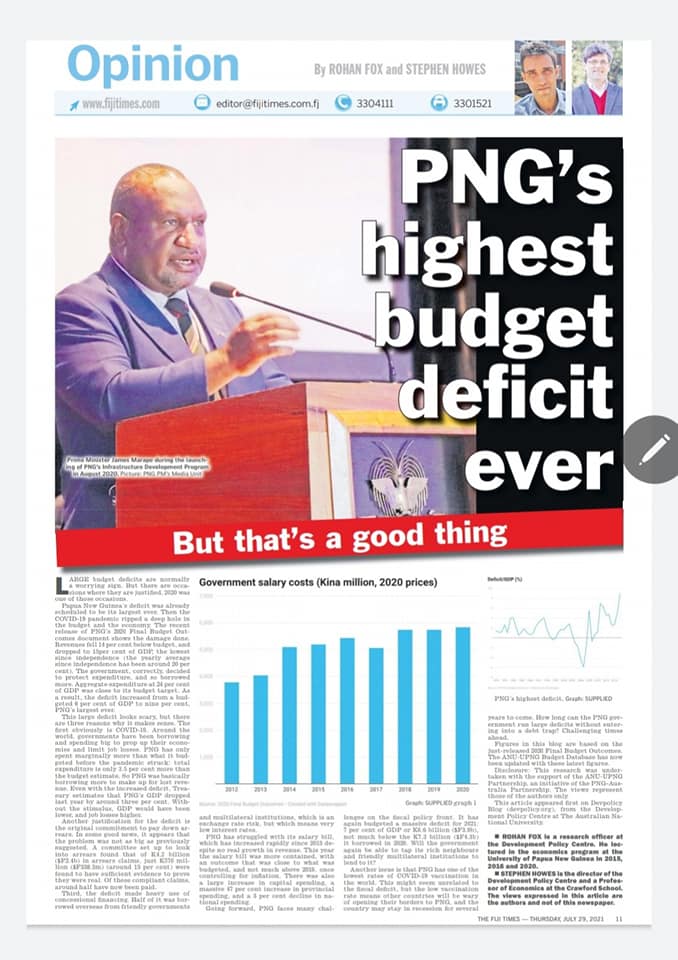 LARGE budget deficits are normally a worrying sign. But there are occasions where they are justified. 2020 was one of those occasions. Papua New Guinea’s deficit was already scheduled to be its largest ever. 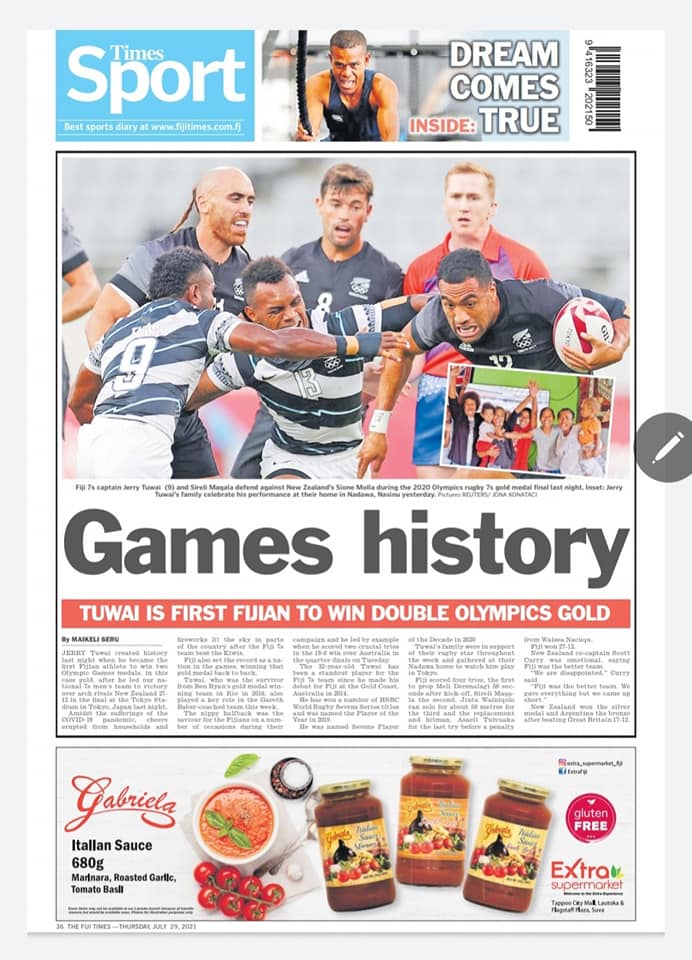 The big one on the back page is about Jerry Tuwai’s two Olympic Games gold medals.

There’s a lot more to read about inside. But you’ll have to get a copy to know what we are talking about.