From the Editor-in Chief’s desk: Your January 28 briefing 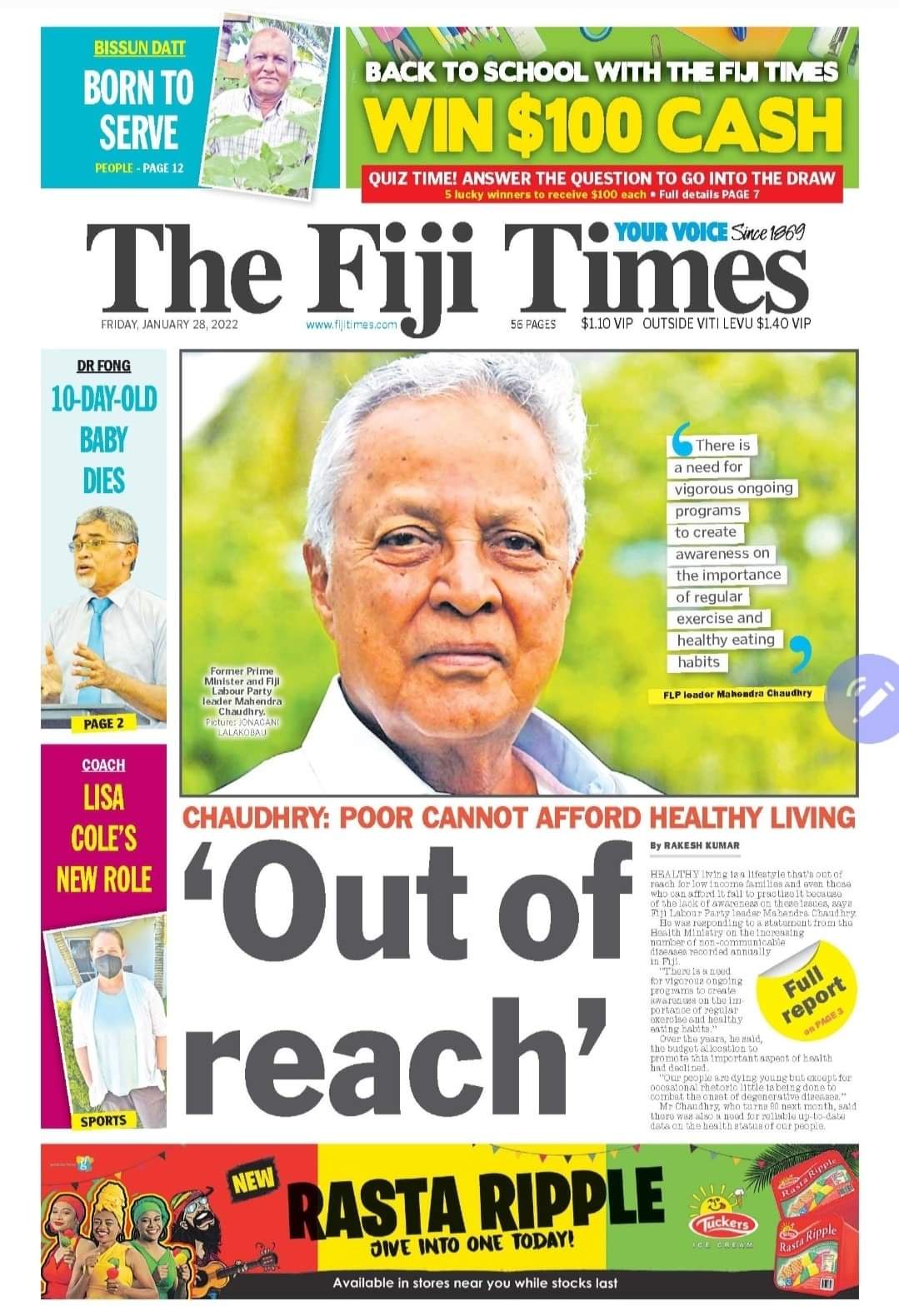 Bula
Here are some headlines that made The Fiji Times’ edition for Friday, January 28.

HEADLINES
PAGE 1
HEALTHY living is a lifestyle that’s out of reach for low income families and even those who can afford it fail to practise it because of the lack of awareness on these issues, says Fiji Labour Party leader Mahendra Chaudhry. He was responding to a statement from the Health Ministry on the increasing number of non-communicable diseases recorded annually in Fiji.

PAGE 2
1 THE analysis of the first 91 deaths in the vaccine eligible population during this third wave has revealed that fully vaccinated adults have an almost 15 times lower rate of death from COVID-19 than unvaccinated adults, says Health Ministry permanent secretary Dr James Fong.
2 THE death of a 10-day-old baby and two children aged eight and 13 who were tested positive for COVID-19 is a sad reminder of what the virus can do in our communities, says Dr Fong.

PAGE 3
1 OVER 80 per cent of deaths in Fiji are to attributed to Non-Communicable Diseases, according to the Health Ministry. Between 30 to 40 per cent were premature deaths.
2 BUDGET allocations on national security in weak economies could be impacted if cases of non communicable diseases continue to rise, says People’s Alliance Party leader Sitiveni Rabuka.
3 HEALTHY eating is a lifestyle out of reach for low income families and even those who can afford it fail to practice it because of the lack of awareness on these issues, says Mr Chaudhry.

PAGE 4
1 THE families of three fishermen who were reported missing in Labasa early this month have pleaded with police to improve procedures of search.
2 GAPS were found in COVID-19 cases data when school teachers were taken on board to assist with data verification work, says Minister for Education, Heritage and Arts, Premila Kumar during a tour of schools in Nadogo, Macuata yesterday.
3 EDUCATION Minister Premila Kumar says it will not be safe for children with underlying conditions such as asthma and diabetes to return to school.

PAGE 7
1 A family in Nakasi is trying to come to terms with the death of their father, Steven Sachin Singh, following the discovery of his body underneath a bridge in Toga, Rewa on Wednesday morning.
2 POLICE are now treating the death of a man in Nausori Town last weekend as homicide.This has been confirmed by police spokesperson Wame Bautolu yesterday.
3 POLICE are investigating the alleged sacrilege of the Nav Durga Mandir Ramayan Mandali in Baulevu, Nausori yesterday.
4 AN injunction to stop the late Minister for Forestry Osea Naiqamu’s funeral tomorrow has been thrown out by the High Court in Lautoka.

PAGE 20
1 AN elderly man in Kalekana settlement outside Lami depends on government’s social welfare assistance of $100 to put food on the table for his grandchildren. Voreqe Kukusu, 73, has been looking after his grandchildren after their parents separated.
2 REHABILITATION packages are available to assist canegrowers who were affected by the recent flooding and Tropical Cyclone Cody.
3 MINISTER for Youth and Sports Parveen Kumar has reassured youth farmers affected by the recent floods that they will be assisted by the ministry.
4 MARKET vendors in Suva continue to face the impact of Tropical Cyclone Cody as vegetable prices continue to increase to two to three times the regular prices.

PAGE 22
AS the hours tick down to the start of the 2022 Jazz and R&B Show, we only shiver and shake in anticipation of what sophisticated and lush sounds will be feeding the spirit tonight.

PAGE 23
The Fijian Government has reaffirmed its commitment to further elevate levels of collaboration with India. 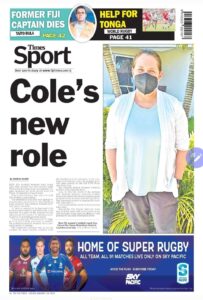