From the Editor-in-Chief’s desk: Your January 25 briefing 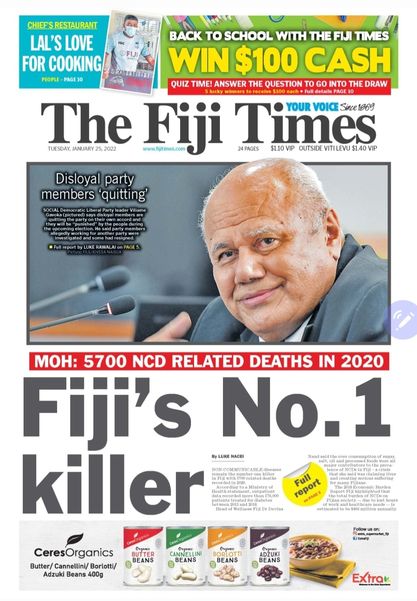 Here are some headlines that made The Fiji Times’ edition for Tuesday, January 25.

Before that though, remember we have cash prizes up for grabs… check out the newspaper for details!

NON-Communicable Diseases remains the number one killer in Fiji with 5700 related deaths recorded in 2020. According to a Ministry of Health statement, outpatient data recorded more than 176,000 patients treated for diabetes between 2013 to 2018.

SOCIAL Democratic Liberal Party leader Viliame Gavoka says disloyal members are quitting the party on their own accord and they will be “punished” by the people during the upcoming election. He said party members allegedly working for another party were investigated and some had resigned.

THE Ministry of Education will soon launch a survey on e-learning technologies available in schools.

Enrolments for Early Childhood Education, Year 1, and Year 9 for the 2022 academic year will be carried out as per the policy on school zoning in Fiji.

FIJI recorded 5700 deaths in 2020 that were due to complications related to Non-Communicable Diseases.

THE Fiji Revenue and Customs Service paid a company $849,738 for the supply of Vat Monitoring System (VMS) software, only to find out the “software being developed did not have certain features”.

ONLY one of three-wave buoys deployed in 2019 to gauge the height of surrounding water level, pressure and temperature is still operational, Minister for Meteorological Services Jone Usamate said.

Students turn up in north schools on the first day,

DEATH toll in Tonga as a direct result of the volcanic eruptions from Hunga Ha’apai Hunga Tonga stands at three, reveals the New Zealand Government which is coordinating relief works in the Kingdom.

THE iTaukei Trust Fund Board will be engaging a project manager to oversee the rebuilding of the burnt down Great Council of Chiefs Building at Draiba, Suva, says board CEO Aisake Taito.

MORE than 7000 single parents affected by the COVID-19 pandemic were referred to the Fiji National Philanthropic Trust Cash Assistance Program (FiNCap) under the Save the Children Fiji.

SOCIAL Democratic Liberal Party members who are not loyal to the party are quitting the party on their own accord, party leader Viliame Gavoka said.

THE Ministry of Waterways says 8000 square meters of mangroves will be “scrubbed” during desilting works in the Nasivi river in Tavua to safeguard the town and its adjacent communities from flooding.

A 17-year-old who took part in a daylight aggravated robbery was handed a 2-year jail term suspended for three years.

A man who obtained a Group six driver’s license without sitting the required tests at Land Transport Authority has been jailed for months.

THE case of Mohammed Asif Hanif and 41 other former Fiji Revenue and Customs Service (FRCS) employees was called in the Employment Relations Court of Fiji in Suva. 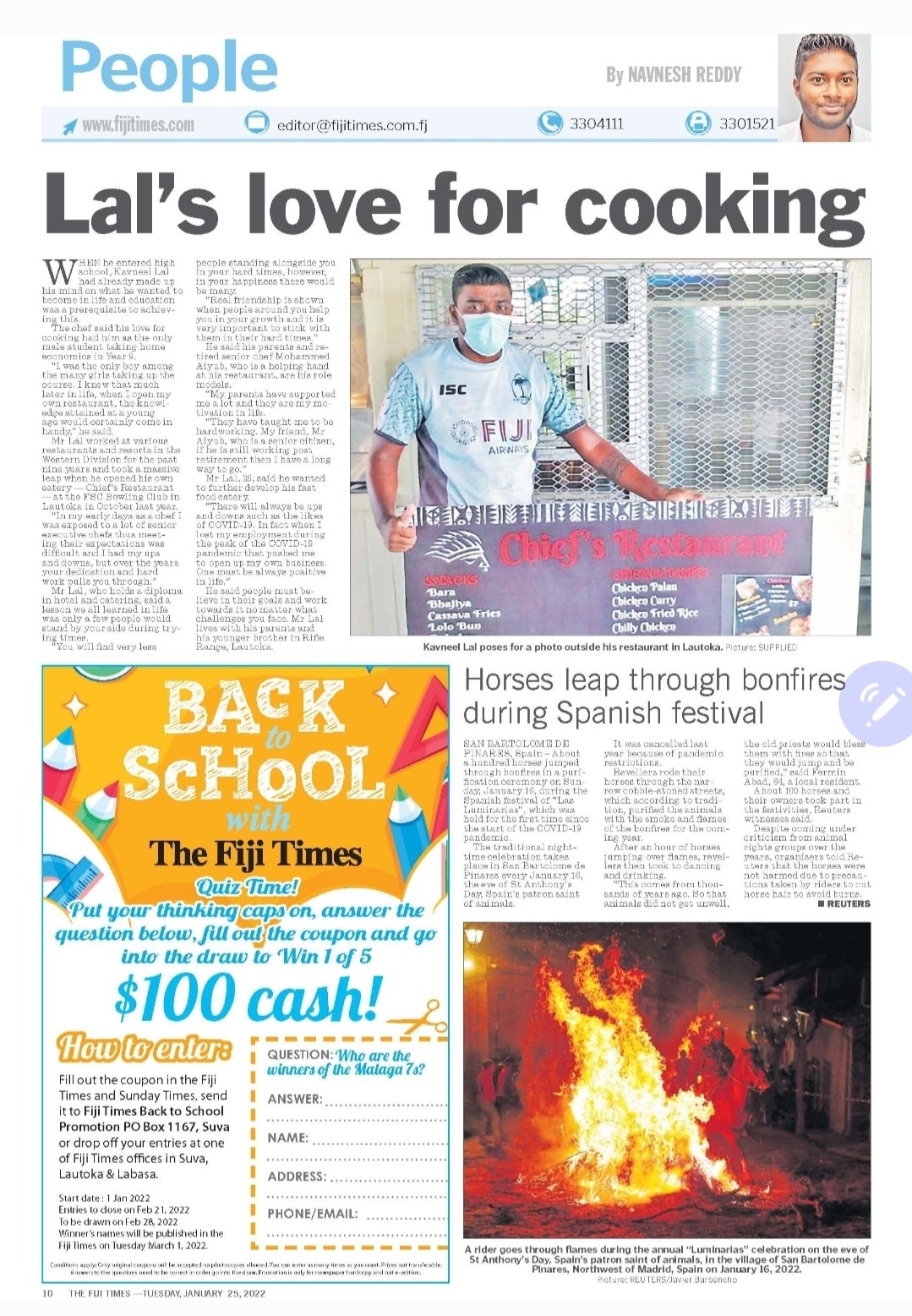