From the Editor-in Chief’s desk: Your January 24 briefing 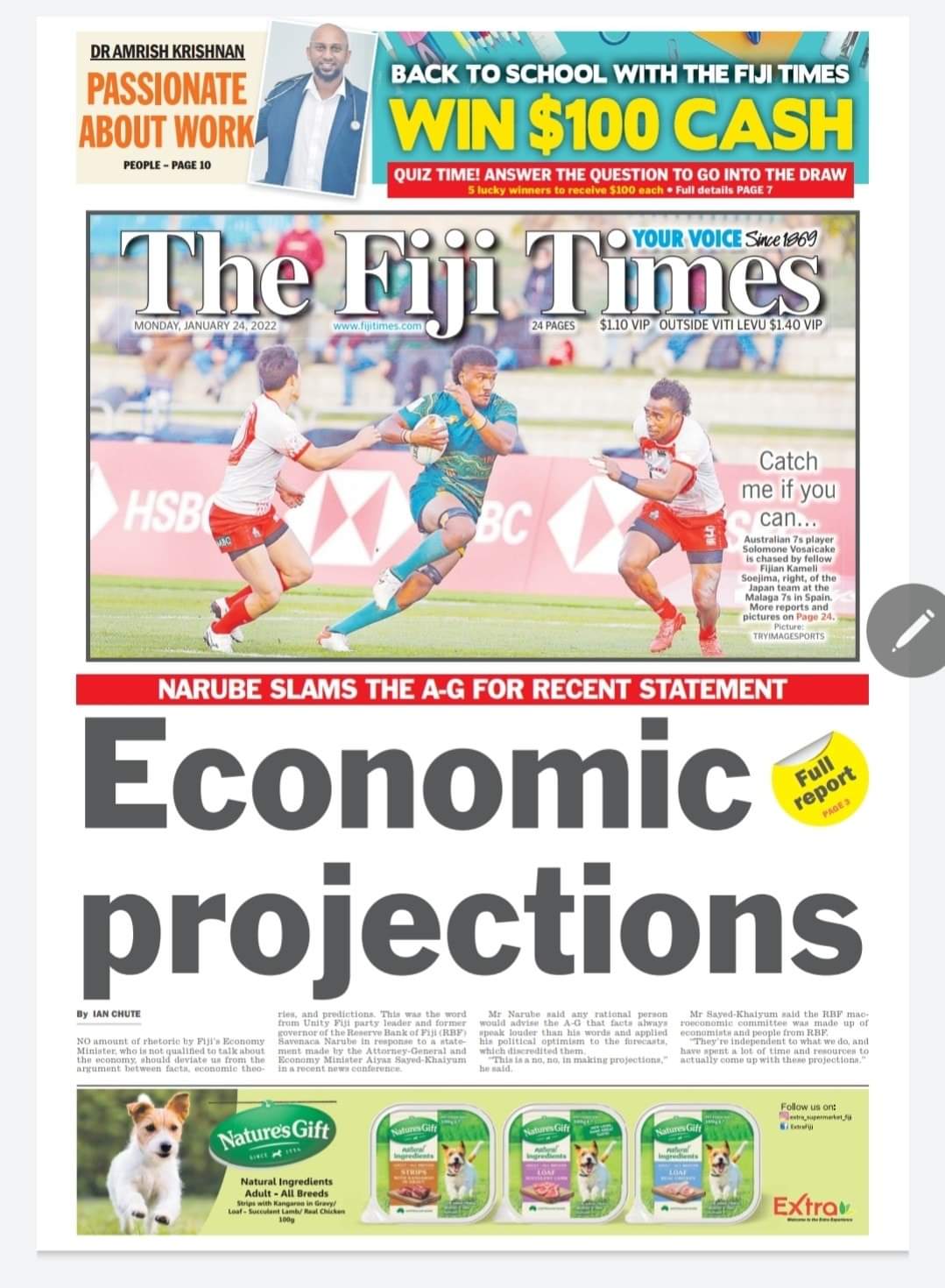 Bula
Here are some headlines that made The Fiji Times for Monday, January 24.

HEADLINES
PAGE 1
NO amount of rhetoric by Fiji’s Economy Minister, who is not qualified to talk on the economy, should deviate us from the argument between facts, economic theories, and predictions. This was the word from Unity Fiji Party leader and former Governor of the Reserve Bank of Fiji (RBF) Savenaca Narube in response to a statement made by Attorney-General and Economy Minister Aiyaz Sayed-Khaiyum in a recent media conference.

Page 2
-FIJI will not lift COVID restrictions out of fear of a resurgence of cases – which was experienced after a few health measures were relaxed in November last year.
– THE new Ba Hospital is expected to begin operations at the end of this month if equipment arrives on time, says Attorney-General and Minster for Economy Aiyaz Sayed-Khaiyum.

Page 4
-THE Ministry of Fisheries has signed documents to finalise processes for the temporary uplifting of the beche-de-mer (BDM) ban.
-COORDINATION with international partners to combat poaching and other illegal activities out at sea has been successful, says Fisheries Minister Semi Koroilavesau.

Page 5
-MUNICIPAL Councils have to be self-sustaining, says Attorney-General and Minister for Economy Aiyaz Sayed-Khaiyum.
While speaking at the opening of the Ba Municipal open market, he said councils needed to generate revenue that could ensure services were delivered to Fijians.
– FLOODING in Tavua is being addressed with the start of de-silting works along the Nasivi River.
-THE Ba Town Council has refuted claims by a group of employees claiming they have not received any pay increase in a long time.

Page 6
On July 9, 1994 this newspaper published a report that an army helicopter travelling to pick Prime Minister Sitiveni Rabuka from Labasa crashed into the sea near Levuka.

Page 7
-YOU have taken the lives of three generation of Nirmal Kumar’s family.
This was made known to Mohammed Raheesh Isoof when he was handed life sentences for the killing of Mr Kumar and his family in the Nausori highlands in 2019.
-OUR children need to return to school but there should be programs in place to help them transition smoothly into the face to face class environment, says Fiji Council of Social Services director Vani Catanasiga.
-A Non-Governmental Organisation in the country that assists in educating needy children is concerned that the recent flooding by the effects of TC Cody, combined with the effects of COVID-19 has laid back students in their studies.

Page 14
1.) LAUTOKA residents should expect a hike in the prices of fresh market produce in the next three months.
2.)SAVE The Children (STC) says over 80 per cent of Tongans were affected by the volcanic eruption and subsequent tsunami in Tonga last weekend.
3.) THE University of Fiji signed a Memorandum of Understanding (MOU) with the I’Taukei Trust Fund Board on Friday.

Page 15
THIS is the continuation of the story of Colin Philp, the man behind the mission.
He was born on October 24, 1961, the eldest of Colin Ernest Philp and Ana Kafoisolomone Wainiqolo’s three sons.
His father had three wives during his life, and fathered a large family. 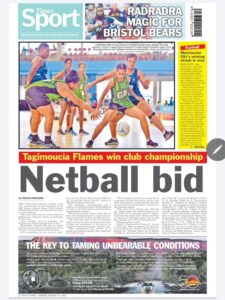