From the Editor-in-Chief’s desk: Your January 15 briefing 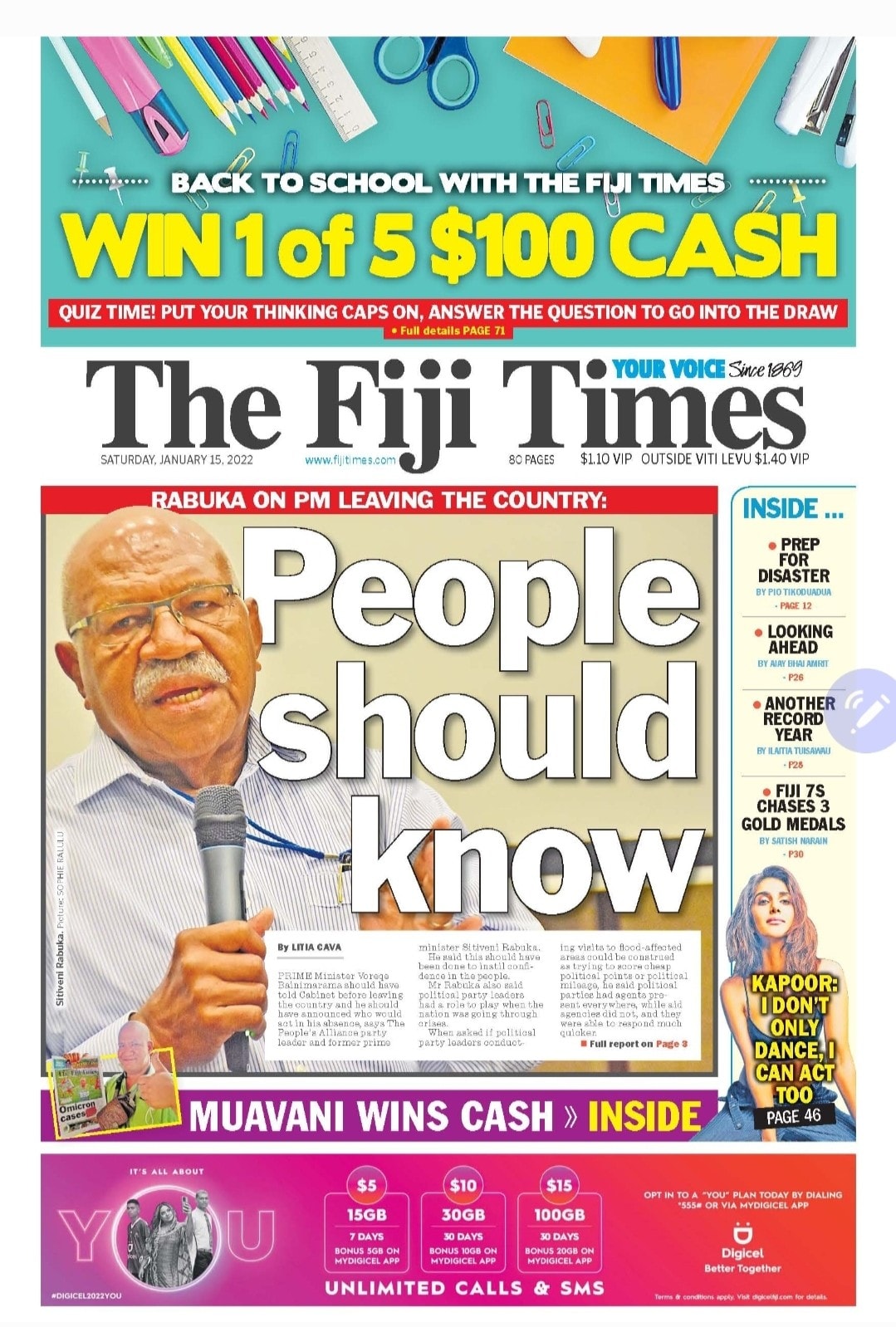 Bula! As we count down the hours to the weekend, I wish you well wherever you are. Stay well and stay safe. Wishing you a great weekend!

Today we farewelled two senior journalists in the newsroom.

It was an emotional moment for members of the team, but we realise that life must go on, and we wish them well in their future endeavours.

This opens up positions in the newsroom, and if you are interested, you have what it takes to be a journalist, you have qualities we are after, and you feel you can make the cut to be part of the team, check out the vacancy adverts in Saturday’s edition.

Here are some headlines that made The Fiji Times’ edition for Saturday, January 15.

By ILAITIA B TUISAWAU

YOU CAN WIN CASH