From the Editor-in-Chief’s desk: Your December 6 briefing 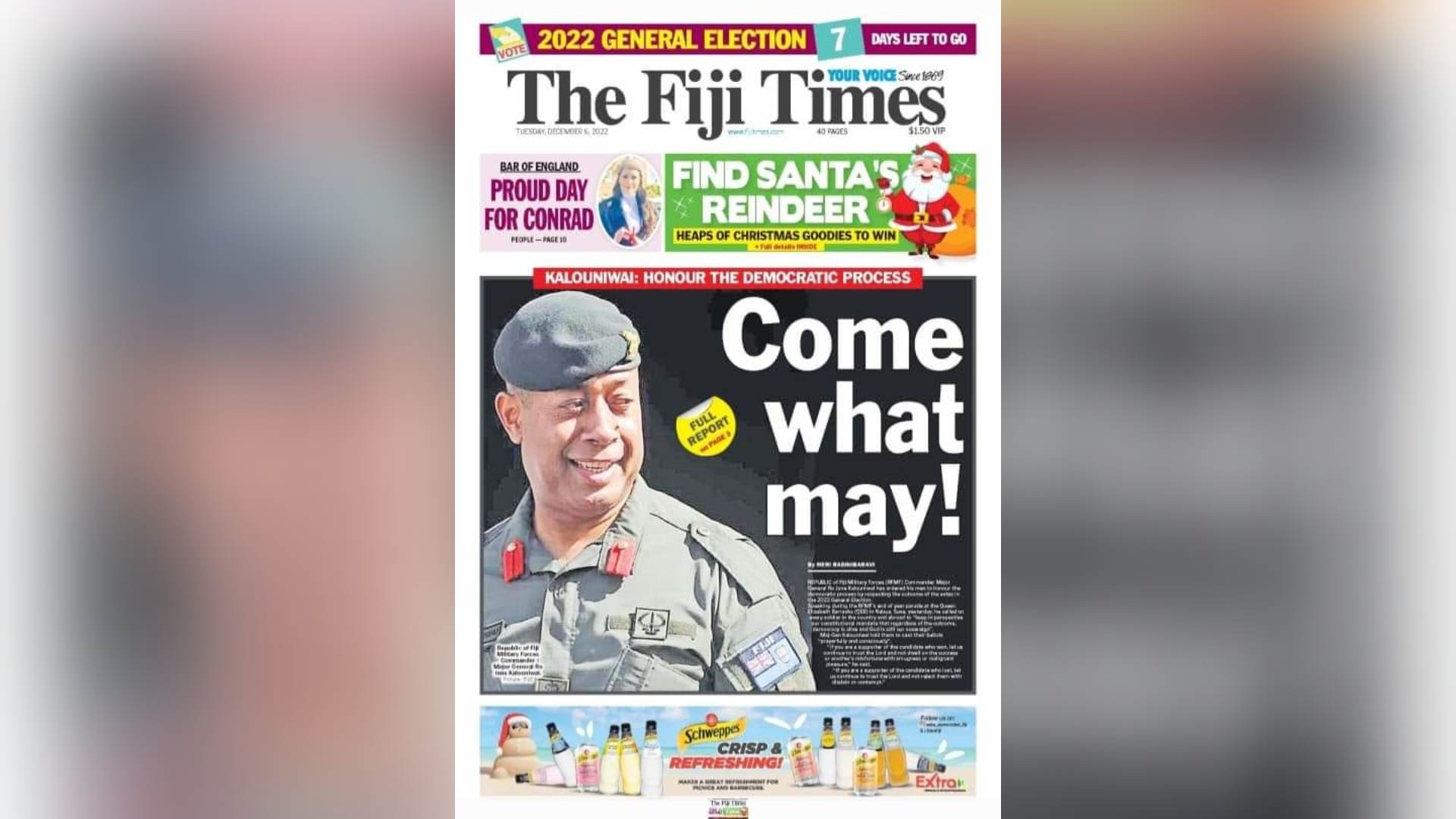 The big one on the front page of The Fiji Times for Tuesday, December 6 is about a powerful message delivered by the commander of the Republic of Fiji Military Forces Major General Ro Jone Kalouniwai.

Speaking during the RFMF End of Year Parade at Queen Elizabeth Barracks (QEB) in Nabua, Suva, he called on every soldier in the country and abroad to “keep in perspective our constitutional mandate that regardless of the outcome, democracy is alive and God is still our sovereign”. Maj-Gen Kalouniwai told them to cast their ballots “prayerfully and consciously”.

Log onto www.fijitimes.com for the latest news updates and videos from around the country. Keep up with election news via The Lens@177 on the Fiji Times Facebook page and on our Youtube channel.