From the Editor-in Chief’s desk: Your December 3 briefing 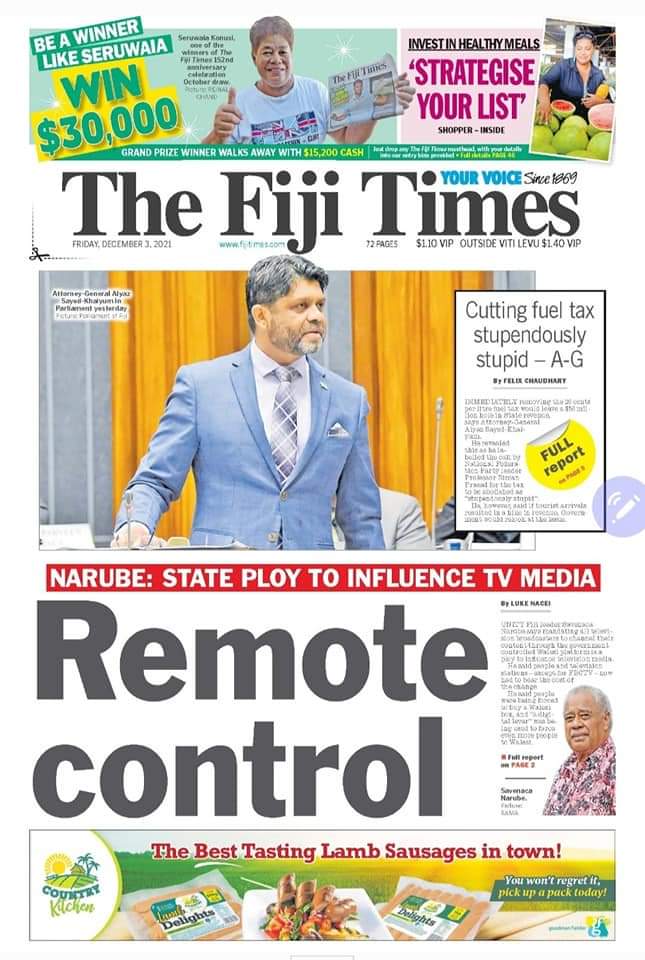 Today was pretty hot up here in Labasa. The temperature gauge sat at around 35 degrees Celsius for the better part of the day. It was hot!
Before we get to the headlines, remember we are celebrating our 152nd anniversary and you can win cash prizes with us. Scroll down for details.

HEADLINES
Here are some headlines that made The Fiji Times’ edition for December 3.

PAGE 1
# UNITY Fiji leader Savenaca Narube says mandating all television broadcasters to channel their content through the government-controlled Walesi platform is a ploy to influence television media. He said people and television stations – except for FBCTV – now had to bear the cost of the change. He said people were being forced to buy a Walesi box, and “a digital lever” was being used to force even more people to Walesi.
# IMMEDIATELY removing the 20 cents per litre fuel tax would leave a $56 million hole in State revenue, says Attorney-General Aiyaz Sayed-Khaiyum. He revealed this as he labelled the call by National Federation Party leader Professor Biman Prasad for the tax to be abolished as “stupendously stupid”. He, however, said if tourist arrivals resulted in a hike in revenue, Government would relook at the issue.

PAGE 2
# THE Ministry of Health has announced that a number of travellers arriving from the African continent tested positive – but it will not say how many. The Ministry of Health permanent secretary, Dr James Fong, said the positive cases included “just a few” Fijians travelling from African states.

PAGE 3
# SOCIAL Democratic Liberal Party leader Viliame Gavoka says Fiji is getting direct budget support from Australia and New Zealand because of the “China factor”. During a debate on the Hotels and Guest Houses (Amendment) Bill 2021, he rubbished comments made by the Attorney-General, Aiyaz Sayed-Khaiyum, that Fiji was getting direct budget support because the FijiFirst Government was the first administration to meet the stringent requirements needed to obtain it.

LETTERS TO THE EDITOR/LEADER
Readers have their say on issues that matter and you can read their views on Pages 8 and 9.
# The leader is on COVID-19 and the revelation that we have some positive cases of people from Africa. Read about this on Page 8. 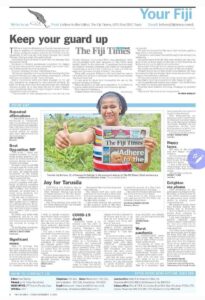 PEOPLE
This section is about people.
Read about:
VOTUALEVU, Nadi resident Babu Kumar has lived a simple life and followed the thumb rule that is “there is no substitute for hard work”. The soft-spoken bachelor said farming had been a part of his life for the past 20 years. “I have been farming since I was a very young boy,” said the 39-year-old. Babu said his father was a role model for him and taught him everything he needed to know about farming. 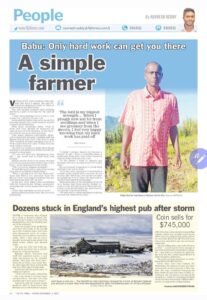 TIMES SHOPPER
This section is much more than just about supermarket adverts. Check it out inside! 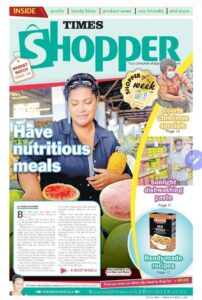 SPORTS
The big on the back page is about rugby union.
Read about
# OLYMPICS gold medal winning coach Ben Ryan is sure Fiji can expect some “class 7s” from the Fiji 7s team at this weekend’s HSBC World Rugby Sevens Series Emirates Airline Dubai 7s tournament which kicks off today. “Looking forward to see some ‘class 7s’ and cannot wait to cheer the boys again later this weekend,” Ryan said in a post on social media. 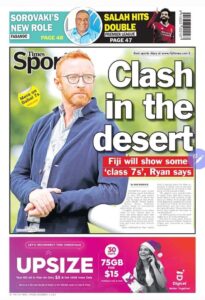 YOU CAN WIN CASH WITH THE TIMES
Remember we are celebrating our 152nd anniversary and you can win cash with the Times. There were 10 winners in September and 20 winners in October. In November, 30 lucky readers had the chance to win $152 each, and also get into the draw to win the grand prize of $15,200. In this month of December, 40 lucky readers will win cash prizes!
All you have to do to get into the draw is to cut out the masthead of the Fiji Times, write your name and address, and a phone contact on it, and drop this into a bin at a participating store near you. Turn to Page 46 for details!