From the Crowd: Troubles with tradies 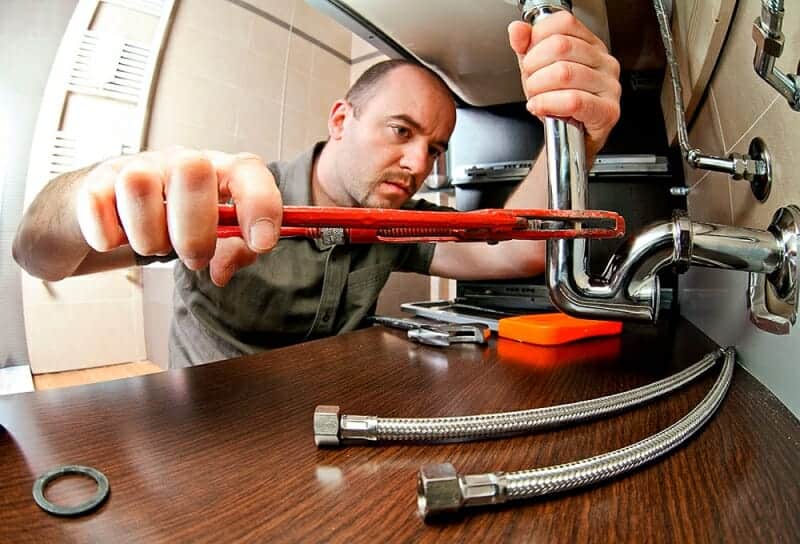 The young tradie was cheerful, helpful and reminded me of the nice guy who comes to Darkest Flagstaff to fix our washing machine there. Picture: https://www.imar.com.au

The household has had a run of people and objects that aren’t there. It began with the succession of tradesmen that we required.

Tradies, as they are known in Australia where I am now a COVID-19 refugee, are highly respected for their undoubted skills, and work in quite mysterious ways.
When it comes to evasions and distortions of accurate detail, they could give President Trump a lesson or two.

For instance, when they say “yes”, that they agree to come and fix the washing machine, it is apparently not a binding agreement. Nor is “I’ll be there just after lunch”. That seems to mean lunch on Tuesday three weeks away. Or perhaps sometime before Christmas. Often it turns out to be the very moment you are stepping out the door to go to a dental appointment. You are torn between standing up the dentist and having to wait weeks for another vacancy, or worse, turning away the actual real, live tradie who has come to rescue you from weeks of handwashing sheets and towels.

Go to the dentist and you go back to playing phone tag with the tradie, who is remorselessly jolly and polite and says definitely he will be there by Wednesday. Possibly meaning the third Wednesday in November.

Sometimes the wife answers, especially if it is a young tradie who has set up his own business. You ask to speak to young Dave or Bluey and she says politely but firmly “not here”.

You ask if she knows where he is, hoping the answer is ‘on the way to your address’ although it never is. She answers “don’t know”. You end up trying to leave a message which you suspect is not being written down, even in the margin of the magazine article the wife was reading before being interrupted by your phone call.

You are left listening to the dial tone and wondering if there is anything significant in the wife not knowing where her tradie husband is. What if he is having an affair with a blonde who blocked the washing machine outlet with her husband’s t-shirt so she could call the hot tradie again. If so, does the wife suspect. What if she throws him out and keeps the dog and the mobile phone.

Many such dire thoughts intervene before the cheery chap actually arrives on the doorstep and spends five minutes listening to the funny noise that started when the washing machine stopped before hauling a piece of underwear out of its innards.

“It’s the underwire, it often happens,” he says with another jolly laugh that just cost you $63.49 to tap on his electronic cash transfer thing.

The refrigerator tradie was even more elusive. In vain we pleaded with him daily to come, the weather was warming and being without a refrigerator was causing us problems. “This afternoon” or “definitely tomorrow” and even a spurious time, such as twenty-five past four, was promised. Didn’t happen.

On the other hand, thrown on our own resources to stop fresh food from rotting around us, we fell back on the village know-how that my grandma would have used. Butter and milk were stood in bowls of water, greens were washed and wrapped firmly in damp newspaper, some things were left on the bench, others hidden under the tea towels in the drawer. Just to confuse us, sometimes the refrigerator worked. However, it worked only too well and froze everything from the top to the very bottom, including the celery and kiwi fruit and tomatoes, not just the chicken pieces and peas.

There is not a lot you can do with celery once it freezes and then thaws. It lies there like a dead person wearing a floppy green wig until you can give it a decent burial in the far corner of the compound, along with yesterday’s leftover dhal and the other thing in the plastic takeaway container that really needed taking away quite a long time ago.

Eventually, we got rather pressing, pointing out that we had already paid for two expensive parts that were apparently not working plus the food that went bad; enough, in fact, to have bought a new refrigerator. A smaller model maybe, even a good second hand. People are practically giving them away on community networks.
The tradie picked his biggest bloke to finally come over and deal with us. I fronted for the household and was treated with a disrespect I had not expected from the usual tone of the phone calls we’d had. I was harangued about what had been repaired when refused any refund on the grounds that the parts were now no good to the tradie, he couldn’t use them for repairs unless they were brand new and generally spoken to like an idiot rather than an older woman who doesn’t pretend to know anything about how refrigerators work.

Fortunately for us, a friend renovating his apartment arrived with his excess to requirements, excellently working fridge in the back of a truck, got his dad to help move it in and got our fridge out on the roadside for the council pick-up. Actually, we had to bring it back and put it on the verandah until next week, the council is a bit strict like that. But we now have a working refrigerator and prospects are good.

It was with caution we contacted a tradie to install an airconditioner obtained at a bargain price on the community network. A stripling youth turned up with his spotty-faced teenage brother and immediately blew my mind by picking up, on his own, out of the shopping trolley we had borrowed to get it inside, the whole huge and very heavy airconditioner. He then trotted up to my little kitchen stepladder and slotted it into the appropriate place on the wall, unaided. The teenager passed him the tools required, there was a bit of messing about, and then the roar of our cooler summer came online.

The young tradie was cheerful, helpful and reminded me of the nice guy who comes to Darkest Flagstaff to fix our washing machine there. He not only finds out what’s wrong this time but seems to be able to invent a part to fix it.

My belief in tradies is restored, they are real and they do turn up, but now most mysteriously the cabbage is missing. I felt sure at 2am, when I happened on an interesting recipe on YouTube, that I had a cabbage somewhere, probably the kitchen. The rest of the household suggests I imagined it. Rubbish, I say – I may imagine a polite and helpful tradie to deal with the mantelpiece that has fallen off the wall, but a cabbage? Pshaw.

u The views and opinions expressed in this article are the author’s and not necessarily of this newspaper.