From the Crowd: Too late Bill 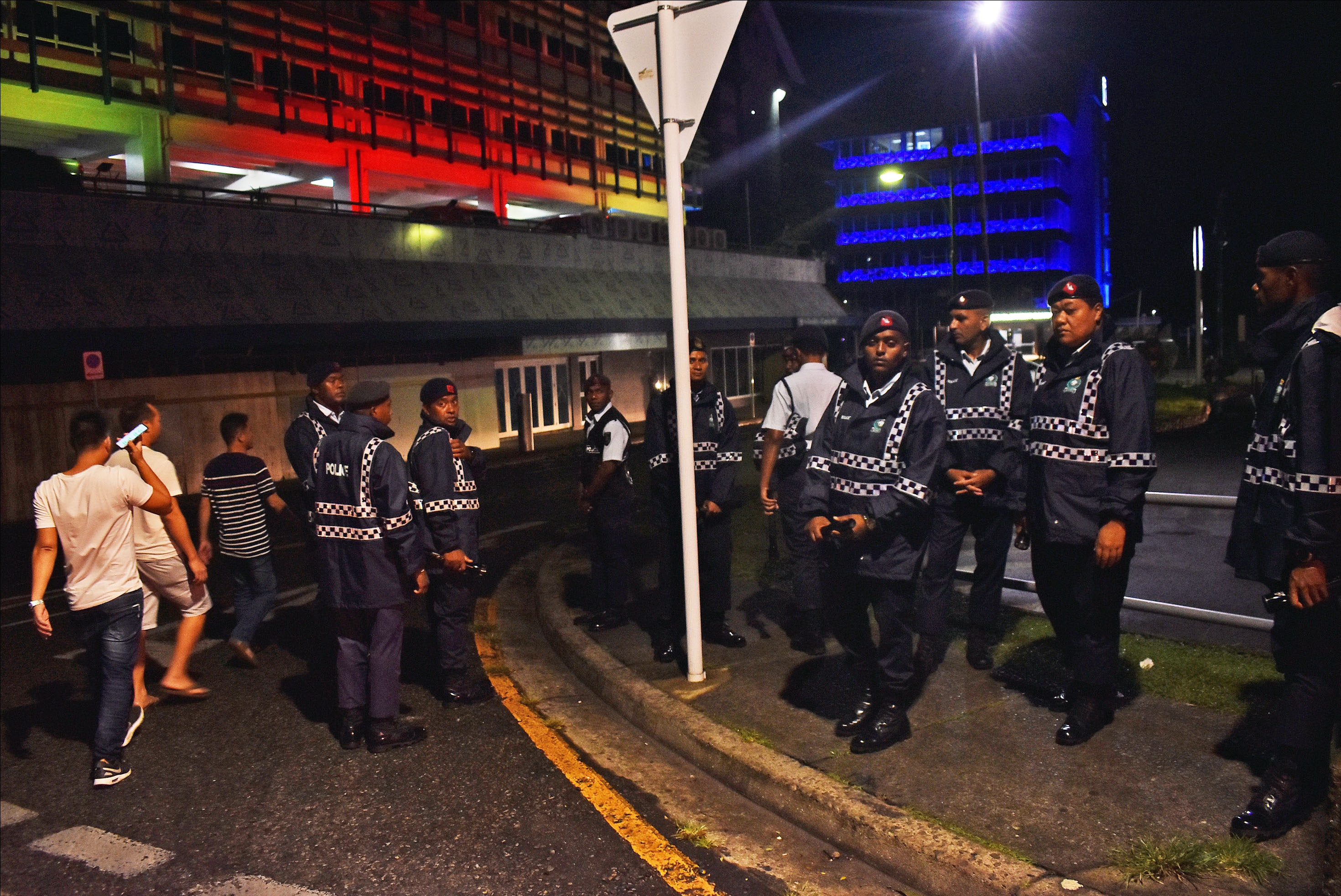 A large number of police officers out on the streets in Suva for the New Year's operations on Tuesday, December 31, 2019. Picture: JONACANI LALAKOBAU/FILE

The Draft Police Bill 2020 being floated around Fiji for approval has perhaps arrived too late and too little as far as I’m concerned.

Where were these strong, some even say draconian, measures when my children were still young?

Attempting to get information from a small child or especially from a teenager is an exercise is subterfuge, sneakiness and threats of brute force. Often a fruitless exercise.

Go on, just ask the next kid who dawdles home after school what they did today. Grim silence is the usual response.

Mostly all you get is that suspicious sideways stare that every four year old has perfected.

Like, why are you asking me? Is this a trick question?

It is enough to make those responsible for child care wonder if some other bill was passed while we weren’t paying enough attention.

One that was about all citizens less than five years old having to sign an official secrets act.

When it comes to passing on information, children in my experience are so close-mouthed they could have been recruited by the CIA.

Asking what an innocent babe did in Class One that day is hardly a matter of deep secrecy that should never be revealed to another living soul.

Yet the response was invariably a surly ‘nothing’. Nothing?

You can’t have spent six hours or so doing nothing? Aren’t you learning to read or something?

All you get is another sidelong look before the bathroom door is shut in your face.

You assume the child is destroying the secret papers in its Super Hero backpack and hiding any weapons in the vanity unit.

Hopefully not setting anything on fire. So okay, responsible adults can take a hint, we don’t have to know every intimate detail of a child’s day. But a dribble of information would help.

The sort of thing they produce in a three day old letter from a secret pocket in their Super Hero backpack the following morning that asks parents to send a ‘plate’ for some special function that is to be held at school that very morning.

These days I dare say the new bill will allow responsible adults to wrench the mobile phone out of the child’s grasp and check for such important missives.

While you are searching the back of the cupboard for the emergency packet of supermarket biscuits to put on the requested plate, the child continues not to admit to any knowledge of the event with a well-practised shrug of total denial.

This is the shrug you get if you ask where the child’s blue raincoat is, or what happened to the lunchbox lid. Complete deniability is not something only politicians learn.

An exciting part of the 2020 draft bill proposes the power to secretly or forcefully enter any premises to place tracking devices. What a delight that would be, to know where children, especially teenagers, are at all times.

Naively I had assumed that a teen with a mobile phone would be always accessible and be obliged to reveal their whereabouts to responsible adults. They lie.

‘If you are at basketball training what is that loud music I can hear? No, it doesn’t sound like a bus going past or choir practice.’

Nor was it likely that there were so many dead spots in the greater town area that did not allow a good mobile connection.

Another joy to the world proposed in the draft bill is to allow secret monitoring and recording of ‘communications’ of people who are about to, or who have, committed a crime.

In my experience this would cover about 99.9 per cent of all children almost all the time.

If they weren’t actually being involved in some illicit activity, they were mostly either secretly planning it or actively running away from it.

What an advantage it would be for responsible adults to be able to listen in to nefarious or even innocent schemes being cooked up on a mobile or email.

It would answer the question ‘where are you going?’ far more satisfactorily than the usual response of ‘out’.

No use asking out where or to do what, by then you are talking to the back of a child’s head disappearing through the door.

But not if you had a secret bug listening in, like real James Bond sort of stuff.

And here’s the best bit of the draft bill: it will allow recruitment of an informer.

This person is what children know as a ‘telltale tit’.

It comes with a rhyme that goes something like: Telltale tit, your tongue will split, chop it into pieces and have a little bit.

The response from an indignant, accused child, whether guilty or innocent, was to retort: Liar liar, pants on fire, sitting on the telephone wire.

But if informing is your thing, perhaps it could be a career path in an era of unemployment, budget cuts and economic mayhem.

There are still my growing grandchildren to consider.

But they are sharper than a serpent’s tooth, as the saying goes, and they may be extremely ungrateful and wary of a quick-smart
process to put in place what they could consider a road to autocracy and dictatorship that violates their rights as individuals.