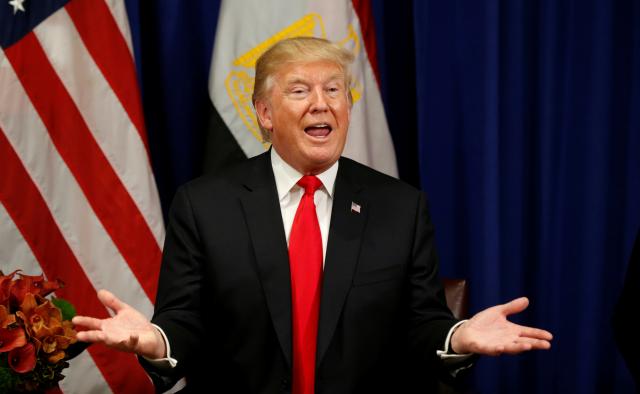 UNITED NATIONS (Reuters) – He has chaired board meetings, cabinet meetings and starred in a reality television show, but on Wednesday U.S. President Donald Trump will wield the gavel in the United Nations Security Council to denounce Iran for what it sees as its malign regional behavior.

Trump is able to preside over the 15-member council as the United States holds the monthly rotating presidency, which coincides with the annual gathering of world leaders at the United Nations in New York this week.

“I am sure that’s going to be the most watched Security Council meeting ever,” U.S. Ambassador to the United Nations Nikki Haley told reporters.

But despite the unpredictable nature of Trump, some diplomats aren’t expecting a reality television performance in the Security Council, where nearly every member is likely to be represented by their prime minister or president except Russia and China, which are expected to send ministers.

“I don’t think it will be that entertaining at all,” said one senior U.N. diplomat, speaking on condition of anonymity.

“Even those who don’t like him, the attitude of all other heads of state and government in a public meeting when faced with any president of the United States of America is to be on their best behavior,” the diplomat said.

It is rare for the council – formed in 1945 to maintain international peace and security – to meet at the head-of-state and government level. This will be the third time the body is chaired by a U.S. president. It has the ability to impose sanctions or authorize the use of military force.

Trump’s predecessor Barack Obama presided over meetings in 2009 and 2014 on nuclear non-proliferation and foreign terrorist fighters. In both cases the council adopted resolutions on the topics under discussion. U.S. Ambassador Nikki Haley said there are no plans to adopt a resolution at Wednesday’s meeting.

“We want to make sure (Iran) understands the world is watching. That’s the biggest reason for this meeting,” she said earlier this month.

The topic of the meeting will be non-proliferation of weapons of mass destruction, a broad issue that allows leaders around the horse-shoe table to raise a variety of subjects from North Korea to chemical weapons attacks in Syria and Britain.

However, Trump signaled on Twitter he will zero in on Iran, when he posted: “I will chair a United Nations Security Council meeting on Iran.” Tehran has accused the United States of abusing the power of the Security Council president.

The U.S. concept note on the meeting circulated to Security Council members does not specifically mention any countries.

“The purpose of this meeting is to discuss ways the Security Council can better enforce the resolutions it has adopted … to counter the spread and use of the world’s most dangerous weapons,” it reads.

The role of the Security Council president is typically administrative and neutral. The president is in charge of scheduling and presiding over council meetings and briefing other members states and the press on the council’s work.

Trump will have a binder in front of him to read from in order to run Wednesday’s meeting. He will make a statement first in his national capacity and then it is likely to take about two hours for all council members to speak. Haley has twice taken council envoys to Washington, where they have met with Trump.

Russia has shielded Iran from U.S. attempts to get the Security Council to call out Tehran over accusations it supplied weapons to Yemen’s Houthi group, a charge that Iran denies.

When asked what he thought about Trump chairing a Security Council meeting, Russia’s U.N. Ambassador Vassily Nebenzia said with a smile: “I felt thrilled.” He added: “I don’t think we will see any major intrigue in what he will say.”