From Labasa to Suva – Life goes on for Prasad 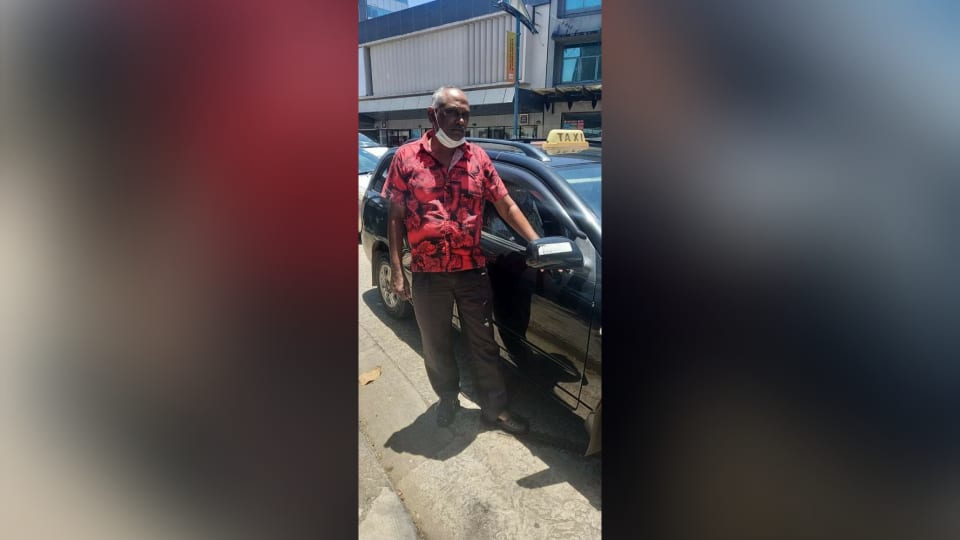 Kampta Prasad at his taxi base in Suva. Picture: WANSHIKA KUMAR

When Kampta Prasad relocated from Labasa to Suva seven years ago, he spent weeks driving around in an attempt to familiarise himself with the Capital City streets.

Today, the Waiqele man is one of the most knowledgeable cabbies at the Club Stand taxi base in Suva.

When The Fiji Times asked Mr Prasad about his move from Labasa, he said he opted to relocate in a bid to provide a better future for his children.

“I got married in 1987 and worked on my father’s sugarcane farm but when my children started their tertiary education and got a job in Suva, I had to shift here for them,” the 54-year-old said.

“I came to Suva only for the sake of my children otherwise I would have spent my life farming because my father gave me a piece of land on our family farm.”

Financial constraints hindered Mr Prasad from completing his education and he channelled all his energy into farm work. “I only managed to reach Year 11 and after that I started working on the cane farm.

“I was the eldest in my family so I had to take the responsibility and started accompanying my father to the farm to earn for and support our family.

“My father gave me the option to study but after witnessing the challenges faced by my family I decided to help my father on the farm.

“Life was tough for us as a family, during my childhood – things were so hard. Whatever clothes we got, we wore them until they were threadbare, torn and falling off. “We ate whatever our mother cooked however little it was, we didn’t have a choice unlike other children.”

Mr Prasad said their standard of living improved with time.

“Slowly, as we started getting good returns for our cane, our life started improving. My parents really struggled as we didn’t have a proper house, but through our cane farm we managed to improve the shelter we called home and as time went by we managed to extend and strengthen it further.”

He said after more than 20 years of his life on a farm, coming to Suva was a huge culture shock.

“There were many challenges. The first thing was that in Suva we need money to do anything, while in Waiqele we could do farming and basically eat and live off the land.

“Everything we needed was grown and most of the things were available around the house.

“When I shifted to Suva, my son and I managed everything and thank God I had a taxi business on the side as well.”

Mr Prasad said he was blessed to have learnt how to drive while in Labasa.

“On my first day of driving taxi here in Suva, I just cruised around the city, looking at the different streets and roads to familiarise myself. For around two to three weeks I just did that without any customers and slowly I became familiar with the city and suburbs.”

He acknowledged the support provided by his children, wife and other family members after shifting to Suva. He encouraged youths to take an interest in trade work and work hard to what they want in life.