From guns to nursing – Sgt Suka rises against all odds 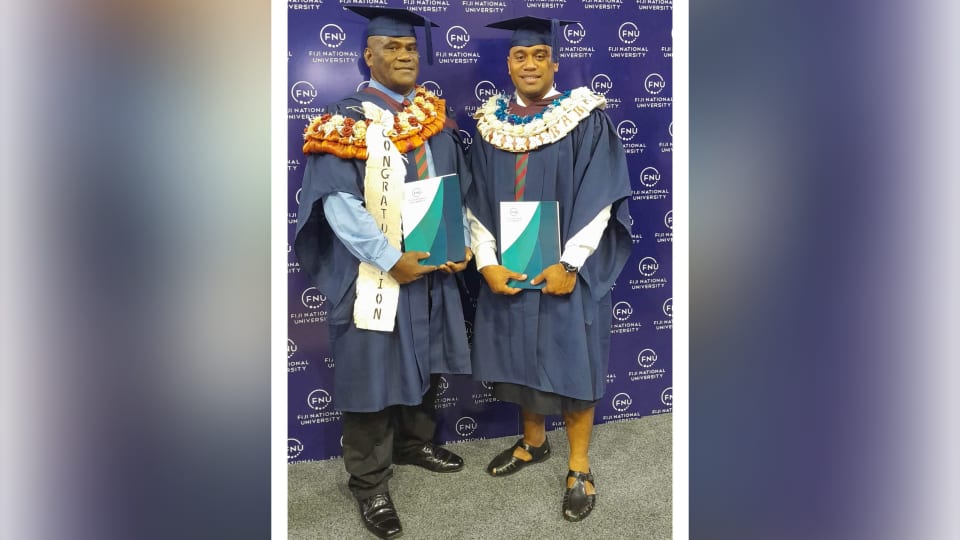 In education, age does not matter. Those words kept 43-year-old military Sgt Vilimoni Sukanacagilaba inspired for years as he pursued his ambition of attaining an undergraduate degree he once thought impossible.

Last week, the father of five from Tabuya, Nabukelevu, Kadavu, was on top of the world after finally attaining a Bachelor of Nursing degree from the Fiji National University.

Sukanacagilaba was the eldest in his graduating class but if one thing, his achievement proved that there was no limit to learning, if the heart and mind were willing.

He left school in 1996 after completing Year 12 at Richmond Methodist High School, subsequently playing for the Raiwaqa Rugby team in the Suva Club Rugby competition until he joined the Republic of Fiji Military Forces.

But Sukanacagilaba did not stop there. With life as his teacher, he enrolled and got a certificate in nursing in 2018. Being a nurse and part of a predominantly women’s field was never part of his dream. It was not easy either.

But grounded on perseverance and determination, he juggled the demands of work, education and family, and reaped the results.

“Life at the Fiji School of Nursing was not easy for me,” Sukanacagilaba said.

He vividly remembers the day when his classmates would ask him about his last year in school.

“After hearing me mention 1996, they laughed and asked me why I was still keen on studying nursing very late in life.

“I told them I wanted to learn more and build on the knowledge and skills I already had. Moreover, I wanted to fulfil my dreams.”

His classmates were not the only ones to be surprised. His wife too was among those who did not understand his decision to do a degree in nursing.

All that changed after Sukanacagilaba assured her that he was doing it ‘all for the family’.

University life was not an effortless ease. It had its share of challenges, later compounded by the effects of COVID-19 pandemic between 2020 and 2021.

It reached a point when Sukanacagilaba began to ask himself whether to continue his studies or call it quits. Luckily, he hung onto hope and never gave up.

“I had to balance my school work and family time, which was not easy because I had to deal with two equally important and competing priorities.”

“I would like to thank my wife Matelita for having absolute faith in me for the past 3 years.”

He also thanked his children and his eldest son Joeli Suka, who is in New Zealand, for his support. Sukanacagilaba believes attaining a bachelor’s degree was not the end for him academically.

He plans to further his education in the near future.

“Today, I am a proud father. Holding this degree has responsibilities, and I will do my best to carry them out.”

Sukanacagilaba said age should never be a barrier to one’s education and career aspirations. “Age doesn’t matter in education. If you set your mind it you can achieve whatever you want in life”.