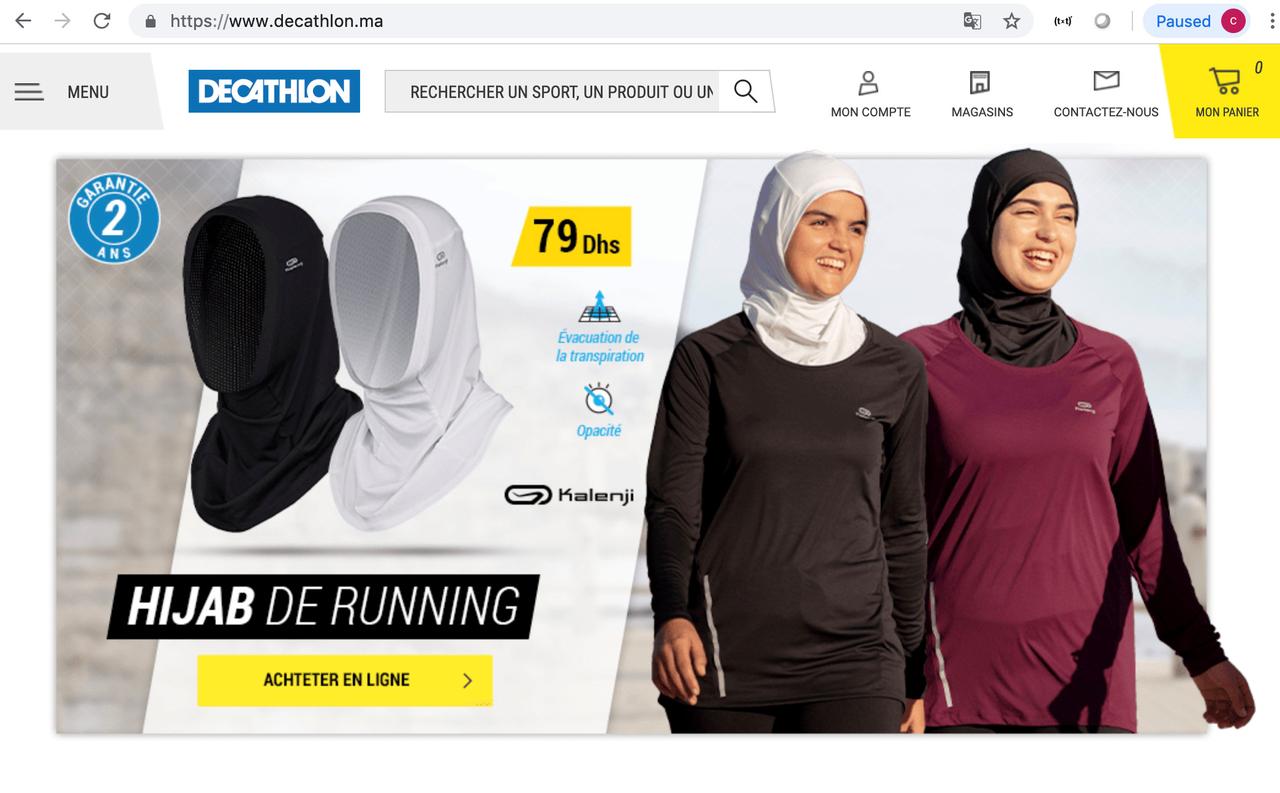 PARIS (Reuters) – A French sporting goods chain pulled a hijab for women joggers from its shelves after it came under fire from politicians and on social media.

Originally created in Morocco at the request of customers there, Decathlon’s “hijab de running” – a nylon hood designed to allow Muslim women to cover their hair while jogging – sparked outrage in France as politicians across the political spectrum said it was a violation of French principles on secularism.

After days of acrimonious public debate and virulent criticism on social media, the sports retailer said in a statement late on Tuesday it had suspended the sale of the item in France over concerns about the safety of its staff, which it said had been insulted and threatened on social media.

French Justice Minister Nicole Belloubet said on Wednesday that sports stores are free to sell the running hijab and that there are no legal objections.

“The debate on this issue became hysterical and I regret that,” she said on radio France Info.

In secular France, civil servants cannot wear hair-covering veils during working hours and face-covering veils are banned for everybody in the public space. Items of clothing seen as asserting a religious identity often spark controversy, even if legal.

In the summer of 2016, several French seaside towns banned the body-covering burkini swimsuit worn by some Muslim women, arguing that the garment – which leaves only the face, hands and feet exposed – defied French laws on secularism and was causing public unrest.

In recent days, politicians from the right and left sharply criticized Decathlon for selling the sports hijab.

“Decathlon disowns the values of our civilization on the altar of market and communitarianism marketing,” Lydia Guirous, an Algerian-born spokeswoman of the conservative Les Republicains party, said on her Twitter feed.

Even Budget Minister Gerald Darmanin of President Emmanuel Macron’s centrist government spoke out against the hijab.

The jogging hijab is still available on Decathlon’s Moroccan website for 79 Moroccan dirhams ($8.29).

Similar head-covering garments not expressly associated to Islam such as hoods for hunting or desert-trekking are still available in Decathlon’s French stores.

Nike Inc. – among others vendors – still sells sports hijabs in three colours for a 30 euros ($34.20) on its French website.