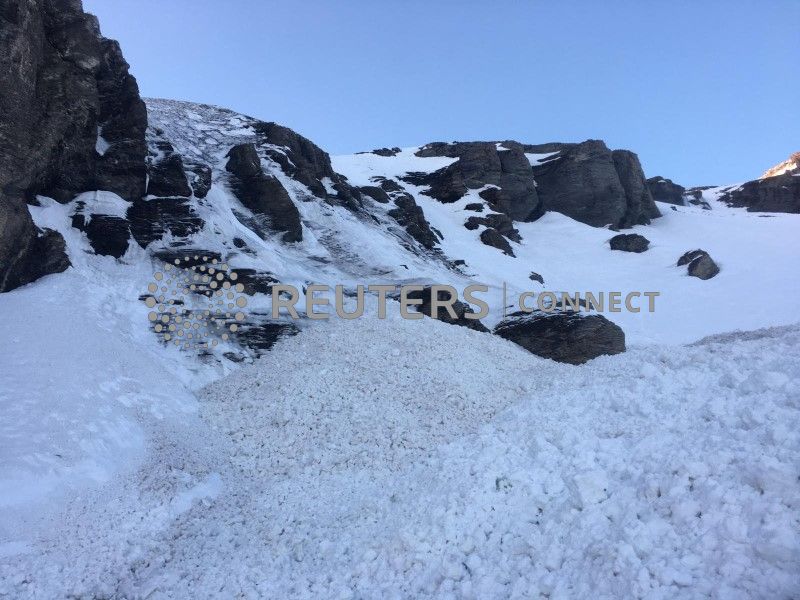 The site of an avalanche is pictured in Crans-Montana, Switzerland, February 19, 2019. Police Cantonale Valaisanne/Handout via REUTERS

CRANS-MONTANA, Switzerland (Reuters) – A French ski patroller has died from injuries after being caught in an avalanche in Switzerland, but rescuers have called off their search after finding no more casualties on the piste in Crans-Montana, police said on Wednesday.

After a large avalanche spilled onto the piste on Tuesday, four people were pulled from the snow and taken to Sion hospital, including one victim in a critical condition.

“The person who was seriously injured died during the night in Sion hospital. He was a French ski patroller aged 34,” Valais cantonal police said in a statement.

Eight helicopters, 12 dogs and more than 240 police, rescuers and soldiers had worked to find any more casualties as night fell after witnesses had reported more people could be buried.

“The search continued all night and was halted this morning. It will resume if the situation requires. No disappearance has been signalled,” police said.