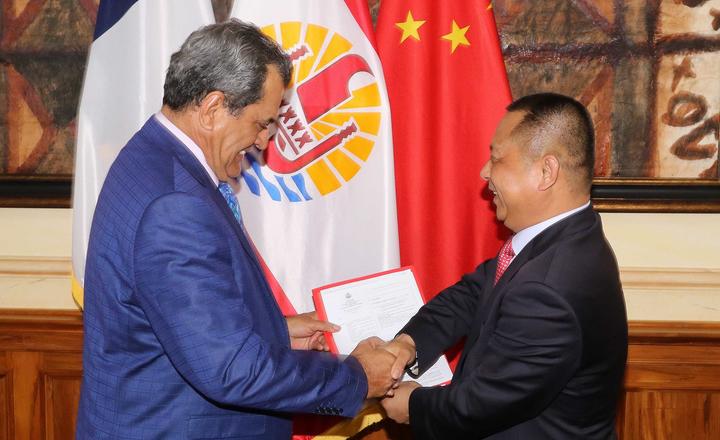 Reports from French Polynesia say key people involved in the Hao atoll fish farm project have been under investigation since January 2019 for alleged misuse of corporate assets.

Tahiti-infos reported that in December investigators questioned the head of the Chinese company Tahiti Nui Ocean Foods, Wang Cheng, as well as a local businessman Coco Taputuarai, who is the head of Coco Group Engineering.

The probe related to cash withdrawals during the planning stage of the project, which in 2015 was billed as the largest fish farm in the world but has been repeatedly delayed.

The Covid-19 outbreak set a stop to the latest efforts to launch the fish farm.

According to the French Polynesian government, it was only possible to get medical supplies out of China last month because of the role assumed by Wang Chen who two years ago became a Commander of the Order of Tahiti Nui.