French Polynesia moves towards ban on ‘craziness’ of seabed mining 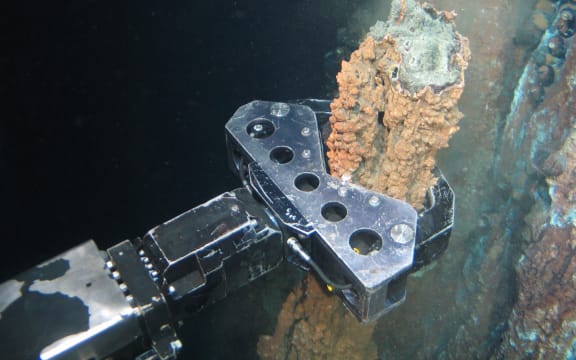 French Polynesia has voted a draft opinion for a temporary ban on seabed mining projects.

The territory’s Council for the Economy, Social, Environment and Culture had 43 members vote for the proposal, while two abstained.

The council acts as a consultant in advising and recommending during the enacting of legislation from the French Polynesian government.

This is after the president of the territory, Edouard Fritch, made a resolution to ban seabed mining after the Pacific Island Forum.

Minister for Marine Resources, Heremoana Maamaatuaiahutapu, told Tahiti Nui TV that this should be an example to other Pacific neighbours.

“Kiribati, Nauru and the Cook Islands are already engaged in an exploration process.

“We need to convince our cousins of the Pacific to stop this craziness.

“We are the first country member of the Forum to take this resolution on, I must say, the exploration of the seabed,” Maamaatuaiahutapu said.

“The knowledge that we have of our seabed is only 5 percent.”

French Polynesia’s Exclusive Economic Zone (EEZ) is more than 4.7 million sq km and accounts for almost half of the water surface under French jurisdiction.

The Council has been urging the government to secure resources in the seabed off France’s overseas territories.

It said France would be negligent not to profit from this as French Polynesia has rare earths, whose reserves are held by China in a near monopoly.

The pro-independence movement regularly challenges France’s control of the resource.

In May, Maamaatuaiahutapu said that Wallis and Futuna, New Caledonia and French Polynesia all had the same stance on deep-sea mining, which is that “if we have to examine what’s on the ocean floor, it should be solely for the acquisition of knowledge, not for exploitation purposes”.

“And that has to be very clear. We want knowledge acquisition missions. I daren’t even say ‘exploration’ because that term is too often associated with exploitation. We have 502 seamounts listed and we don’t know a single one. I think it’s important to know about the biodiversity around these seamounts beyond the minerals they house,” he said at the time.