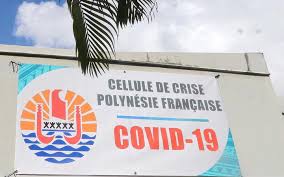 The number of people testing positive for Covid-19 in French Polynesia has risen by four to 34.

The update from the government said the hospitalisation rate is unchanged with one person in care.

Last night a curfew was declared for the first time, forcing residents across all islands to stay indoor from 8pm to 5am.

The curfew will be in place until 15 April, and anyone caught breaching it can be fined at least $US150 and risks one year in prison.

The curfew was foreshadowed last weekend when movements were restricted, and the public was warned of a possible complete lockdown.

Partying in defiance of the meeting ban prompted the authorities four days ago to ban the sale of alcohol until 5 April.

Yesterday’s announcement also tightens travel restrictions already in force between Tahiti and Moorea, which are the two islands sharing the confirmed Covid-19 cases.

Travel between the southern and northern part of Tahiti will also be subject to tighter controls to curb the risk of further transmission.

There will be also closer scrutiny of those in self-isolation after returning from overseas.

Paris to include French Polynesia in emergency funding

The French prime minister Edouard Philippe has assured French Polynesia that it is included in French emergency funding to be released in response to the Covid-19 outbreak.

The prime minister’s office has now replied to an earlier letter sent by the French Polynesian president and confirmed that the territory will be included in the $US1 billion solidarity package for small and medium enterprises.

The French Polynesian government drew up its own support programme to help bridge the loss of income of those now out of work while awaiting support from Paris.

In an interview with Tahiti Nui TV, a French Polynesian member of the French National Assembly Moetai Brotherson said had a conference call with the overseas minister Annick Girardin which helped clarify some points.

While all flights between France and French Polynesia have now been suspended he says it was suggested that there might be exceptional flights to move some more people blocked by the shutdown.

This contrasts with comments by the French High Commission which said about 50 people had to await the resumption of services.

Because of the drop-off in flights, medical supplies ordered from France have not been delivered.

To circumvent the logistical problems, an Air Tahiti Nui is expected to fly to China within days to pick up supplies directly.

In Paris, Mr Philippe has meanwhile announced that in France’s overseas territories doctors from outside the European Union will be allowed to work.

This is being granted after politicians in several territories, including French Polynesia, asked for physicians from Cuba to be admitted.

Mr Brotherson has told Tahiti Nui TV that the model of society needs to be revisited in the context of this emergency, noting that 88 percent of the food consumed in French Polynesia is imported.