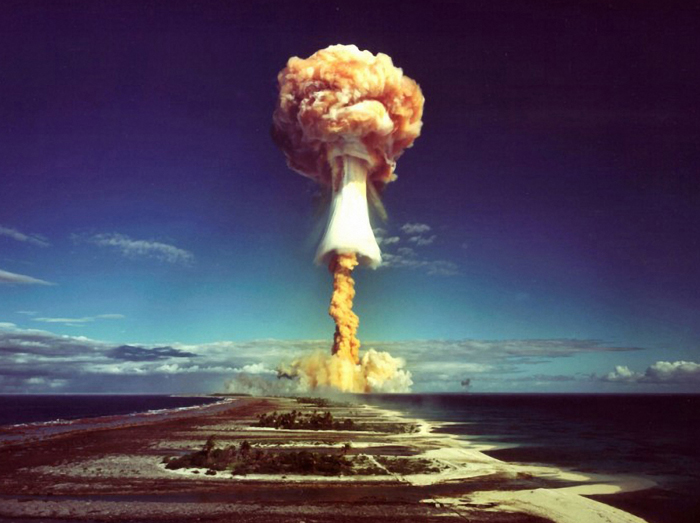 A French atomic bomb test above the atoll of Mururoa in French Polynesia in 1971. Picture: RNZ

The Maohi Protestant church announced its intention during last week’s UN decolonisation debate during which France was criticised for carrying out 193 weapons tests at Moruroa and Fangataufa.

The New York meeting was also told that a complaint for alleged crimes against humanity was lodged with the International Criminal Court at the beginning of the month.

The Maohi Protestant Church says knowing of the impact of nuclear testing before 1963, France proceeded with the tests in French Polynesia, qualifying this as a crime against humanity.

The WCC says French Polynesian authorities are prevented from signing and ratifying the Treaty on the Prohibition of Nuclear Weapons, which seeks to eliminate the weapons which have caused so much suffering for so many people in the region.

France refuses to recognise the UN decision of 2013 to reinscribe French Polynesia on the list of non-self-governing territories and boycotts UN discussions on the topic.